Ever wished you were just a little bit taller, if only so you could reach the top shelves in your kitchen without perching precariously on a stool? Or did you look on enviously at school as folk flew by in the 100 metres on sports day, cursing your comparatively short stumpy legs?

Pretty much everyone on the planet has something about themselves they’d like to change, or swap with a friend. With us, we’d just like to be a bit less clever – it can be a hassle when everyone relies on you on the answers for absolutely everything, you know? Despite my obvious intelligence, however, even we weren’t aware that all we had to do was chuck ourselves into a blender with our chosen subject and, voilà, we’d get what we wanted.

That’s the concept behind Blendimals. Taking on a series of platform stages that throw multiple different challenges at you at once, the idea is you cherry pick elements from the game’s assortment of animals in order to create a beastie that can overcome them, one by one. Initially, you’re forced to blend a rabbit with a rhino, creating a mixmatch that can both hop over gaps in the ground (by swiping up) and charge through any blockers in your path (by swiping in their direction). 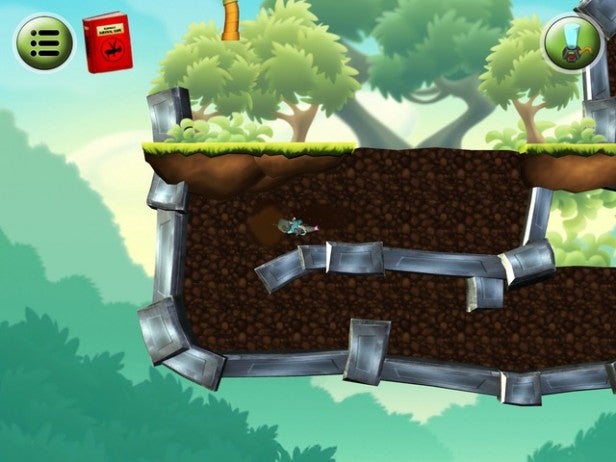 As you progress, so the animals you can mix together begin to diversify – moles can dig through the ground to help you reach new areas, for instance, while blowfish can be blown in any which direction, proving you don’t get sliced up by the fans fanning your wings. Half the battle, of course, is knowing what animals to deploy and when, because the stages themselves – played at quite a pedestrian pace – aren’t all too challenging. It’s just a case of jumping when you need to jump, stopping when you need to stop, and so on.

The big question, however, is whether the game’s unique selling point is enough to pull you through its roster of stages. The actual process of combining the animals is an entertaining one: the first time you drop your creatures into the blender, you have little idea what the end result will look like or how it will move. Combined with some comical noises when they’re fused together, and you have a neat little moment that instantly sets Blendimals apart from every other platformer out there. 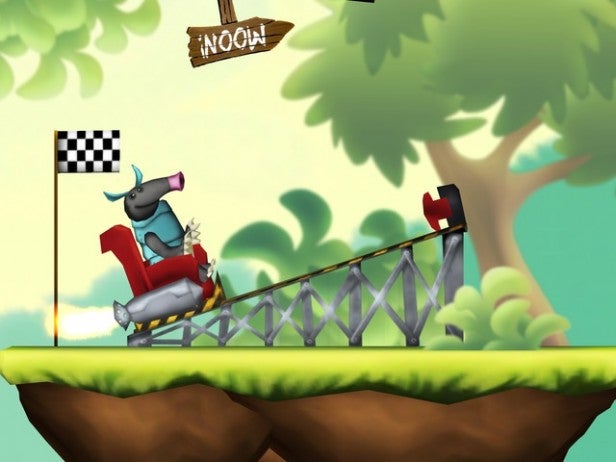 Of course, this is all something of a trick, however. Each individual animal’s abilities are intentionally limited and, rather than the act of blending them opening up new opportunities, all its does is bring the game’s interchangeable lead up to the standard of other platforming heroes. As a result, Blendimals is not the big creative experiment that it bills itself as, but rather a platformer where you have to judge what skills you’ll need en route to a check point, combining the associated animals accordingly.

Strip away the superficial parts of play (and, indeed, a plot line that sees said animals look to shoot off to the moon, which incidentally happens at the end of each successful stage), and what you’re left with is an especially basic (and albeit welcoming) platformer where the gimmick it sells itself on actually has very little impact on the quality of the gameplay. Even when the number of animals you can blend at one time increases, all that means is the levels you face throw in an extra element to keep you on your toes.

Need to fly? Choose the blowfish. Need to dig? Throw in the mole. See gaps in the track to hop over? Throw in a bit of bunny rabbit – and so on.

Though the blending is handled well (complete with a handbook explaining just what your subjects can and cannot do), the whole thing is a little too slow, a little too tame to really keep you entertained for all too long. The design of the levels isn’t overly taxing and, while it’s fun to see your creation break into pieces when things go wrong, there’s not enough jeopardy or menace to make Blendimals truly enthralling, despite its cutesy nature. If only it could blend with a slightly more exciting platformer to bolster its own offering, eh?

Verdict
Though the idea of blending different animals so you can combine abilities initially seems like a great hook, in essence it just means the majority of the game’s levels are reduced to just one or two challenges a pop, leaving Blendimals feeling far too tame to compete in the crowded platformer market.