The Blackphone puts privacy and security ahead of flashy features

The Blackphone is an Android mobile phone whose highest priority is security. And unlike Samsung Knox, it’s security designed for the normal person, not just high-flying business types who need to hook into corporate networks. We took a look at the Blackphone at MWC 2014 to see how it works, and find out why it exists. 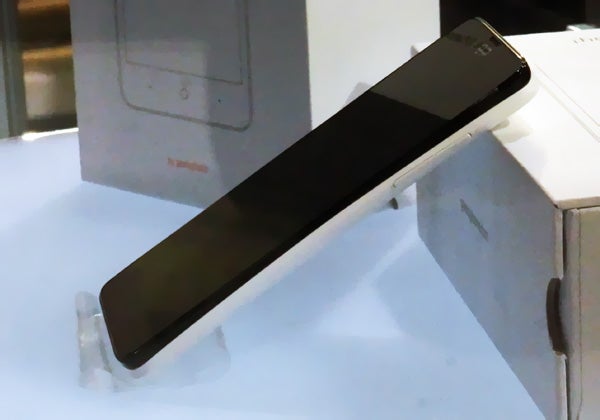 Blackphone – What is it and what does it do?

The Blackphone is an intriguing concept. It’s a hyper-secure Android phone, and given all the coverage of the Android system’s insecurity over the last couple of years, we’re almost surprised it took this long. Basic file system encryption was only introduced in later versions of Android Gingerbread, after all.

How does the security work? The most secure elements of the Blackphone live in its custom Silent Circle apps. 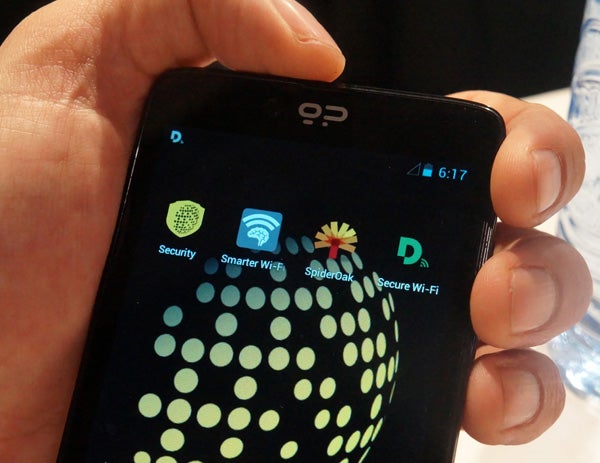 Silent Call offers fully encrypted peer-to-peer calls when used with other Silent Call users (and a Blackphone comes with a couple of one-year licenses to give to friends), and adds an extra level of encryption when used with ‘normal’ calls according to Blackphone’s spokesperson. Silent Text offers encrypted text messaging, again with other Silent Circle users. These two are here to avoid having your communications ‘hijacked’ by other parties.

Silent Contacts is a phone book app designed to stop malware from skimming through your contacts and SpiderOak gives you 5GB of ultra-secure cloud storage. It’s not the most capacious store, but should appease those who get a little paranoid about exactly which eyes might be on their data with more popular services like Dropbox. 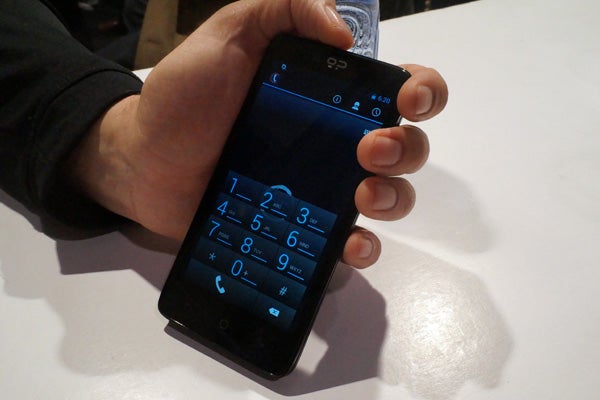 The final part of the suite is Disconnect, which offers private browsing and VPN.

When you buy a Blackphone you get two years’ subscription to the Silent Circle service, after which you’ll need to pay $10 a month to continue. However, as we all know, a two year-old phone is pretty ancient these days – we’ll be on Blackphone 3 by then with any luck.

There is another, more manual, side to the Backphone’s security, though. A dedicated Security section gives you full access to the permissions of every app on your phone. You can choose whether an app has access to the camera, your contacts and any network connectivity. This sort of permissions control is nothing new, but the phone puts it front and centre. Here are some shots of the Security interface: 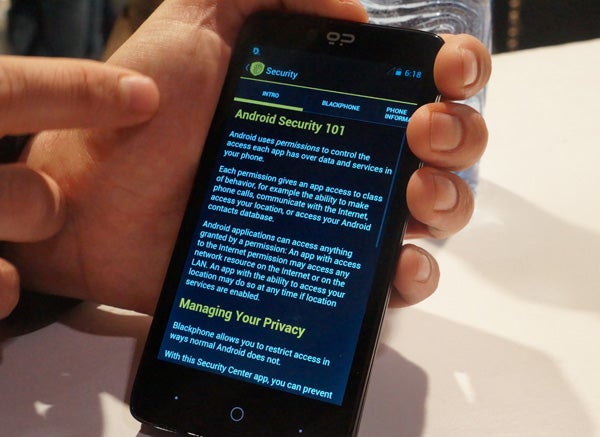 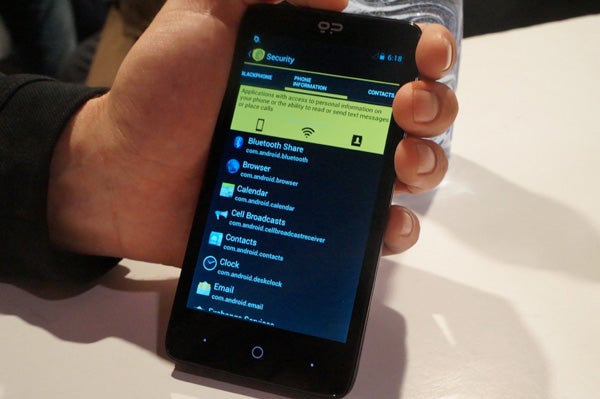 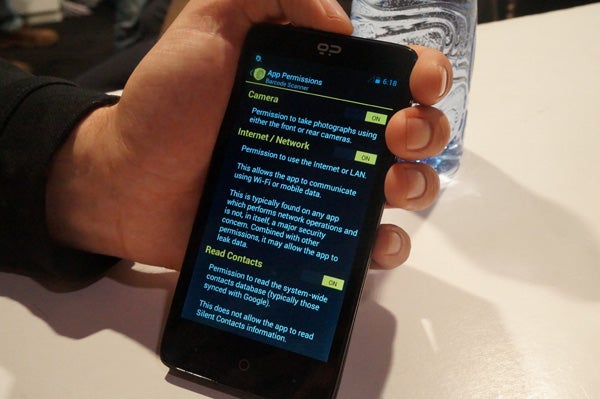 The Blackphone doesn’t come with the Google Play app store installed as standard – it’s a potential hive of the sort of security threats the phone is designed to avoid – but you can install it if needed.

One obvious issue is that as a ‘super secure’ phone, Blackphone sets itself up as a natural target for hackers. What do they love more than a challenge? There are also plenty of security-focused apps available already from Google Play too – even Silent Call and Silent Text can be downloaded by just about any Android user.

This is merely the first time we’ve seen them in a package that puts all the parts together. 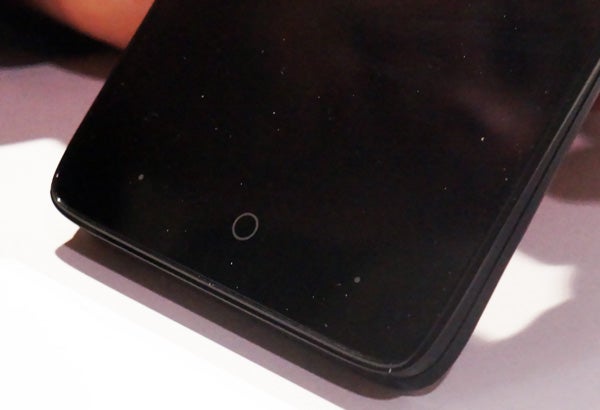 This is obviously not a phone that is, or needs to be, as obsessed with design and specs as much as something like the Samsung Galaxy S5. And, predictably, they don’t quite match up to the $600-plus price. But they’re not bad.

The Blackphone uses a 4.7-inch screen – resolution has not yet been announced but I’d bet on 720p or qHD – a 2GHz quad-core processor, 4G and an 8-megapixel camera. As I was given a demo rather than an extended hands-on, I’ve not been able to test any of these extensively.

However, the obvious visual signposting of the secure nature of the key security apps mean the Blackphone doesn’t have the classiest UI. Most of us like to know there are security measures going on in the background, rather than to have them pushed in our faces. But then that is what Blackphone is all about. 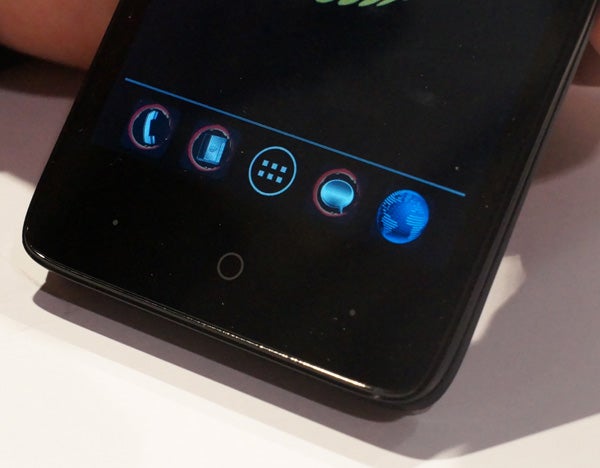 Phones don’t get much more niche than the Blackphone. It’s expensive, and taps into security fears that – while real – often exhibit as a form of paranoia. And its key security features are actually available for other Android devices. However, it does raise awareness of the security holes in Android, and that’s a good thing.