The KEYone runs Android 7.1 Nougat but, like always, BlackBerry has loaded the phone with a wealth of custom features.

Normally I’m not a fan of third-party software additions or changes to Android, but many of BlackBerry’s are actually useful. The BlackBerry Hub and productivity tab are both particularly nice touches that further mark the KEYone as a phone for business and power users.

BlackBerry Hub replaces the main SMS app and offers a single-pane-of-glass way for users to view and manage incoming messages and notifications from multiple applications. The feature is a nice time saver that makes it quick and easy to stay on top of all your messages without needing to have multiple apps open.

The productivity tab is accessed by swiping left from the phone’s long right-hand edge. It offers quick access peak view to things like BlackBerry Hub and your Calendar. The feature may not sound like much, but it’s another nice time saver that streamlines Nougat’s already excellent notification system. 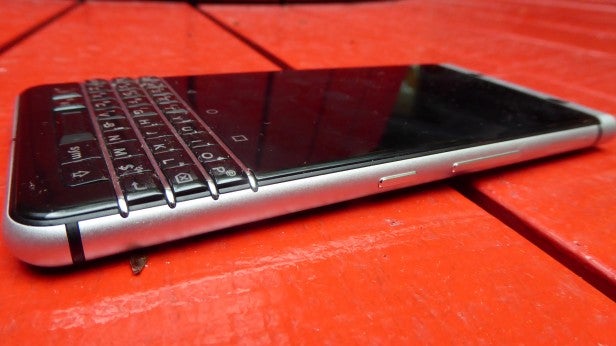 The enhanced security features will also be of interest to business users and the tin-foil-hat brigade. BlackBerry has a more aggressive patching system than native Android, which means the KEYone should get protected against newly discovered malware faster than regular phones.

The only feature I’m not entirely sold on is DTEK. DTEK is a feature that rates how secure your device is, via a sliding arrow icon and gives you a breakdown of possible security vulnerabilities and what permissions you’ve given to installed applications. The feature made sense when Android’s native security and privacy controls were lacking. But Marshmallow’s inbuilt privacy controls are now up to scratch, which makes DTEK feel a little superfluous.

My only serious issue with the KEYone is that it runs using a Qualcomm Snapdragon 625 CPU. The use of a 625 CPU isn’t necessarily terrible, as past phones I’ve tested running it have a great balance of power efficiency and performance, but on a £500 handset I’d have preferred to see an 8-series CPU make an appearance.

The use of the 625 makes the entire phone feel overpriced as competing handsets, such as the £200 Lenovo P2 and £289 Huawei Nova, run using the same chip.

That said, the octa-core chip doesn’t offer terrible performance. Paired with 3GB of RAM the combo keeps the KEYone chugging along stutter free with regular use. Webpages and apps open in milliseconds and video stream is fluid. Multipage web browsing works ok too.

The only serious performance issues I noticed happened when I started trying to run demanding 3D games. Titles such as Banner Saga 2, Riptide GP2 and Asphalt all took longer to load than competing £500 phones and the KEYone generally felt a fraction of a second slower than I’d like. 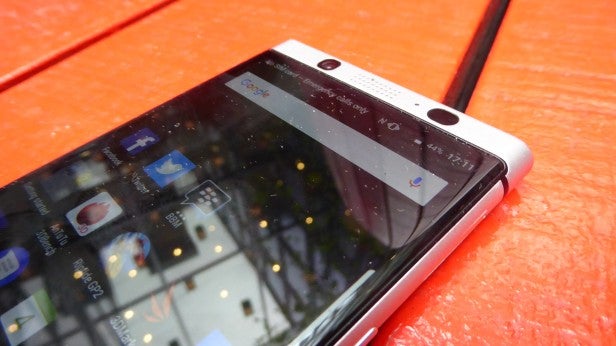 My real-world impressions rang true when I ran TrustedReviews’ standard suite of synthetic benchmarks. The KEYone’s 63085 AnTuTu score puts it well behind competing devices, such as the OnePlus 3T and Huawei P10, which scored 163,181and 141,961 respectively on the same test.

The same rang true during 3DMark’s Slingshot benchmark, which gauges a phone’s gaming performance. The KEYone’s 841 score again puts it firmly behind the competition. The OnePlus 3T scored 2646 and the P10 2604 on the same test.

Audio performance is solid. Though, like all the phones I test, I wouldn’t recommend using the speakers to play music. The speakers are loud enough to take a video call, or watch a video in a quiet room, but they’re tinny and acidic when playing music with the volume maxed. The microphone also offered solid performance and was good enough for me to take and make calls, even when walking on a busy London street.