In many ways the W2000’s pictures are outstanding when you consider its price. Its colour performance is particularly good. Even using the Cinema preset with no extra manual adjustments tones look gorgeously natural and nuanced.

The sense of balance in the colour palette is outstanding too, with none of the six main colour elements appearing to dominate over any of the others.

Skin tones look believable under even the most difficult of film lighting conditions, with no blocking or striping. There’s easily enough colour tone subtlety to ensure people’s faces always look natural and ‘lived in’ rather than plasticky and mannequin-like. 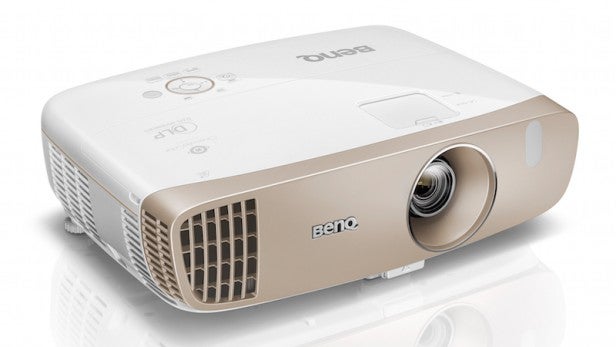 The lovely delicacy of the W2000’s colour handling helps pictures to look unusually detailed for such an affordable full HD projector and there’s never a sense that any similar tones are just ‘running into each other’. The colour performance seems accurate right down to pixel level.

The W2000’s full HD pictures look sharp and detailed, but the projector doesn’t push so hard that pictures start to look forced or noisy. This is another sign of BenQ’s impressive sensitivity to give pictures an immersive, rather than showy, look.

Another string to the W2000’s bow is its motion handling. Content doesn’t suffer from judder and there’s no trace of the fizzing noise over skin tones – an issue single-chip DLP projectors once commonly suffered with.

The general sense of contrast is quite strong, especially if you use the Smart Eco mode, thanks to the punchy look the W2000 delivers with bright colours and whites, even during dark scenes. There’s a touch of DLP’s rainbow effect over really stand-out bright elements, but overall this issue is actually less aggressive than it often is in this area of the DLP market.

Overall the W2000 spends much of its time delivering pictures that look far better than they’ve a right to look on such an affordable product. Certainly they’re markedly more refined than those of previous BenQ stars like the W1070 and W1080. 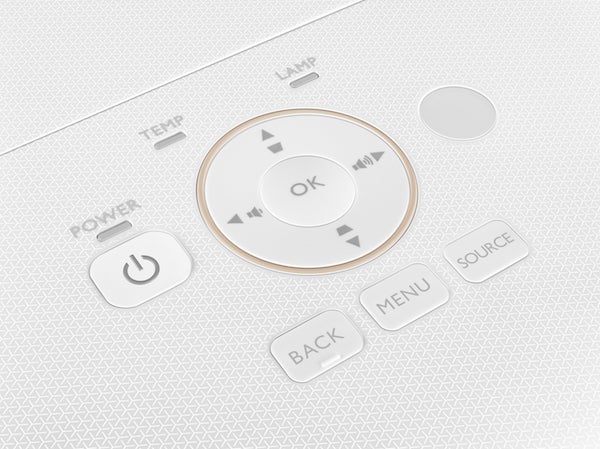 As you may have sensed, though, there’s a ‘but’ in the air – namely that the projector’s black level response is a little disappointing. Images that are predominantly dark always look quite washed out and greeny grey in areas where they should be looking black, immediately reducing the sense of immersion created so carefully by other aspects of the W2000’s performance.

The lack of black level depth also reduces the amount of shadow detail you can make out in the darkest parts of the picture, leaving the areas looking rather hollow.

You can retrieve some of this shadow detail by ramping up the brightness, but this is hardly an ideal solution as it makes the already compromised black levels look even greyer.

Fortunately, though, the W2000’s difficulties with rendering the darkest parts of the picture don’t knock on into its wider colour handling. Skin tones, clothes and so on still manage to look natural and nuanced even when they appear in a predominantly dark scene. It’s also important to note, the problem only really stands out with very dark scenes, and won’t affect that much of your overall viewing time. The black level shortcomings are far less of an issue in rooms where there’s a touch of ambient light around than they are in completely blacked out rooms too.

You could even argue that BenQ is to some extent a victim of its own success here, in that the great results it’s achieved with other aspects of the W2000’s pictures kind of highlight the relative averageness of the black level response.

But none of this alters the fact the lost shadow detail and inability to produce a convincing black colour can at least occasionally break the spell the W2000 otherwise casts over you.