Let’s start the test phase by going into more detail on the black level/shadow detail/video noise issues mentioned in the Setup section.

Using the default settings – taking the Cinema preset as our starting point for movie viewing – the image felt a little short on shadow detail in dark areas, leaving them feeling rather hollow and flat. The lack of any detail to “fill” dark areas also made us more aware of the grey misting effect that is a character of video devices that are struggling to deliver a good contrast performance. 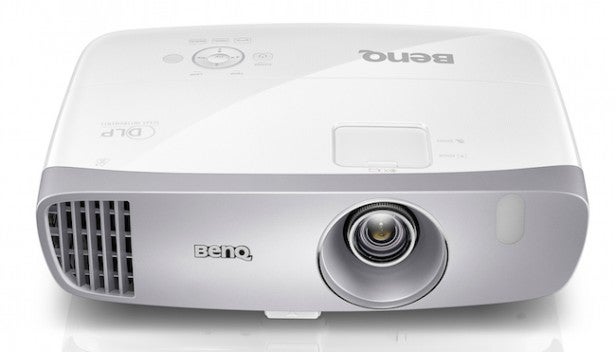 Ultimately, I felt that I could have achieved better balance between shadow detail, black-level response and noise if the increments for playing with the brightness level had been smaller.

Instead, I resorted to nudging the gamma setting down from 2.2 to 2.1 after pushing up the brightness by a notch. This increases shadow detail without taking much away from the black-level response.

Finally, the contrast setting also feels a little coarse with its adjustment steps. In fact, I found that in order to keep the image more natural-looking, it was best to lower it by one point from its default level to 49, even though this costs the image a little punch.

Cue the Smart Eco lamp mode rather than the Eco mode, since it attempts to put back the punch lost by not being able to set the brightness or contrast as high as I’d ideally have liked. 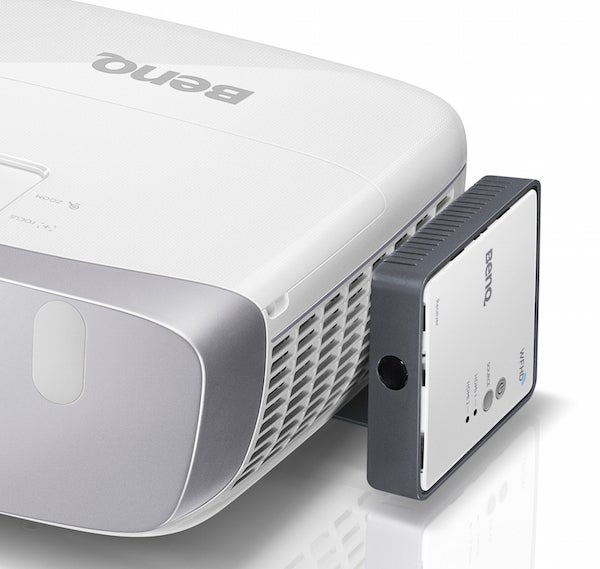 At which point it’s high time I made it clear that while more refined setup options would have been appreciated, a slightly tweaked W1110 is capable of producing mostly very likable images for a projector costing only £659.

For instance, although it doesn’t enjoy the Cinematic Color technology that so impressed on the W2000, its colours are still more natural and refined for video use than those of most, if not all, of its similarly affordable peers.

Colour blends are rendered with a good degree of finesse and subtlety for the money, even in dark areas. Skin tones look believable and nuanced, with no hint of the plasticky finish or striping/blocking noise that can affect less able budget projectors.

There’s no doubt that this is all down to a combination of the projector’s RGBRGB colour wheel and BenQ’s impressive colour tuning.

While pictures don’t look quite as sharp as those of the W2000, they’re still crisp enough to make HD sources look definitively HD. There’s plenty of detail and pleasingly little reduction in clarity in circumstances where the projector is handling lots of motion

The projector’s brightness is impressive too. Its images look slightly poppier than those of the W2000 in fact, and also prove pretty watchable in rooms with greater ambient light. Which is, of course, handy given the difficulties many households will encounter trying to completely black-out their living rooms. 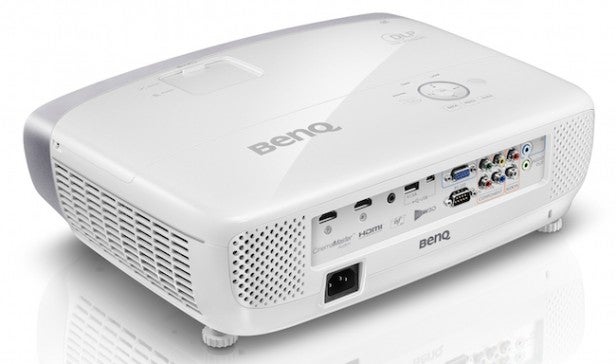 Crucially, although a bit of a struggle to set up, I did achieve a combination of shadow detail, contrast and punch that felt effective – even when watching very dark films in a dark room.

Of help in this respect is the Smart Eco mode, which manages to retain a pleasingly stable look to images, free of the distracting flickering that often characterises automatic contrast features.

The post-calibration pictures revealed a much more polished, refined cinematic quality than is possible from even BenQ’s impressive W1070+ and W1080ST models.

There’s yet more good news concerning the rainbow effect. I hardly spotted a trace of any red, green and blue striping, even over the most highly contrasting visuals. This is an impressive achievement considering how bright the projector is capable of running.

Aside from wanting more subtle steps in the brightness and contrast adjustments, I have only two further issues with the W1110’s pictures.

First, there can be quite a lot of DLP speckling noise in mid-dark areas. This is especially evident if you’re fairly close to the screen, but can also make its presence felt from more normal viewing distances if you try to nudge the contrast higher than our 49 recommended level.

Fortunately, this noise tends to become lost in the natural movie grain of many films. However, it’s more evident in extremely polished, “smooth” movie transfers.

Finally, two different W1110 samples I tested exhibited some colour uniformity issues, with a pinkish-red infusion invading the upper right side of the image. This isn’t severe enough to be noticeable all the time; in fact, it only really impacts very dark scenes. But it’s enough to see the W1110 fall short of a Recommended badge.