The BenQ’s factory settings couldn’t match the Samsung in most of our benchmarks. Our first red flag came in colour accuracy: the BL3200PT’s Delta E of 4.3 is a long way back from the 2.53 result of the Samsung, and the BenQ’s colour temperature of 7191K is too cold compared to the Samsung’s toastier 6760K.

The BenQ’s 286-nit brightness is ample, and that’s backed up by an excellent black level of 0.1 nits and a contrast of 2860:1 – better than the Samsung’s 2566:1, despite the latter screen having better brightness.

The BenQ has excellent contrast and black levels, and good gamut handling, but it’s hampered by its mediocre colour accuracy and temperature, which will hamper design and photography work.

The BenQ didn’t require much tweaking to get it calibrated for optimum performance. Using our colorimeter we turned the green level down a single notch, and the average Delta E improved to 0.96. It’s better, but it still can’t match the Samsung. 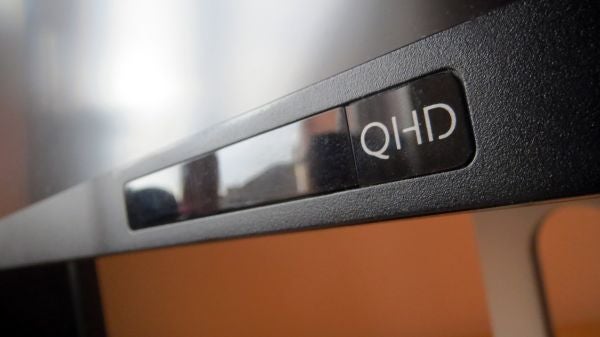 The BenQ boasts a huge array of screen modes. Several are designed to aid professional applications. The Animation option increases colour saturation a little at the expense of colour temperature, and actually improves Delta E to 2.39. The sRGB mode didn’t make much difference, with colorimeter results that barely altered from the BenQ’s factory settings.

The CAD/CAM mode increases the saturation again but, this time, it’s too far – colour temperature worsened, and Delta E also dropped below this screen’s original levels. BenQ says CAD/CAM mode is also supposed to increase contrast levels, but in our tests it made them worse.

The Presentation option eschews any sort of colour quality in order to ramp up lighter colours to make them visible across rooms and from odd angles. With this selected, colour temperature and Delta E jumped to 7958K and 12.95 respectively – both awful results. Photo mode was similarly poor, with a noticeable red tinge across any light tones. We’ve no idea why you’d use it.

The rest of the BenQ’s modes are a hodgepodge of odd options. The Movie mode doesn’t look much different from the BL3200PT’s standard settings but has worse colour accuracy, and the Low Blue Light option sacrifices screen quality for a display that’s easier on the eyes.

The Eco Mode dropped the brightness to 137 nits, which reduced the BenQ’s power consumption from 49W to 45W. The former figure beats the Samsung’s standard consumption, while the latter equals its Eco mode performance. The BenQ’s minimum brightness of 62 nits delivered a power draw of just 30W – lower brightness and more frugal than the Samsung. 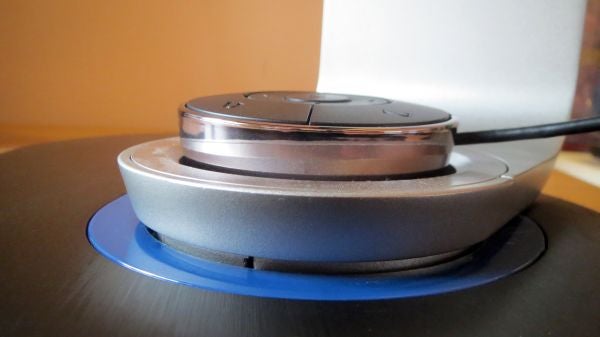 The BenQ’s backlight maintained brightness levels with more consistency than the Samsung. The BL3200PT lost 13.3% of its brightness in the top-right corner but, everywhere else, it lost less than 10%. That’s compared to the Samsung’s average brightness reduction of 12.82%.

The BenQ’s colour temperature dropped by around 2%. That’s similar to the Samsung, and not enough to make a difference.

This is no gaming screen, so it’s no surprise that there aren’t options to alter response times. When measured the BenQ’s input lag averaged 28.1ms – a fine result that’s actually better than anything the Samsung can muster. It’s good enough for after-hours gaming, even if pro players won’t be satisfied. 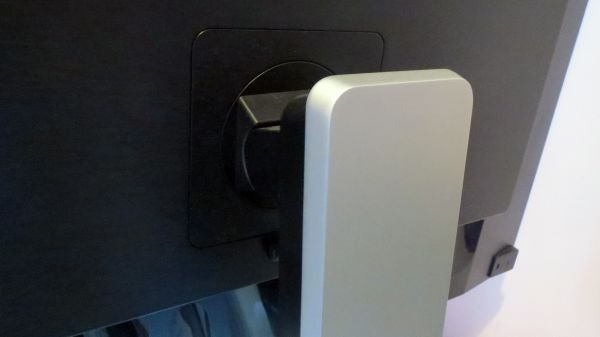 There’s not much to choose between the BL3200PT and Samsung’s alternative, which means that any buying decision will come down to the smallest of factors.

BenQ’s screen is more versatile. It’s got plenty of side-mounted connectivity, a card reader, and more height adjustment. Its remote control makes the on-screen menu easy and intuitive to use.

It’s a close-run thing in screen quality, too. Samsung’s panel has better colour accuracy and temperature, and it’s brighter, but the BenQ fights back with improved contrast and better brightness uniformity. Its input lag isn’t quite as bad, either.

There’s little to choose between the panels at the checkout, either – the BenQ is just £10 cheaper.

The BenQ barely loses out to the Samsung thanks to its poorer Delta E and colour temperature results, but remember that this screen’s results are still more than good enough – only more demanding professionals will notice the difference. The BL3200PT also makes up ground with its more versatile exterior design.

If the design appeals, then the BenQ is a more worthwhile option – but if you’re after pure screen quality, the Samsung just about edges it.

The BenQ impresses with a versatile design, neat controller and solid image quality, but it’s beaten to the punch by the slightly superior Samsung. If you need its ports and impressive exterior design, the BenQ is excellent – but the Samsung’s panel is still a little bit better.

Still not sure? Read the rest of our monitor reviews at this link, or peruse the best TVs we’ve seen in 2014 so far.