BenQ’s latest screen is a 32-inch model that will dominate any desk, and we’re pleased to report that its huge size is complemented by sensible design in other departments. It’s got a 2560 x 1440 resolution and, at under £500, it’s within reach of designers and other professionals who want a large, high-quality panel without emptying their bank accounts.

The BenQ’s size, resolution and price mean it appeals to a wide gamut of office customers, but it also means this screen has a significant competitor: Samsung’s S32D850T. The Samsung also has a 32-inch, 2560 x 1440 screen, and it’s also designed for the office. 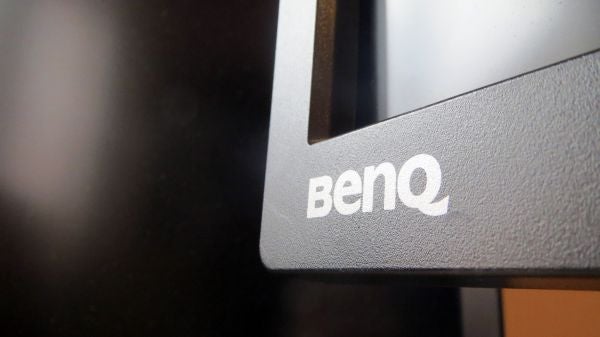 BenQ says that this screen uses an AMVA panel with a W-LED backlight. The modified VA technology is claimed to improve contrast and response times while maintaining the great black levels usually found on VA screens. The backlight means this screen can handle the sRGB colour gamut, but not Adobe RBG – the same specification as the Samsung – and the BenQ also boasts true 10-bit colour.

The BL3200PT looks great. The stand is an upright of machined metal on a base of brushed-effect plastic, and the circular base has a blue ring and a concave section that houses the BenQ’s innovative remote control. The bezel itself is matte plastic, but that scarcely matters – this screen is going to look good in any office. 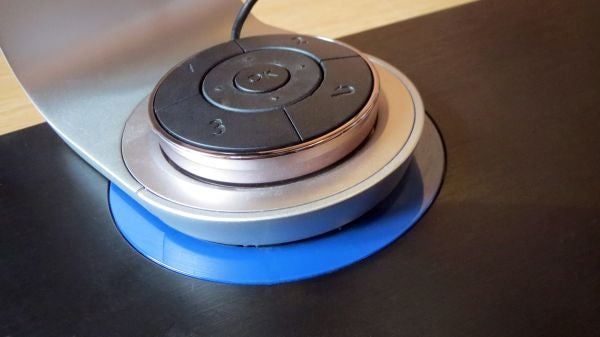 The BenQ’s 13kg weight means it’s one kilo heavier than the Samsung, but its 232mm depth is around 50mm less than the Samsung’s, so it’ll be easier to cram onto a desk. The weight might be initially daunting, but this is a well-built screen that feels solid and reassuring.

The heavyweight design helps when manoeuvring the BenQ into different positions. It swings solidly into portrait mode, and has 150mm of height adjustment – twenty millimetres more than the Samsung. Like its rival, BenQ’s screen also has ample angle adjustment and horizontal swivelling.

BenQ has covered every base with HDMI 1.4, DisplayPort 1.2, DVI and D-SUB connections, although the latter port is a puzzling inclusion, as D-SUB only supports a maximum resolution of 1600 x 1200. All of these are side-mounted, which makes connectivity easier.

An SD card reader, headphone jack and a pair of USB 3 ports are also conveniently side-mounted. A pair of USB 2 ports is also included, but they face downwards – alongside the power plugs, the USB connection for your PC and the micro-USB port required by the controller. The Samsung has no SD card reader and only pulls ahead thanks to four USB 3 connectors.

The BenQ has a surprisingly beefy pair of 5W speakers. There’s more than enough volume for an office or bedroom, and the top-end is the star – it could be a little louder, but it’s got pleasing snap and lightness. Bass is reasonable if a little muddy, and the mid-range is similarly indistinct. We still prefer discrete audio kit but, if none is available, the BenQ will suffice for sonic duties. 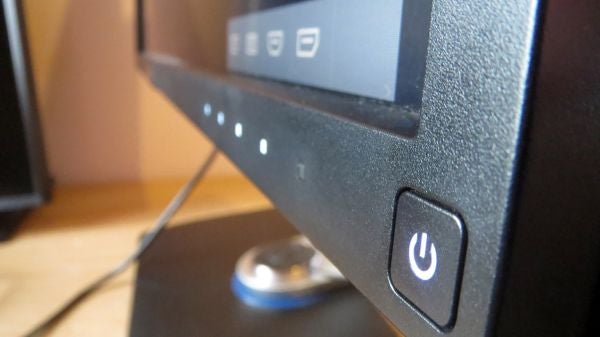 It’s easy to put this screen together. The base attaches to the metal
upright section with a single pre-installed screw, and the entire stand
snaps into the back of the screen with no tools required. The only
challenge comes from the BenQ’s sheer size and weight.

The control mechanism, at first glance, is awkward: a row of LEDs glow into life when a hand approaches, but they’re touchpads that aren’t labelled – and, when icons do appear on the screen, they’re still not labelled with text. Only the power switch is a physical button.

The confusing controls are made easier to manage by a circular remote control that attaches to the screen by a USB cable and sits in the base of the stand. The controller can open and navigate the menu, has four programmable buttons, and it makes using the menu much easier. Our only complaint is that the USB cable, which is permanently attached to the remote, isn’t quite long enough. 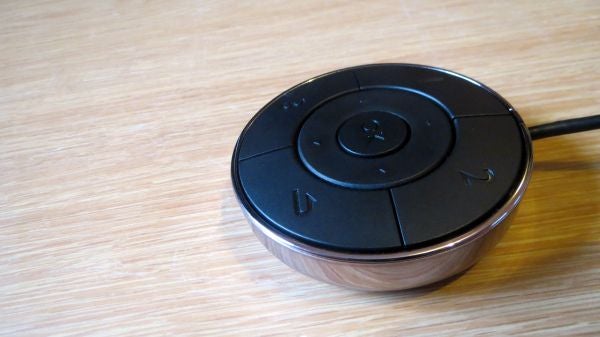 Four of the controller’s buttons and three of the LED touchpads on the bezel can be customised, and the menu is crammed with options. Our only issue is the menu’s inconsistent speed; it’s fast most of the time, but there are occasional annoying stutters.

The controller is a neat solution to the minimal button selection, but the BenQ’s control system isn’t as comprehensive or as consistent as the Samsung’s OSD.