We don’t often “preview” headphones, but the Audeze Sine are a little special. These are among the most advanced portable headphones I’ve ever seen, and not for reasons that you may at first imagine.

The Audeze Sine don’t include Wi-Fi or Bluetooth, and they don’t feature noise cancelling either. However, they’re the first portable pair of headphones that provide a glimpse of what the headphone market will look like once the iPhone 7 launches later this year. 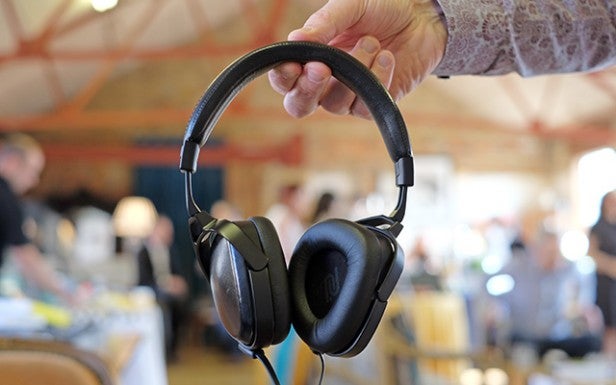 If you’re now wondering how the release of a new phone could change how headphones are made, it’s because the next iPhone is believed to lack a headphone jack. Wave bye-bye to your 3.5mm plug.

Instead, headphones will plug into the iPhone 7’s Lightning port – and this is exactly how the Audeze Sine work. The company says that the Sine are the world’s first fully integrated Lightning port headphones. This is even though Philips made a pair, the Fidelio M2L, back in 2015.

I’ll leave the companies to argue out exactly who did what first. The important thing here is that all the additional circuitry is built into a housing that’s no bigger than some remote control adapters. In that little bit of rubbery plastic and metal you’ll find the usual remote control buttons plus a mic, DAC, DSP chip and an amp circuit. 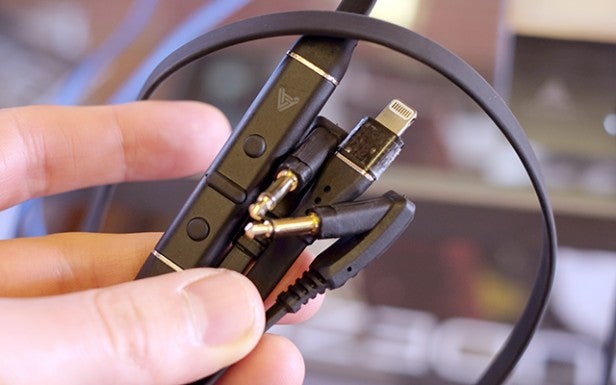 If, as rumours suggest, the iPhone 7 does miss off the headphone jack, you’re going to need a cable such as this to use your favourite headphones. And this will work only if the cable is removable. The alternative is a clunky DAC adapter.

Audeze isn’t making these cables for just anyone to use, though. While the Audeze Sine’s Lightning cable ends in regular mono 3.5mm jacks, the angle of it is super-awkward, ensuring it won’t fit into anything else. Smart move.

In the more expensive Audeze EL-8, the company uses a flat-out proprietary audio connector that looks a little like a Lightning plug itself. Could Audeze be looking to license out its designs to those companies that end up in a flutter once they can’t use a simple audio cable anymore? Who knows. 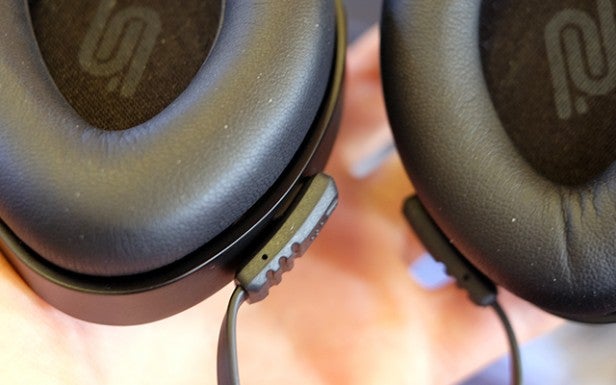 Audeze calls this the Cipher cable, and it uses an integrated piece of silicone that crams together all the components required. I get the feeling the company might have been working on this one for a while.

The DAC is 24-bit, of course, making it Hi-Res ready. We’ll be seeing far more of Cipher’s ilk this year. Non-iPhone users will be pleased to hear that the Sine headphones are also available in a version with an ordinary 3.5mm cable. A blessing if you don’t want to stump up £50 for the Cipher cable.

I use an iPhone only intermittently, yet I think there’s something far more exciting about the Audeze Sine headphones than simply the Cipher cable. These are, I believe, the smallest, most portable planar magnetic headphones in the world. They’re certainly the most convenient ones I’ve seen. 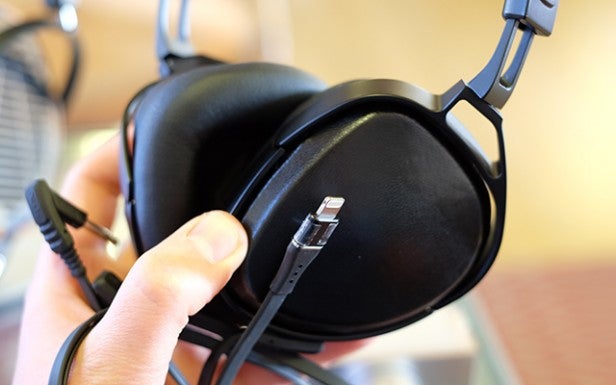 You’d never guess to look at them that they use a driver of the type that was once only found in huge hi-fi headphones. They’re significantly more compact than the Oppo PM-3 even, which were until now the smallest I’d used and only the second pair I’ve awarded a 10/10.

Planar magnetic drivers use flat micron-thin diaphragms, letting them produce low-distortion sound more easily than dynamic driver pairs. Of course, at £400, the driver setup is far more rudimentary than it is in the £3,500 Audeze LCD-4; it doesn’t use the new magnet style developed for that pair and it’s a single-sided design. 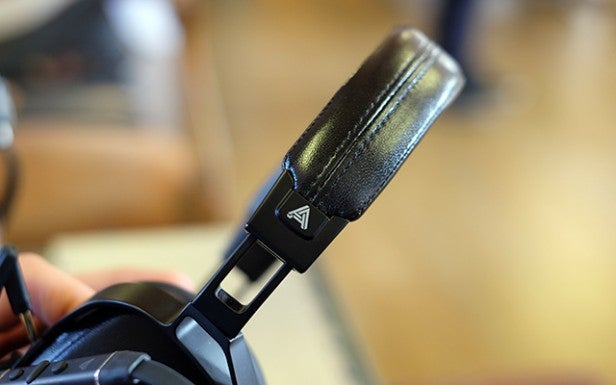 I was still impressed, though. Sonically, they’re prove no competition for almost all other on-ear headphones, with a high-end sound that seems almost out of place in a fairly small, stylish headphone.

Are they better than the Oppo PM-3? Of that I’m not sure just yet. A brief listen points to a soundstage that appears wider and a little livelier, but whether they offer the same mid-range quality isn’t yet apparent.

The Audeze Sine are certainly more stylish than the still-okay-looking Oppos, though. They’ve been designed by DesignworksUSA, the company that Sennheiser teamed up with in 2011 to make the Sennheiser CX 980i and a few other pairs.

There’s plenty of leather here, but the impression they leave is of a fairly smooth and simple-looking black headphone. I like it. The headband is super-flexible and the pads are particularly soft. I wore these headphones for only 10 minutes, but they felt super-comfy in that time. 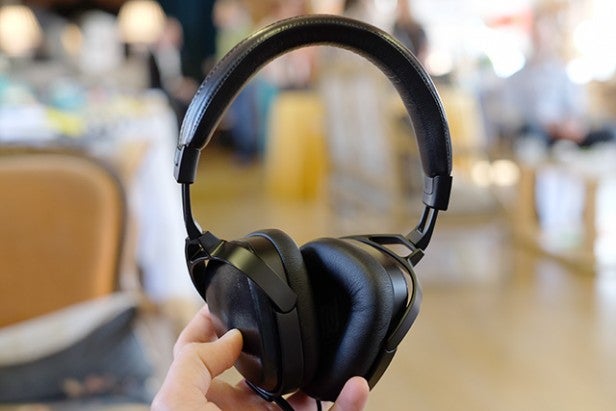 Ultra-techy headphones tend to rely on technologies that often result in making the sound worse – wireless and noise cancellation, for example.

The Audeze Sine are what a true techy audiophile’s headphone looks like. The 24-bit DAC cable and the engineering behind its planar magnetic drivers are particularly impressive.

The only issue is the price. They cost £50 more than the full-sized Oppo PM-3 and target a segment of the market that’s usually cheaper. The Audeze Sine may be a tough sell, but in my opinion I believe they have the potential to be one of the best on-ear headphones to enter the market.