For the most part the Flip S’ screen is excellent. It uses a quality IPS LCD panel which provides accurate colours and good viewing angles. It also boasts a seemingly ample 1080p resolution. Certainly, compared to the vast majority of laptops, it’s well up there.

However, there are a couple of areas where it doesn’t quite compete with the very best.

Starting with the good stuff, though, it produces an excellent 1248:1 contrast ratio that makes for a deep, vibrant image with none of the washed-out quality that lower-contrast displays suffer from. 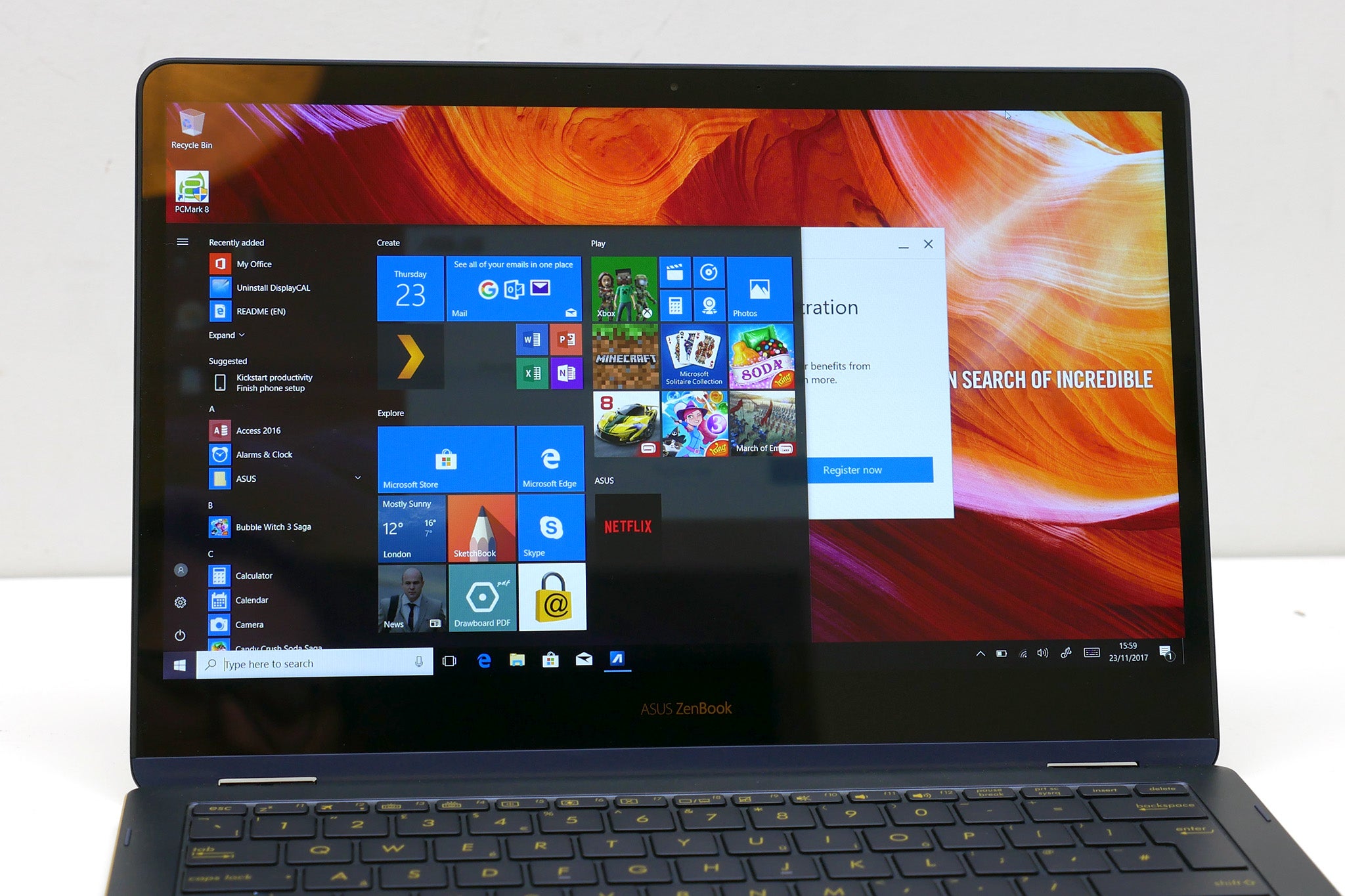 Its overall colour reproduction is decent too. It covers 84.1% of the sRGB colour space, which is a little below the best, but still more than good enough for a laptop of this type. Its Delta E score of 0.11 also shows it can pick out fine differences in colour properly. You could certainly get away with professional image and video editing on this screen.

Its 1080p resolution is also plenty for general laptop use. Many 27-inch monitors have the same resolution, so on a screen this small it makes for a sharp image and provides the option of having a surprisingly large desktop, even if everything will appear very small.

However, while the 1080p (1920 x 1080 pixels) resolution is ample for laptop use, when it comes to tablet use you do notice the pixels. We hold phones and tablets closer to our eyes, and as a result it takes a higher pixel density to achieve a perfectly smooth, non-pixelated image. In comparison, most phones now have at least the same resolution as this laptop but on a 5-inch screen, while a tablet such as 9.7-inch iPad has a resolution of 2048 x 1536 pixels.

Asus also offers the Flip S in a 4K resolution version, but this doesn’t appear to be available anywhere.

The other area where it slips up slightly is that its colour temperature is a bit high, at 8021K – the ideal is 6500K. What does that mean? Well, for most users, not much. In isolation the display looks accurate and fairly true to life. However, set against a calibrated display you can see that the display looks a little bit too blue. This means that people editing pictures and video in any professional capacity will want to calibrate the display properly. Hardly a deal breaker, but some other laptops – notably Apple MacBooks – tend to be calibrated a little better right out of the box.

As for this laptop’s speakers, they’re surprisingly good. Overall volume and bass response isn’t exactly room-filling, but there’s a clarity, depth and sound stage here that belies the laptop’s size. It works great for watching video, though if you’re listening to music for any length of time you’ll probably want to get an external speaker or hook up your headphones.

Being a slim and light laptop, it’s no surprise the Flip S isn’t a powerhouse. However, crucially it isn’t lumbered with one of the really slow processors you get in some very slim laptops.

Instead, you get an Intel Core i7-7500U, which is pretty much the defacto standard laptop processor right now. With its two physical processing cores and ability to deal with four workloads at the same time, thanks to hyperthreading, it powers through any normal desktop workload and is even up to the task of things like basic video editing. 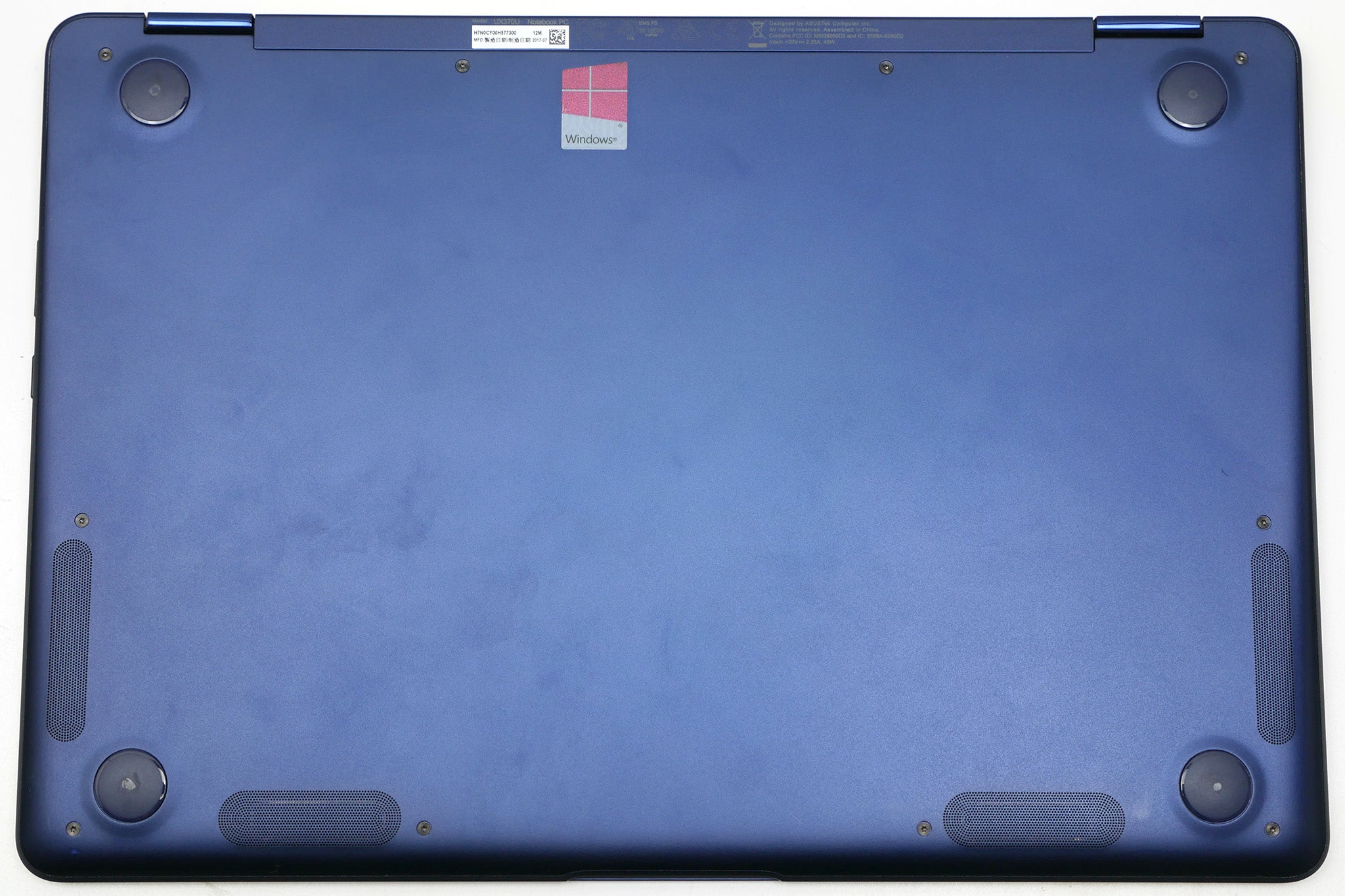 You also get an impressively large 512GB SSD for storage. Many laptops of this type still only provide 128GB or 256GB so to get 512GB is welcome – although given the price of this laptop, you certainly are paying for it.

It’s not the fastest SSD I’ve ever seen, clocking up read/write figures of 483MB/s and 362MB/s in AS SSD, but it’s still plenty fast enough for most uses.

The graphics processor in the 7500U can also turn its hand to a bit of light gaming, but it’s only really capable of playing older, more graphically simple titles at fairly low framerates. In the Ice Storm benchmark of 3DMark it scored 67,269 points.

At first I thought the Flip S was achieving its reasonably impressive performance without the aid of a fan to cool the processor, which is sometimes possible with less powerful chips. However, it was just a case of Asus cleverly hiding the cooling on the side of the laptop and the fan remaining reasonably quiet. If you’re really taxing the processor it will get a bit blowy for a while, but largely it remains unobtrusive.

One disadvantage of such a slim laptop is that upgrade potential is next to zero, but if you do fancy making some changes yourself, the bottom can be removed and the SSD swapped out. 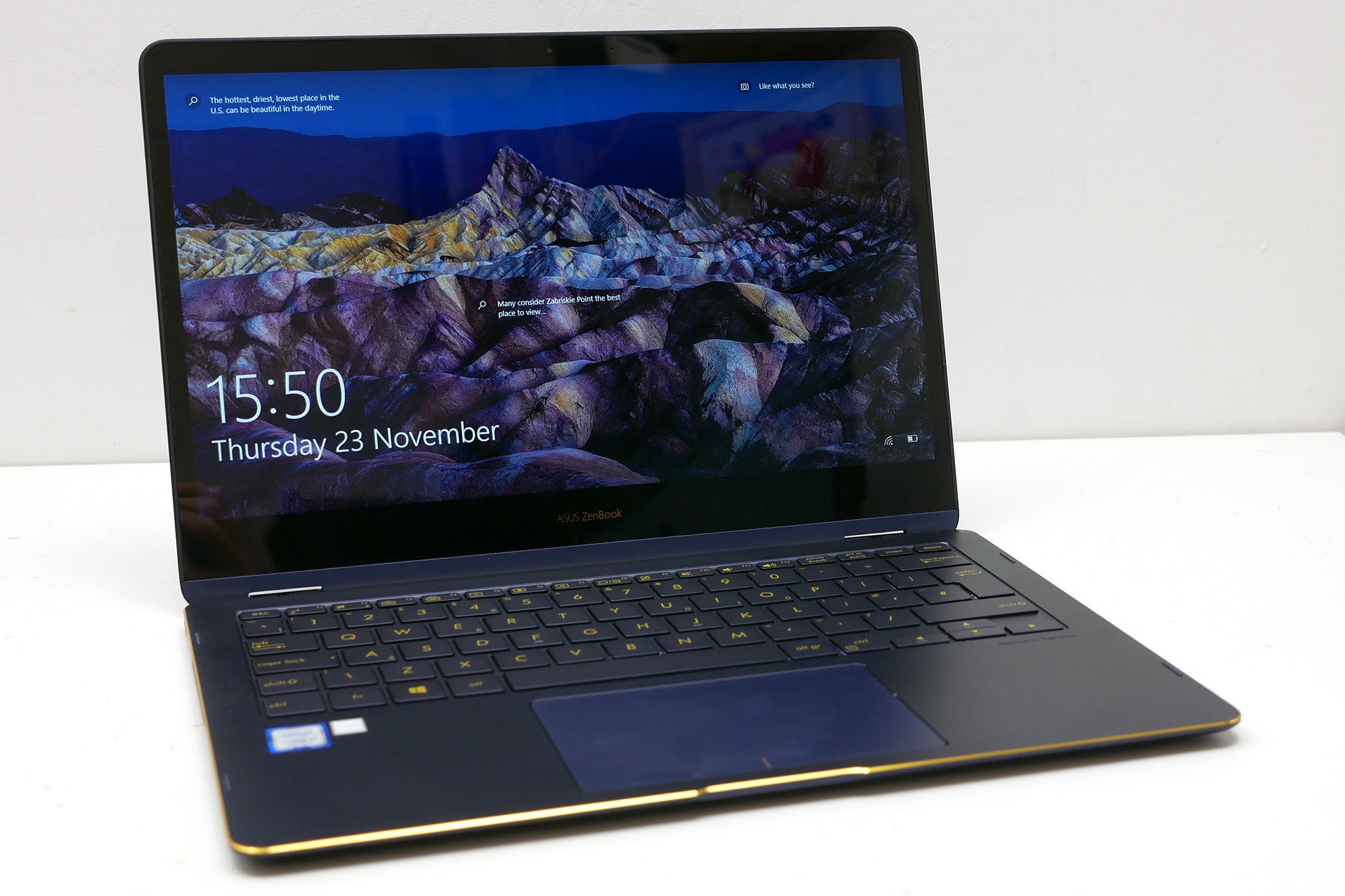 One of the problems with making laptops so thin is that there’s less room for a bigger battery, and this is the main problem with this laptop. If you expect your laptop to last a working day, or a long-haul flight, then the Flip S simply isn’t up to the task.

Asus claims the thing will last up to 11.5 hours, but this can surely only be when the laptop is at minimum brightness and when doing basically nothing. In a more realistic scenario where the screen is at 70% brightness (150 nits) it lasted just 5hrs 22mins in our PowerMark benchmark, which continuously loops playing some video then browsing the web.

Many other slim and light laptops last over 8hrs using the same test, and some can push beyond 10hrs. Even dropping the brightness to 30% (75 nits), which is low enough to only be practical to use in complete darkness, the laptop only lasted 13mins longer.

Exactly how much battery life you consider to be essential is something of a personal preference, but considering this laptop’s focus on portablility I’d say it’s right on the limit of what’s acceptable.

Despite it’s slightly underwhelming battery life, there’s a heck of a lot to like about the Asus Flip S. Its design and build quality, and in fact the quality of just about every aspect of it, is top-class. Certainly, as far as high-end slim and light laptops go, it’s right up there with the best.

It also functions reasonably well as a 2-in-1, with its flip-round screen. The rotating hinge works very nicely, and the impressive dimensions of the chassis, plus the quality of the screen/touchscreen, mean it gets closer than most.

However, it is still a bit too bulky as a tablet. Plus, Windows still isn’t a great experience when used in its tablet mode. The Asus Pen works really well for drawing and generally interacting with the touchscreen, but for more casual tablet use it feels too fiddly and it’s a shame there’s nowhere to dock it.

Still, if you’re in the market for a high-end slim and light laptop or a 2-in-1, the Flip S is well worth a look.

Stunning design and good overall performance make this is a very desirable laptop that also does a decent turn as a tablet too.