The T200TA’s £350 budget means there’s no room for high-end components. The key bit of silicon is an Intel Atom Z3775 – a Bay Trail-based chip that’s clocked to run at modest speeds between 1.46GHz and 2.39GHz. It’s got just 2MB of cache, there isn’t any Turbo Boost or Hyper-Threading, and it relies on Intel’s weakest HD Graphics core – an integrated chip that’s actually based on the last generation of Ivy Bridge hardware.

It’s a modest part, but it’s from the same range of chips as the competition, so it didn’t fall behind. Its PC Mark 7 score of 2752 was a little ahead of all rivals, and its Geekbench result of 3104 was only beaten by Lenovo and Toshiba. 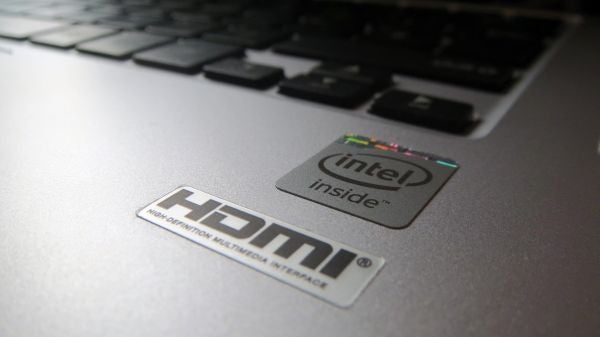 The Asus stacks up well against its competition, but it’s still only enough power for modest computing. Low-end software like word processors and browsers will run fine, and this machine doesn’t have any issues with media playback – but tougher applications and demanding multi-tasking both gave the Asus trouble.

Gaming’s out of the question, too. The Asus stumbled to a score of 18,320 in the easiest 3D Mark test, Ice Storm. That’s in the middle of this group, and it’s only enough power to handle low-end and casual games.

The upside to all of this is excellent thermal performance. The T200TA is effectively silent when it’s running most tasks and, even when stress-tested, it made barely any noise.

Little impressed about the storage. Asus has chosen a Hynix HBG4e drive, which uses eMMC and failed to impress in our benchmarks: its read speed of 143MB/s is on par with the best hard disks but it’s still miles behind SSDs, and its write speed of 51MB/s is just slow.

That’s poor, and the capacity is worse – it’s a tiny 32GB drive that shrinks to 21GB once it’s formatted and space has been squirrelled away for a recovery partition.

It’s tiny for a boot drive, but thankfully Asus provides a 500GB hard disk that sits inside an accessible slot in the keyboard section. Its read and write speeds of 101MB/s and 83MB/s are unremarkable, but at least it provides space that the boot drive doesn’t. 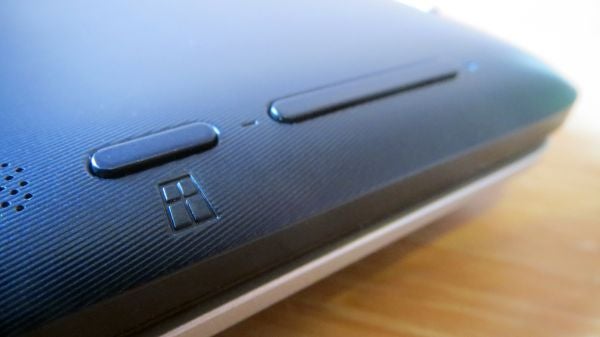 Our standard battery test loops a web browsing and video calling simulation with the screen locked at 40% brightness. In this benchmark the T200TA lasted for 8 hours and ten minutes – a stonking result that’s better than every laptop we’ve mentioned in this review. Lenovo’s machine could only manage 6 hours and 25 minutes, with the HP also dipping below the six-hour mark.

That’s a great result, and it’ll almost certainly stretch to nine hours with the screen toned down even further. It’s impressive, but it’s not as good as the last Transformer – the T100 lasted for twelve hours in the same test.

Used as our main laptop for the review period
Tested for at least a week
Used consistent benchmarks for fair comparisons with other laptops
Reviewed using respected industry benchmarks and real world use
Previous
Asus Transformer Book T200TA Review Next
Keyboard, Trackpad, Software and Verdict Review