We live in a world of tech convergence. But the tech-tonic plates that tablets, PCs and phones live on are colliding. It’s sometimes hard to know where each type fits into our lives. The Asus Transformer AiO P1801 could prove to be a solution. A 18.4-inch tablet that becomes a full Windows 8 computer when docked into a desktop base, it’s not your average all in one computer. It was originally unveiled in mid-2012, but got its second outing at CES 2013 this month.

This is an all in one PC with a difference. It has a touchscreen, sure, but the screen detaches completely to become a stand-alone tablet running Android. The Asus Transformer AiO P1801 has a serious case of multiple personality disorder.

On its own, the 18.4-inch display is a Tegra 3-powered Android tablet. It runs Android 4.1 Jelly Bean, has 32GB of internal storage and a 1080p resolution display. The Asus Transformer AiO P1801 is not a tablet you can simply slip into a handbag though. The thing is gigantic. 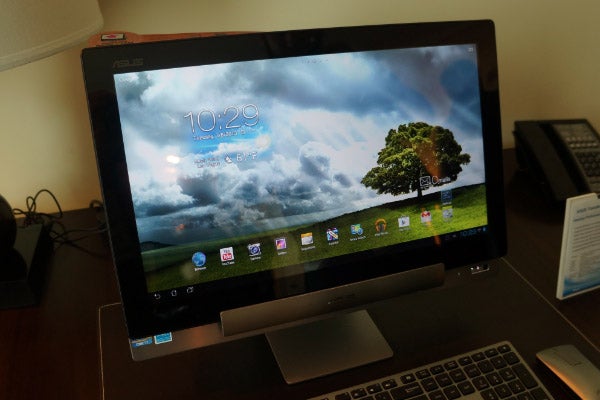 From Windows 8 to Android with the press of a button…

It’s also quite heavy. At around 2.5kg for the tab alone, this is a homebound tablet. However, for web browsing while on the sofa, it should prove a pro. Like any good tablet, it uses a responsive capacitive touchscreen, capable of 10-point multi-touch. Its 1080p resolution may not seem all that pixel-packed when stretched across 18.4-inches (it has far fewer pixels than an iPad 4), but in person it nevertheless looks pretty impressive thanks to its IPS display. 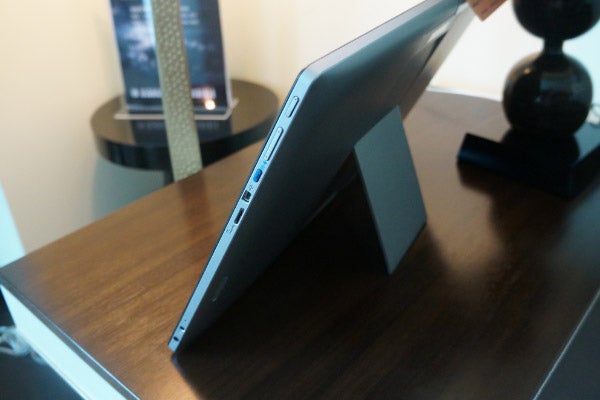 The tablet has its own kick-stand

There are a few connections on the tablet itself too. There’s a microSD memory card, headphone jack, Kensington lock and miniUSB port. However, most of the connections are on the desktop base. 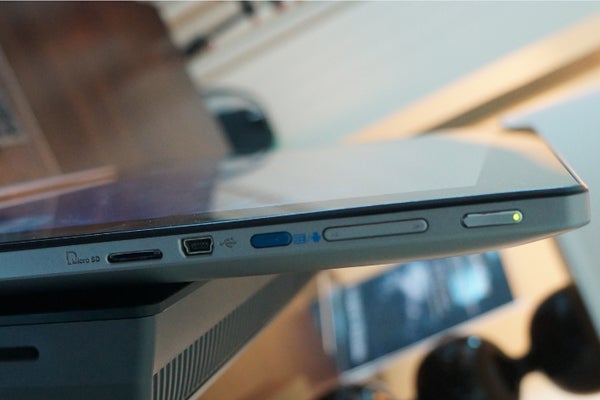 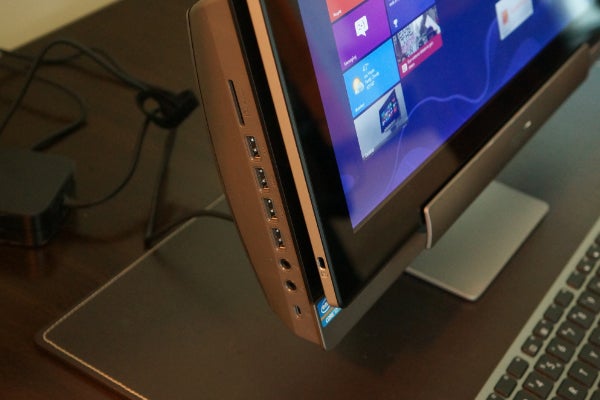 As a computer that runs both Windows 8 and Android, you might assume the Asus Transformer AiO P1801 will automatically switch between the two operating systems when plugged into the dock. However, a button on the side of the desktop dock does this, letting you use Android while docked too if you wish.

This seems a recipe for bug-heaven, as neither Android nor Windows 8 will like having its core spec suddenly shifted from Tegra 3 to an Intel chip (and Android won’t simply work with x86 chips anyway), but in our hands-on we saw no catastrophic crashes when removing from the dock or switching operating systems. Asus has clearly put some work into making everything run smoothly. 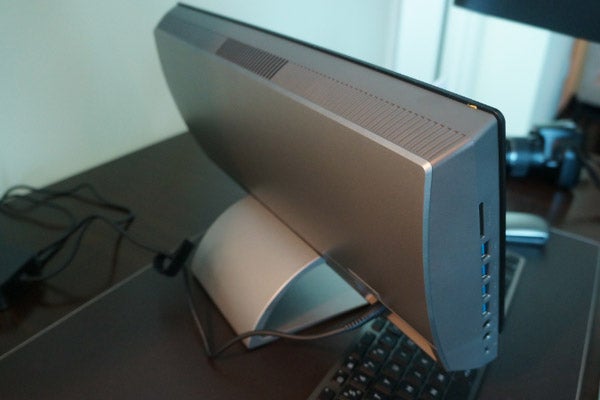 The Transformer AiO P1801 on its own…

The dock part features some much higher-end internals than the tablet as well as a bunch of extra connectors – including four USB 3.0 ports and a full-size memory card slot.  Multiple configs of the Asus Transformer AiO P1801 are planned, based around the third-generation Intel Core i3, Core i5 and Core i7 processors. With 8GB of RAM, a dedicated graphics chip (as-yet unnamed), 1/2TB SATA hard drive and DVD multi-writer, there’s no mistaking it for anything other than a fully-featured PC.

We tried out the setup with a wireless Bluetooth keyboard and mouse combo, using a dongle plugged-into the dock part. Used like this, using the Asus Transformer AiO P1801 feels just like using any Windows 8 PC – one with a particularly good screen too (one with a highly reflective surface, mind.) 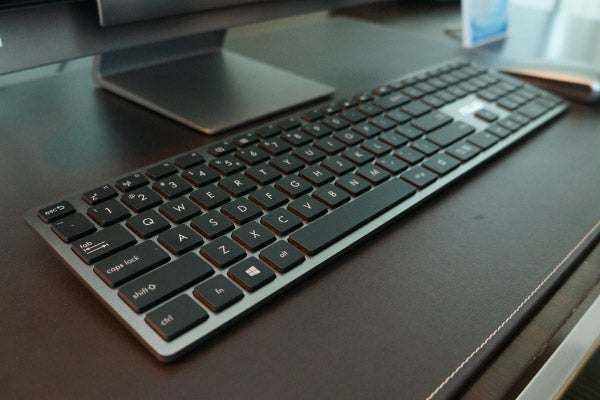 For all its flexibility, and relative space economy, the Asus Transformer AiO P1801 doesn’t entirely dispel a sense of clumsiness. The click-clunk physical mechanism that joins tablet to dock feels secure, but leaves the device looking a lot less slick than many AiO PCs. And there’s a significant bedding-in process before using a 18.4-inch tablet feels anything other than bizarre. 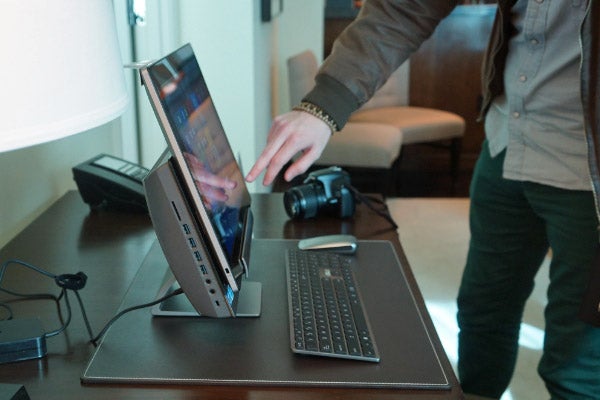 However, we doubt Asus thinks the Asus Transformer AiO P1801 is going to be anywhere near as popular accessible as its smaller Transformer tablet hybrids, such as the excellent Asus Eee Pad Transformer Prime. Like the Asus Padfone, it’s a gadget that pushes at the boundaries of tech convention, and in doing so repels and attracts in more-or-less equal measure. It may not be heading for grand success, but we’re glad Asus has the stones to make bring such an idea to fruition.

The Asus Transformer AiO P1801 will go on sale later in Q1 in the US, from $1,299. We’ll be back with UK release details and prices as they appear.