We’ve already mentioned that Asus had jammed a few extra apps into the MeMO Pad Smart 10 as standard, but what do you get?

They’re mostly sensible additions that fill in the gaps left by Google’s own roster of apps. Asus Studio is a simple but comprehensive photo editing app that lets you alter things like colour saturation and brightness as well as applying a barrel-load of filters, adding speech bubbles and painting over your pics.

BuddyBuzz is a chat aggregator that lets you hook up to Facebook, Twitter and Plurk in a single app. MyLibrary Lite, meanwhile, is an ebook reader.

The other pre-installed apps that you won’t get elsewhere are more security-based. Parental Lock and App Locker let you apply passwords to your apps and content, and App Backup lets you save an image of apps and their data to an SD card.

None of these apps have the swagger or the eye-catching gadgety features you might get in a top-end Samsung tablet but, as with so many areas of the Asus MeMO Pad Smart 10, they’re relentlessly practical. The tablet also comes with Asus Webstorage, which gives you access to your 5GB of free cloud storage. You can set the tablet to automatically beam things like photos to the cloud, to limit the amount of time you’ll have to spend transferring the files manually. 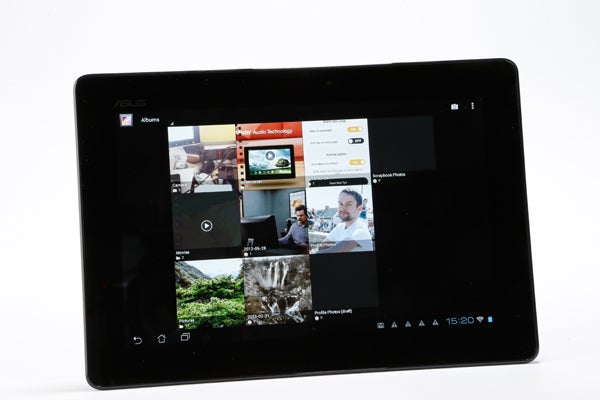 On top of these extras, the Asus MeMO Pad Smart has the full roster of Google apps, from Mail to Maps and Navigation, along with access to the Play Store app market. The key Google app to highlight is Navigation – which is here because, unlike some lower-cost tablets, the MeMO Pad Smart offers GPS functionality. To use the tablet as an in-car GPS you’ll have to invest in an app that offers offline maps, though, as there’s no 3G option here.

Another feature that the Asus offers that other affordable tablets lack is dual cameras on the front and rear of the tablet. There’s a 4-megapixel sensor on the back (but no LED flash) along with a 1.3MP user-facing sensor for video chatting. 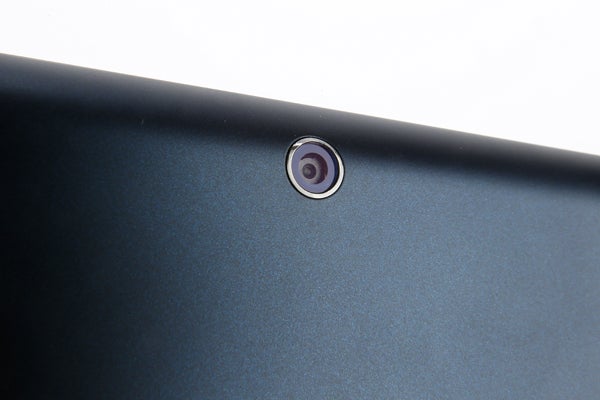 We like how the MeMO Pad’s camera offers lots fun digital filter effects. As well standard vintage, sepia and negative filters, there’s a Lomo mode and a neat colour pop mode. This makes images black and white aside from one colour – perfect for a spot of arty showing off.

What we don’t like about the Asus MeMO Pad Smart 10’s camera is the image quality. Images in anything but perfect light are grainy and noisy, and a 4-megapixel sensor isn’t enough to create detail-filled images. The lack of a flash further reduces how useful the camera is in low-light conditions.  We’d rather have seen Asus drop the price and leave out the rear camera.

Battery stamina is another area that comes with pretty unremarkable performance. The Asus MeMO Pad Smart 10 has a 19Wh li-ion battery that Asus rates at 8.5 hours of use. 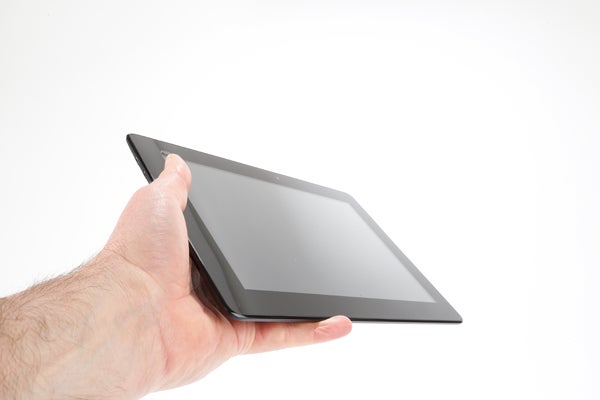 Put to less demanding tasks, it’s a figure we can believe. However, when set to playing a looped video with brightness set to 50 per cent and Wi-Fi turned off, it lasts for seven hours. That’s enough for a long plane journey, but doesn’t match the eight-plus hours you can get with some 10-inch rivals, such as the Sony Xperia Tablet S. The battery drained fairly quickly on standby too – leave it unused for a week and you can expect it to be flat.

Comparing features to pounds spent, the Asus MeMO Pad Smart 10 sounds like good value. Expandable memory, a 10-inch screen, a decent processor and dual cameras for under £300 appears, on the face of it, to be a winning combination. However, the MeMO Pad’s screen is disappointing, both in terms of resolution and image quality, and you get more features in the Google Nexus 10. At £50 more, that tablet seems like an undeniably superior deal. 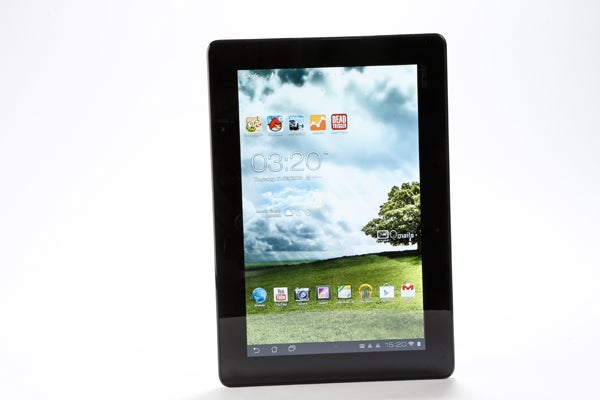 Like so many of Asus’s Android tablets, the Asus MeMO Pad Smart 10 excels at being practical. On the plus side it’s fairly cheap and comes with expandable memory and a decent processor. However, on the flip side, the screen isn’t all that great and the cameras also disappoint. Its biggest problem, however, is the Google Nexus 10, which for only £50 more offers a lot more tablet for the money.