What are the Astell&Kern AK T8iE?

The Astell&Kern T8iE are the first pair of in-ear headphones to feature Tesla technology. No – this doesn’t have anything to do with Elon Musk and his electric-powered cars. Instead, it concerns A&K’s decision to team up with iconic German headphone maker Beyerdynamic to help squeeze a special Tesla driver into a small body.

If you know your high-end headphones, then you’ll be aware that Beyerdynamic’s T1 headphones were among the first to pack the Tesla driver. In the case of the T8iE, they utilise a dynamic moving-coil transducer, meaning a separate transducer dedicated to bass, mid-range and treble tones isn’t required.

So what are the benefits? Hopefully to offer a more balanced sound, with a higher level of sensitivity and a wide range of frequency. Not surprisingly, this comes at a price. You’ll have to cough up the princely sum of £800 if you want a pair. The question is, are they really worth the money? 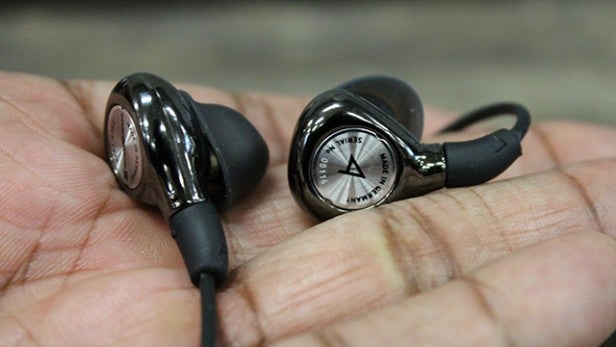 There’s no doubt that the T8iE are a good-looking pair of in-ears. A&K claims that each pair is handcrafted – and immediately you get a sense that this is the case. The glossy ceramic-like finish on the outer housing screams sophistication. Plus, there’s a nod to both manufacturers with the inclusion of small A&K and Beyerdynamic logos on the outside of the earphones.

Some interesting decisions have been made with regards to how these earphones sit inside your ear. A&K has opted for a “concha” design, so they’re shaped a bit like a shell. This isn’t merely an attempt to be different for the sake of being different. They’re constructed in such a way to sit more naturally in the ear – and they do.

You can also pick from either a 3.5mm or a 2.5mm Kevlar reinforced cable, which is attached below each of the earbuds. The 2.5mm cable is built specifically to plug into A&K music players. Unfortunately, there’s no sign of an inline remote on either cable, which will disappoint anyone expecting to better playback support for their smartphone.

That cable is designed to sit over and around the back of you ears, to create a secure fit. While this is largely the case, on several occasions I’ve had to reposition the cables. This tinkering causes the earphones to become looser inside the ears.

Alongside a pretty fancy leather case, there are five different-sized silicone tips included in the box, as well as three sets of Comply foam ear tips. As a result, there should be something here for most ears to achieve a comfortable fit. 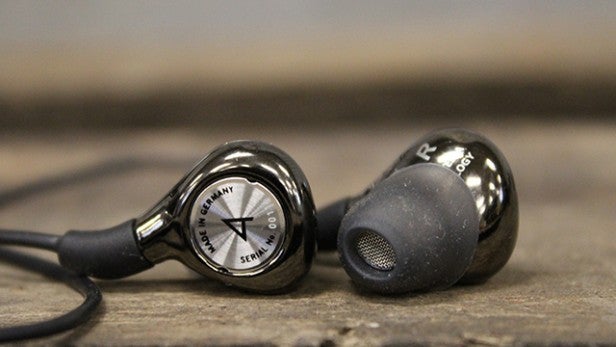 With the T8iE promise of crisp bass, well-balanced mids and crystal-clear highs, I was fully expecting to be blown away. I can’t say that this was entirely the case.

They certainly sound good. Are they £800 good, however? I’m not so sure. Generally, they handle most music genres well, but I can’t help but conclude that serious audiophiles will pick up the same holes in performance that I have.

These are definitely in-ears with which you’ll need to bide time in order to reap the benefits of the Tesla technology. I was pretty underwhelmed following my first few listens plugged into the A&K JR high-resolution music player and an iPhone. But it does get better.

Playing back high-resolution audio files and streaming Spotify, it’s the bass response that really strikes a chord here. It’s velvety warm and doesn’t intrude on those nicely balanced mids, which can often be the case with in-ears.

It’s in the treble department where I was left wanting. I didn’t feel that the vocals screamed with the exceptional detail and clarity I’ve experienced on cheaper in-ears. Listening to a 24-bit/192kHz version of Marvin Gaye’s LP “Let’s Get it On”, warmth, lovely separation and a generously wide soundstage was apparent. However, Marvin’s sultry tones simply didn’t feel like they were getting the same treatment. 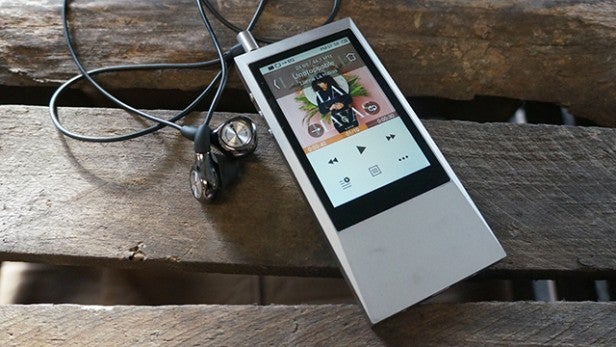 Should I buy the Astell&Kern AK T8iE?

£800 is a lot of money to spend on a pair of in-ear headphones, even those that include cutting-edge technology. In the case of the T8iE, I’m not convinced they’re worth the expensive outlay.

They look fantastic and are undoubtedly beautifully crafted – but ultimately, it’s sound quality where they’ll be judged. Based on what I’ve experienced over the past few months, they’re not quite there yet.

However, I’d be very surprised if this is the first and last time that A&K and Beyerdynamic try to pack Tesla drivers into such a small package. I’m sure there’s more to come.

The A&K AK T8iE certainly look the part – but sound quality doesn’t quite live up to the £800 price tag.