Apple CarPlay is a system Apple recently introduced to help car manufacturers integrate iPhones into car infotainment systems. It is, in effect, a custom interface based on the core features of the iPhone plus a few select third parties.

Numerous car makers, ranging from Honda to Ferrari, are launching cars that support CarPlay. But you can still get CarPlay in your current car using after market systems such as the Pioneer SPH-DA120. 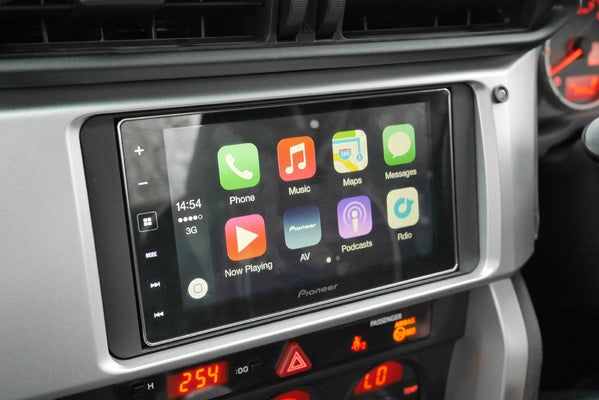 Pioneer is the first brand to start selling CarPlay systems, and the SPH-DA120 is the cheapest option. It’s a double-DIN stereo with a 6-inch touchscreen that costs £350 and is, in Pioneer’s terms, a slave system. That means it has no CD player, no built-in storage and no sat-nav system. It doesn’t really need these things, though, thanks to its CarPlay support. Indeed, while Pioneer has more expensive CarPlay systems, if you’re after CarPlay alone then the DA120 is all you really need.

The unit itself is attractively simple. There’s a column of touch buttons to the left of the 6.2-inch screen, but that’s the only visual clutter. And while there’s no disc spinner that doesn’t mean the Pioneer SPH-DA120 lacks features. There’s Bluetooth built in, plus two USB ports and a rear aux input at the rear. I like how the included hands-free microphone is Bluetooth, so you don’t have to trail wires everywhere. There’s also an external GPS antenna and a HDMI input, and a generous selection of video formats can be played via USB, including MKV. 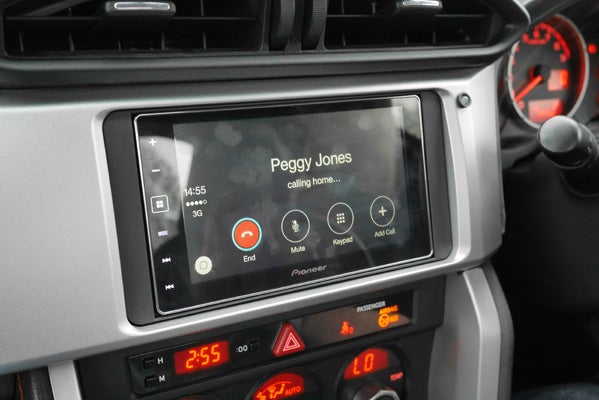 All this is incidental to the CarPlay support, however, as all the above runs on Pioneer’s own software. CarPlay only comes into the picture when you plug your phone in via a USB port. Why USB and not wireless? Because Bluetooth can’t sustain the bandwidth needed to transfer all the data needed. A wireless system would be preferable, but it isn’t a big problem.

Plug your phone in and CarPlay automatically loads. The basic interface is an instantly familiar grid of icons. The default ones are Phone, Music, Messages, Now Playing, Podcasts and a Pioneer icon that takes you back to its interface. If you have Spotify or Rdio installed then they appear, too, although they’re the only third-party apps at present. 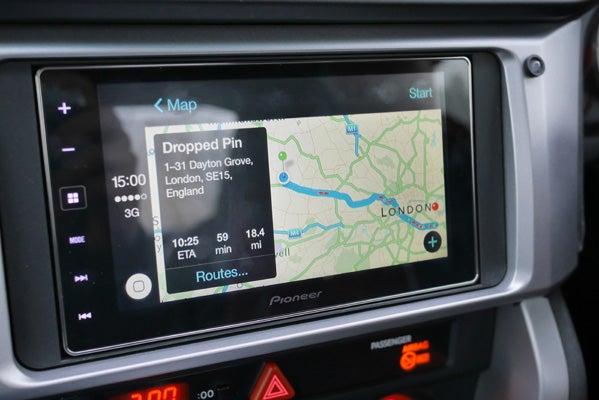 On this system you navigate using two things: touch and voice. There’s a menu bar down the left side that includes a virtual Home button, which includes the time and phone signal. This seems fine, although I can’t help but feel the Home button is rather small and hard to reach in a right-hand drive car. This should be less of a problem in manufacturer systems, as CarPlay supports the usual dials and controls they provide.

Voice control remains essential, though, particularly because there’s no on-screen keyboard for safety reasons. This impacts the Maps interface the most. By default Maps pulls through recent destinations and saved addresses, such as Home, Work and addresses saved in your contacts. The only way to input an address manually is through voice recognition. 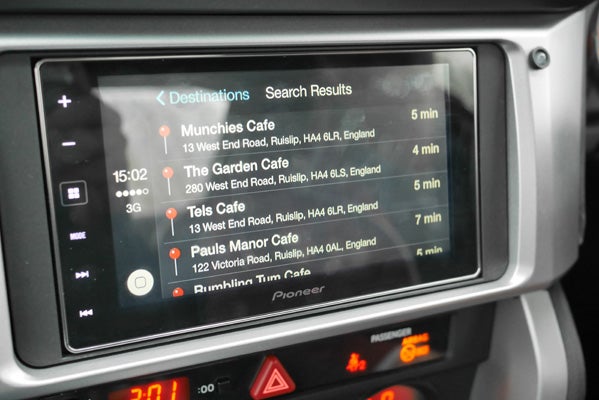 I didn’t get the chance to try this using CarPlay, but testing with Siri alone shows it isn’t the most reliable way to input addresses. It doesn’t, for example, support UK postcodes and it trips up on some road names and places – ‘Grainger Road, Isleworth’ came out as ‘Grange Road, Isa worth’ every time I tried it. You could use your phone to input the address, but you need to have the address saved to your Contacts already for this to work seamlessly. 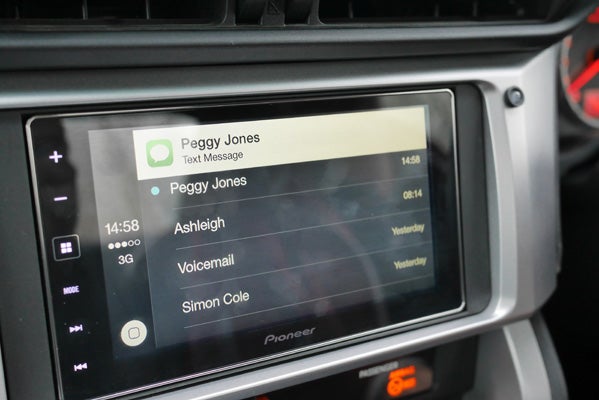 This was the most troublesome element of CarPlay in the time I spent with it, although it isn’t the only limitation. The Messages app also relies on voice both for composing and reading messages. The latter works fine, as CarPlay will read out any messages you receive, but it will only read out new messages, not old ones. Again, this is a safety measure, though it seems a little restrictive – why not allow the most recent messages as well? 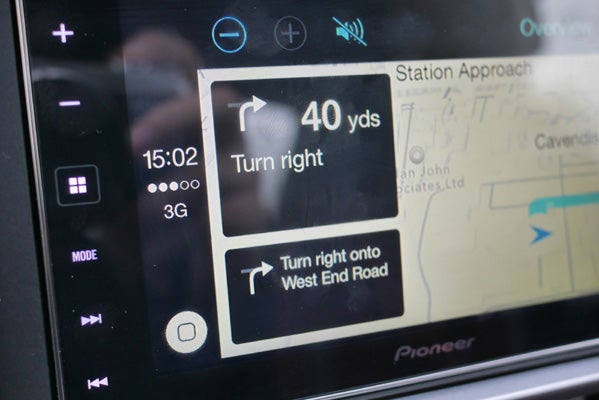 The Music app isn’t hugely different to that on a phone, just larger and slightly rearranged. The Maps interface, however, has a few useful enhancements. The main one is two large pop-ups showing the next two driving directions. You can minimise them to get a better view of of the map, but they’re smart changes.

Another difference is that you can’t pinch to zoom. Instead there are plus and minus buttons for zooming in and out. This change makes sense as pinching and zooming while seated in the drivers seat is awkward. 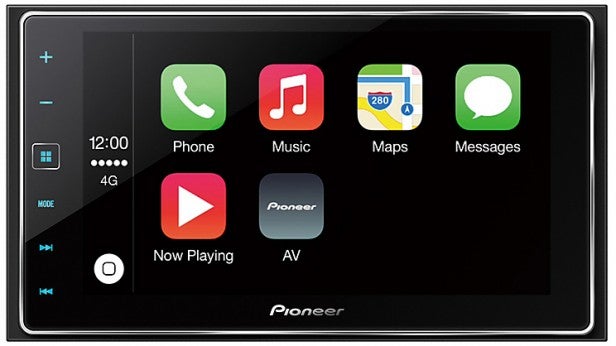 The Pioneer SPH-DA120 is a nice little unit and a good option if you want a CarPlay-compatible stereo in your car. It’s not perfect – the screen isn’t all that sharp or colourful considering the price, but by the standards of high-end car stereos, it’s decent value. It has everything you need.

As for CarPlay itself, it feels like a reasonable first iteration rather than a must-have upgrade. It’s worth seeking out if you’re buying a new car and are particularly wedded to Apple and the iPhone, but it doesn’t feel essential enough to go to the expense of upgrading an existing system – unless, that is, you were planning on doing so anyway.