AOC’s display has decent contrast, and its colours are reasonable albeit a little over-saturated, but good enough for everyday office tasks. Elsewhere, it has loads of features and a good price. It’s a reasonable option if versatility is more important than image quality.

The AOC 24P2C is an office screen that places a huge emphasis on having every feature that a modern workplace needs. but without breaking the bank.

It’s unusual for a panel at this size and price to have so many features, but AOC has managed to cram in USB-C, a KVM switch and loads of adjustment options into this smart-looking panel. At just £180, though, can it include decent image quality too?

The KVM is a rare feature among office displays, especially at this price, and it’s useful – it allows one keyboard, mouse and screen to be used by multiple PCs or laptops.

The USB-C port can be used to power laptops, transfer data and as a DisplayPort connection, which means the entire display can be managed from one laptop with one cable. 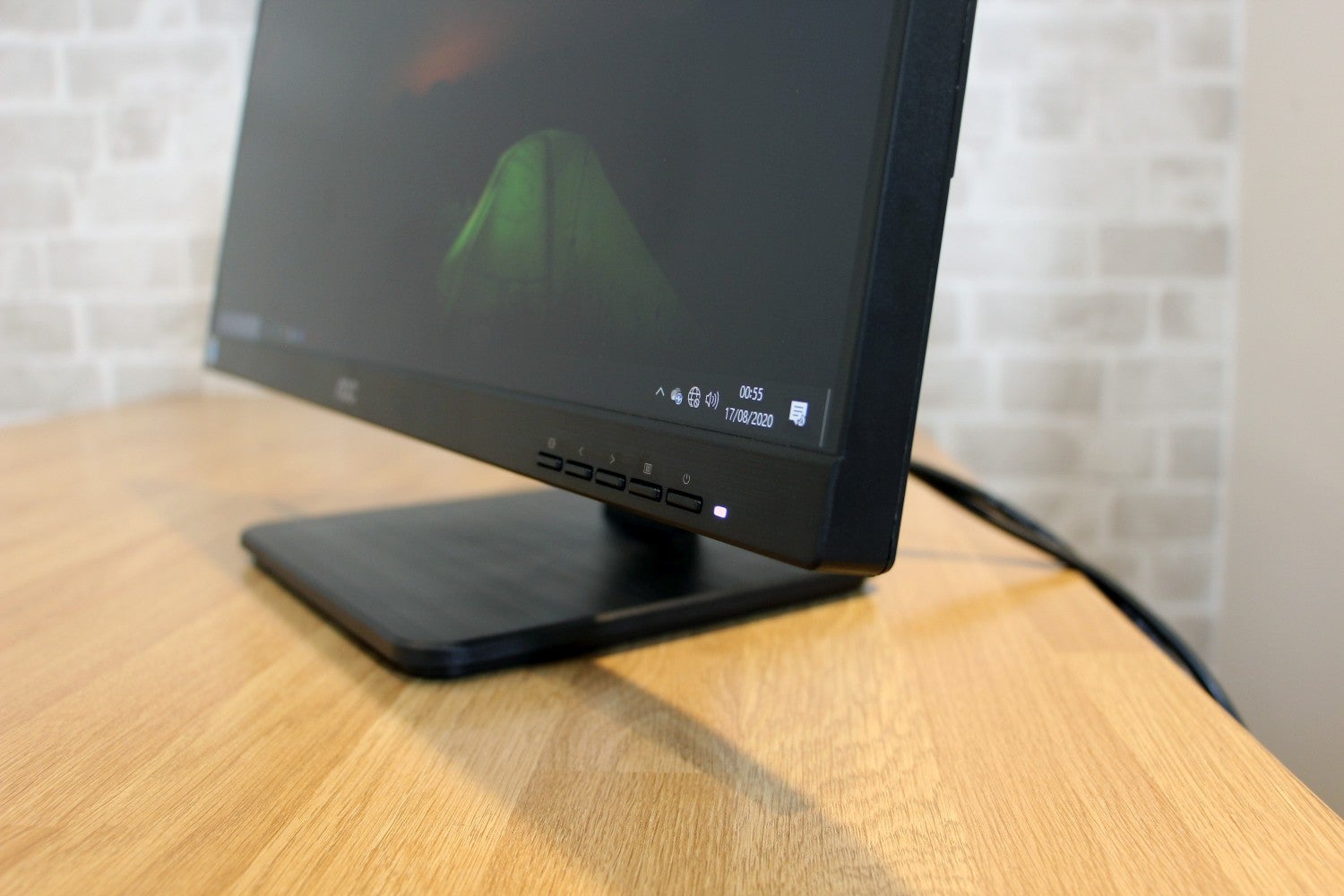 This display is physically quite impressive. It includes 150mm of height adjustment, which is ample for a 24in screen, and it has 40 degrees of tilt and 180 degrees of left-to-right swivel. It can pivot to portrait mode, it’s compatible with 100mm VESA mounts, and the stand pops out of the back of the screen with a single button-press.

The only slight issue is the movement, which can be clunky. The AOC is made largely of plastic, which is no surprise at this price, but it’s robust – there’s little give in any of the materials. It doesn’t look awful either: it’s got slim bezels, a brushed metal effect on the base and a simple stand.

The side has two USB 3.2 Gen 1 ports, which are easily accessible, and in the more conventional downward-facing position there are two more USB 3.2 Gen 1 ports, HDMI and DisplayPort inputs and the USB-C connector alongside an audio jack. In terms of features, there isn’t much missing – perhaps a card reader, but that’s it. 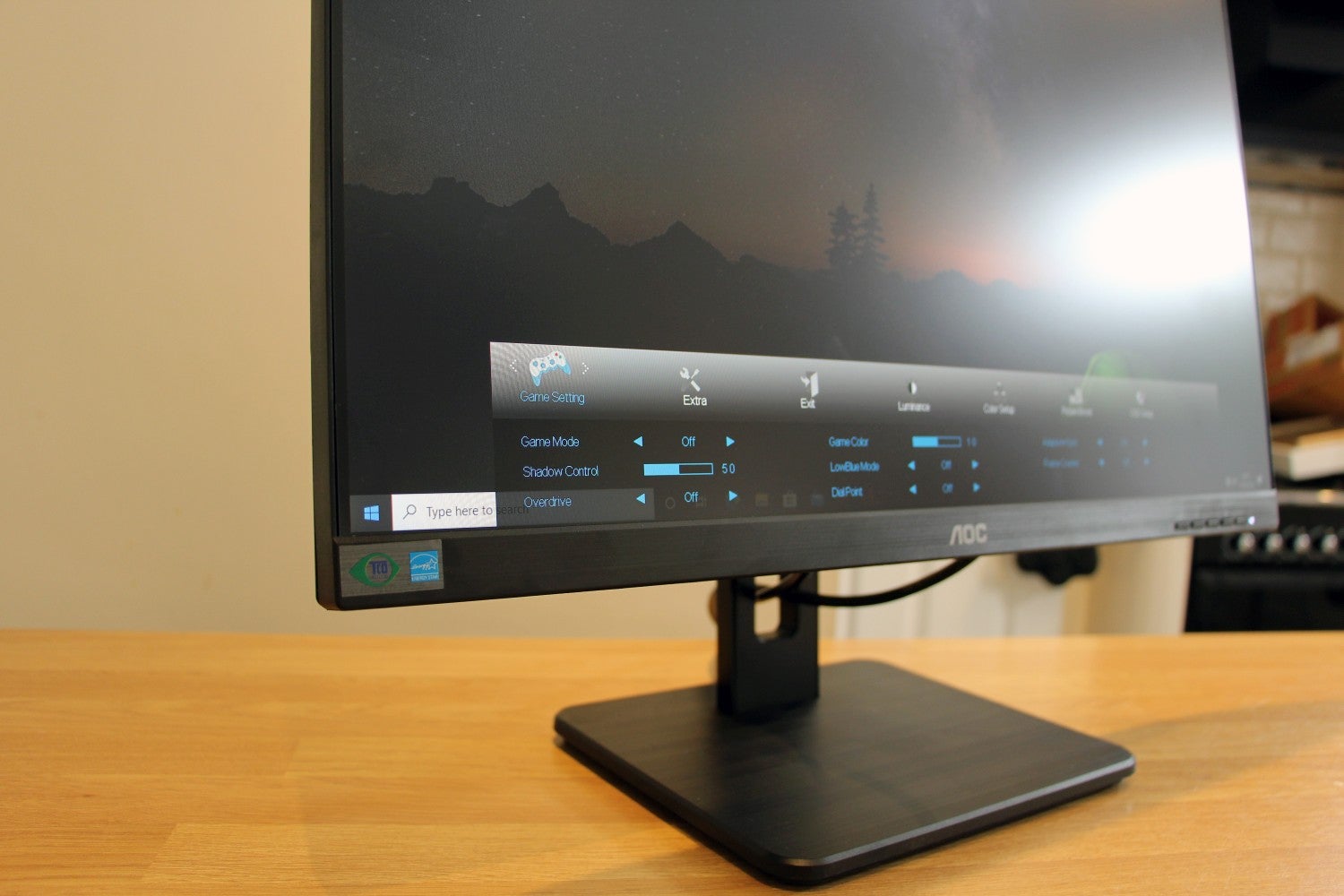 Pleasingly, the AOC uses physical buttons rather than temperamental pressure-sensitive pads, and there’s a physical power rocker beside the power input. The on-screen display has plenty of options, including some gaming tweaks. It’s easy enough to manage, even if there are irritations: those physical buttons are too soft, and the OSD is slow. Don’t expect much from the speakers, either, which are tinny and flat.

On the inside, the 24in AOC uses IPS technology with a 1920 x 1080 resolution and 8-bit colour. It’s got a 75Hz refresh rate that can work with AMD FreeSync and Nvidia G-Sync and a 4ms response time. It’s very much a specification for everyday use rather than gaming or colour-sensitive work.

The AOC serves up a peak brightness of 249 nits, which is fine for day-to-day office and home use, and its maximum black point of 0.21 is decent too.

The contrast ratio of 1186:1 is a respectable figure for a mid-market IPS panel, helping the AOC serve up solid punch and vibrancy and decent levels of depth. Dropping down to half brightness saw these results maintained, so contrast remains good when the display is running at more conventional brightness levels. 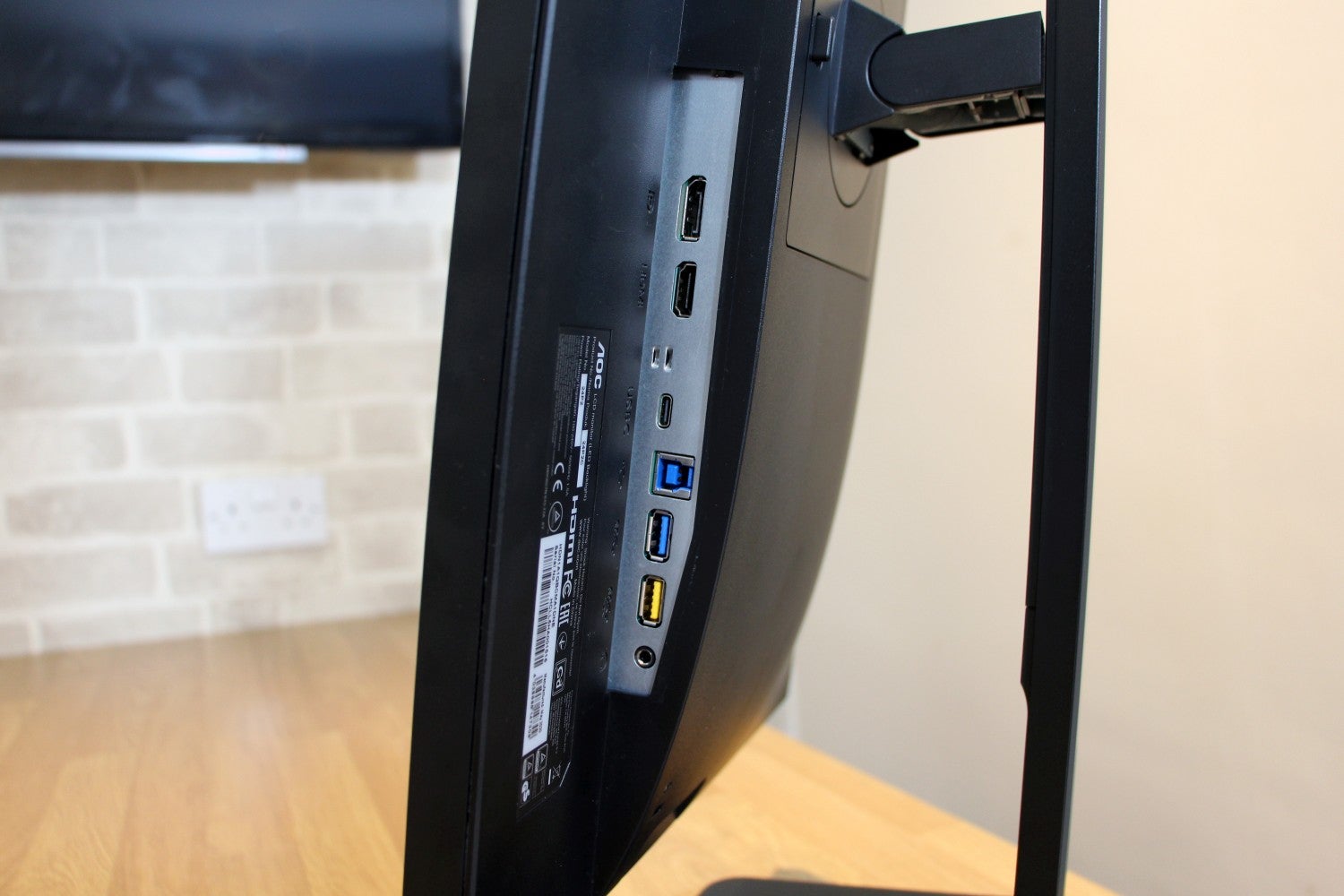 The AOC only has middling colour quality. Its Delta E of 1.34 is impressive is good, but the colour temperature 5647K is too warm and leaves the display looking over-saturated. This was a common issue across most of the AOC’s screen modes, and in the Normal Colour mode the temperature improved marginally to 6019K but the Delta E declined to 1.66 – decent figures, but not good enough for colour-sensitive work.

The AOC’s sRGB colour gamut figure of 92.2% is similar: another decent result that’s good enough for everyday use, but not good enough for photo-editing, design and other tasks where accuracy is key. Uniformity is middling: the backlight lost around 15% of its strength in most of the corners.

This display may not have the quality to handle colour-sensitive work, but it does have the ability to handle mainstream office tasks and home computing thanks to its decent contrast and reasonable colours. The AOC is affordable too, and is packed with lots of features. It may not have flawless image quality, but the AOC 24P2C is a good all-rounder.