The MRX 310 is Anthem’s latest entry-level AV receiver, a new and improved version of the MRX 300 which blew us away back in 2012.

Anthem’s no-nonsense, performance-led approach to AV receivers has earned the Canadian company an enviable reputation among home cinema enthusiasts. They might lack the latest tricks and tech found in big-brand receivers, but make up for it with a more powerful and refined performance than you might expect for the money.

But what really sets Anthem’s receivers apart from the competition is the inclusion of its exclusive Anthem Room Correction software (ARC). Now in its second incarnation, ARC 1M has been enhanced to make it easier to use and even more accurate. Everything you need is bundled in the box, including a microphone and tripod stand – another reason why Anthem’s receivers represent phenomenal value for money.

Interestingly, the MRX 300 offered seven channels of amplification but the MRX 310 has been demoted to a five-channel affair, creating a clearer distinction between this entry-level model and the step-up MRX 510 and 710, which deliver greater power and extra features.

The MRX 310 benefits from a major design overhaul. The MRX 300 looked drab and workmanlike with an overly busy front panel, but the stripped-back MRX 310 is much easier on the eye. The dark grey, brushed aluminium finish and curved bars at both ends of the fascia bring refinement and elegance, and we love the simple, uncluttered arrangement of buttons and dials on the front. It’s still a little industrial, but a much less scary proposition than its predecessor. 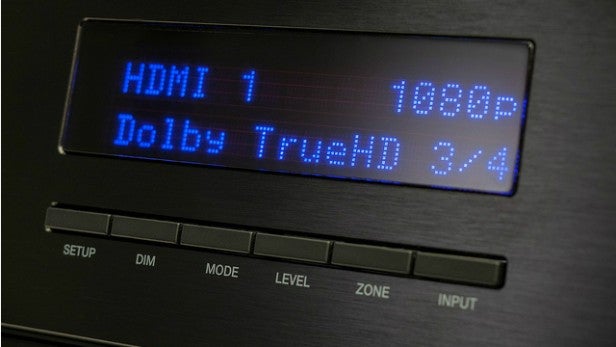 On the front is a nicely-sized blue LED display panel, giving information about the input and audio format being used, with a row of six discreet buttons below it. These let you access the setup menu, toggle through inputs, dim the display, change modes and levels and select zones. 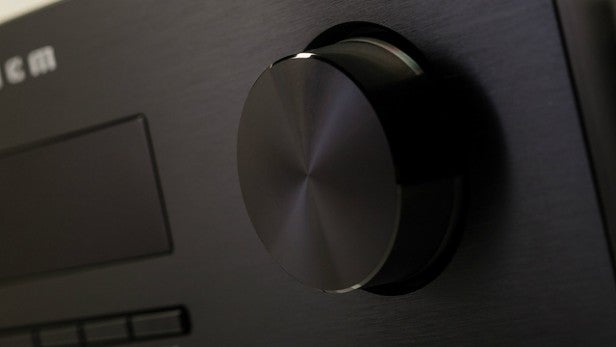 On the right is a large volume dial and power buttons for zones 1 and 2, while on the left is a panel of menu controls and a removable flap that hides a headphone jack – unlike the MRX 510 and 710 there’s no front HDMI input. 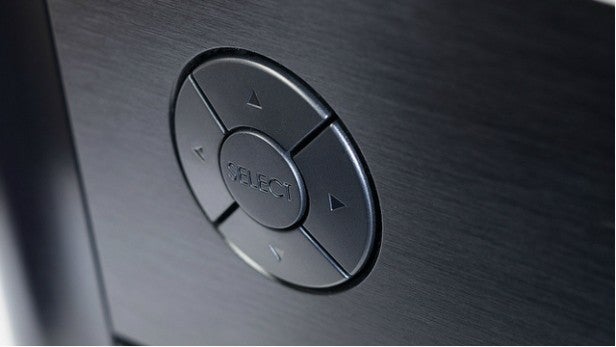 Also pleasing is the MRX 310’s build quality – something Anthem prides itself on. The bodywork’s robust metallic construction is every bit as good as you’d expect for the money.

The MRX 300’s socket selection was disappointing to say the least, with just four HDMI v1.4a inputs to its name. Thankfully Anthem has increased the number to seven on the MRX 310, alongside two HDMI v1.4a outputs, which should be enough for most users. The HDMI sockets support Audio Return Channel (ARC) and 3D pass-through, plus 4K upscaling and pass-through on one of the inputs.

Completing the line-up are 5.1-channel pre-outs, FM/AM antenna inputs, RS-232, IR in and out, 12V trigger, a USB port for firmware updates and an Ethernet port, which is used for IP control and to carry out the ARC M1 procedure – the MRX 300 relied on the clunky RS-232 port.