AMD was insistent I test the Ryzen 5 processors with B350 motherboards both because the firm has worked closely with motherboard BIOS designers to optimise performance – particularly with regards making RAM run quicker – and because it sees B350 boards as being the natural partners to these more mid-tier processors.

I tested the chips on an X370 board too and found they perform more or less the same, but did stick with using the supplied ASRock Fatality AB350 Gaming K4 motherboard for final test results. 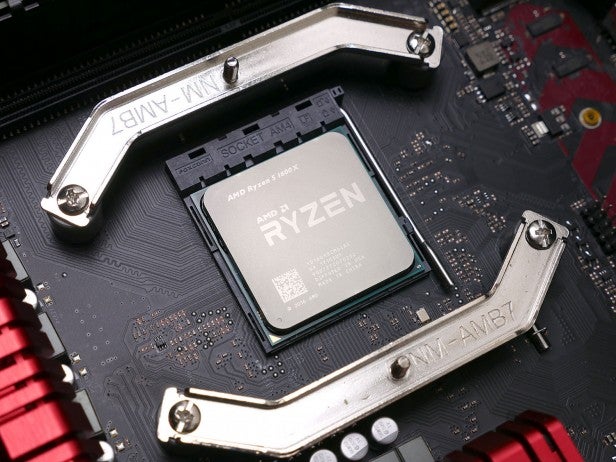 AMD also supplied some 3200MHz Geil DDR4 RAM for testing as it was keen to show the benefit of faster RAM and that RAM support was improving – many users had problems with poor RAM performance when the Ryzen 7 processors launched.

Sadly, I couldn’t get the Geil memory to work at anything faster than 2133MHz. So I used some Corsair 3000MHz memory instead, which worked at its full speed for the 1500X but refused to boot at full speed with the 1600X. As such I was forced to run the RAM and 2666MHz.

Hopefully this whole situation will improve as motherboard BIOS updates are rolled out.

As hinted at earlier, the fact that AMD and Intel now have such close performance for any given number of cores and any given clock speed means it should be fairly easy to predict how overall performance should pan out, and sure enough tests met my expectations.

Starting with arguably the single most reliable indicator of raw CPU speed, Cinebench R15 showed the Intel Core i5-7600K coming in some 25% faster than the AMD 1600X in the single thread test, but then AMD leapt to a massive 90% advantage in the multi-threaded test. The i5-7600K simply doesn’t have an answer for those two extra cores and SMT. 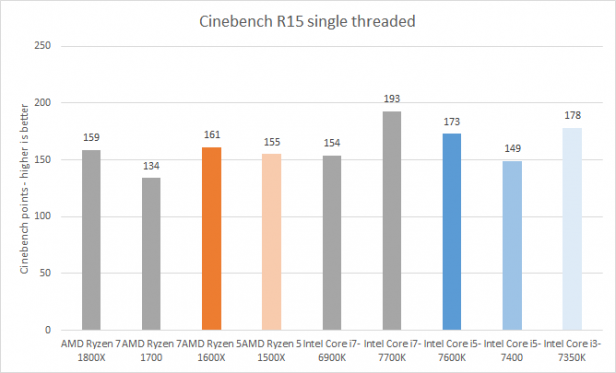 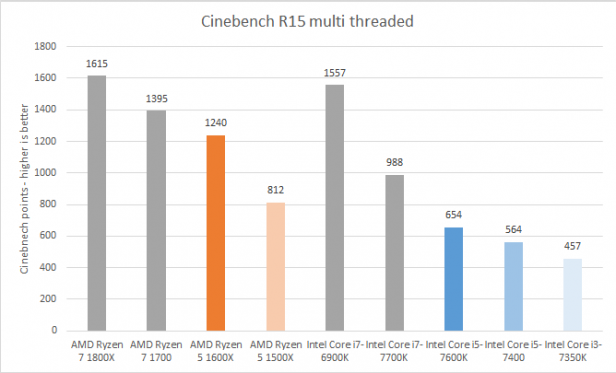 For the 1500X, AMD’s chip only managed to eek out a 1% victory in the single-threaded test despite a 200MHz clock speed advantage, but then pulled out a comfortable 44% advantage in the multi-thread test.

Moving onto the inbuilt benchmark in POVRay 3.7, I again saw that clock speed is all important for single thread performance but when it comes to multi-thread the 1600X and 1500X both impress:  they beat their price competitors by 47% and 23% respectively. Also, note that the 1600X is not just comfortably beating the i5-7600K for multi-threaded workloads but the i7-7700K, too. 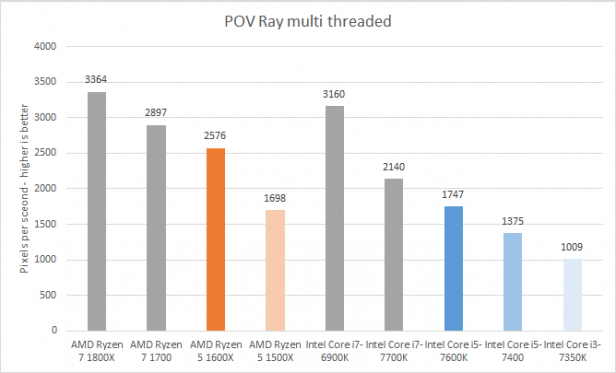 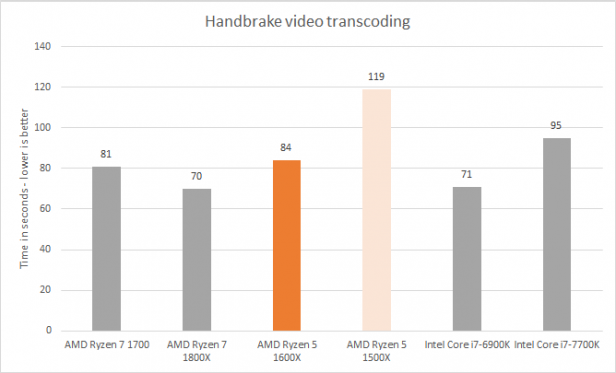 Moving onto gaming and there are no surprises. CPU-busting strategy game Ashes of the Singularity still doesn’t like AMD CPUs, despite it being a game that loves having loads of CPU cores. AMD consistently comes out slower when the graphics detail is turned down and the framerate cranks up. When the resolution and detail settings are turned up, though, then all the CPUs on test, other than the Ryzen 1700 (that has a particularly low clock speed) perform identically. 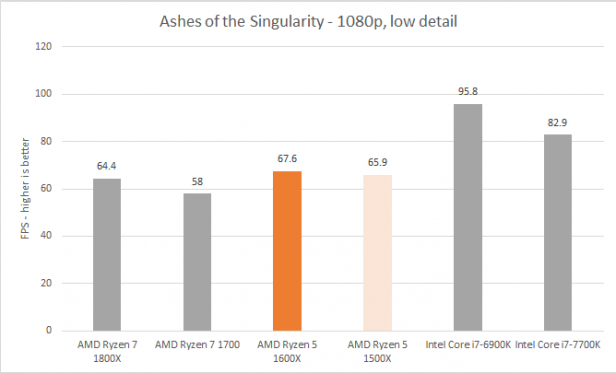 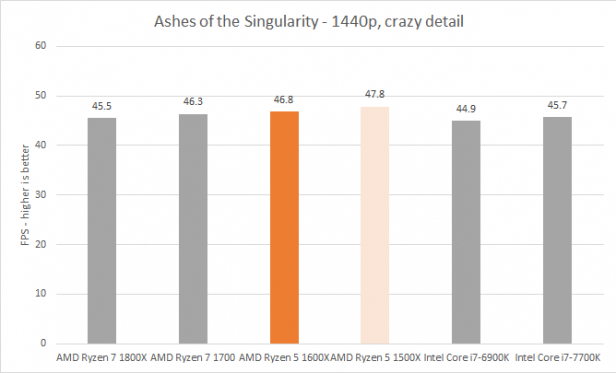 This trend continues with Battlefield 1 where at 2560p with details set to their maximum, all CPUs other than the Ryzen 1700 deliver essentially the same frame rate. But, drop the resolution and detail down and the faster-clocked processors pull ahead. Whether you need 178fps rather than 162 is up to you but it gives an indication of the sort of framerates needed to really see a difference in gaming performance with these CPUs. 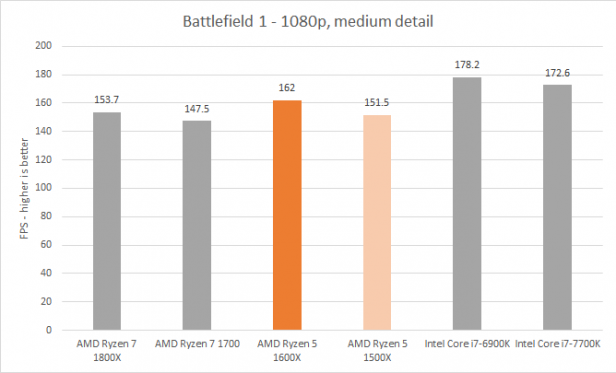 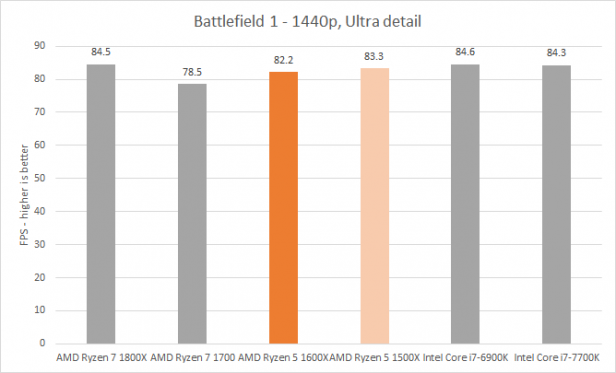 This is highlighted even more in The Witcher 3: Wild Hunt where even in the lower resolution, low detail test there’s very little between all the CPUs on test. This point was compounded when I bumped the resolution and detail settings up. 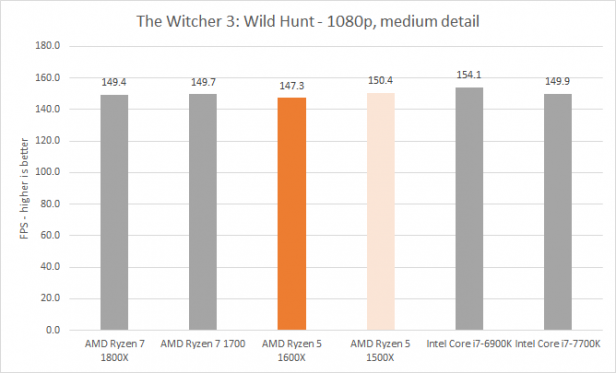 Improving power consumption was a key part of the design process for Ryzen and AMD’s efforts have proven fruitful. Both the 1600X and 1500X are rated for a 65W TDP and in my tests they were impressively frugal. 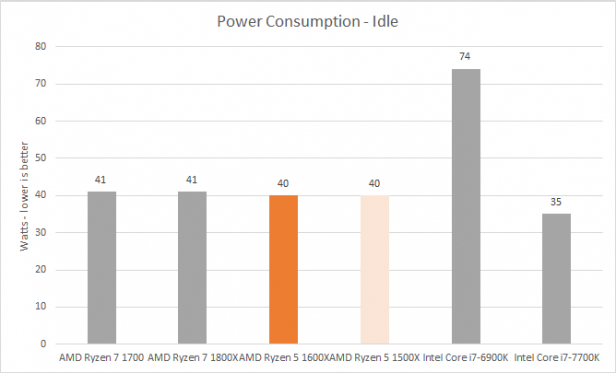 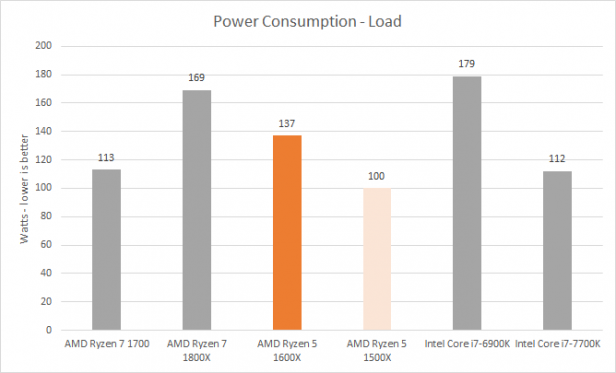 All AMD Ryzen processors are unlocked for easy overclocking, which potentially gives AMD a massive advantage over Intel. In fact, it opens up the possibility of AMD cannibalising its own market as users buy something like the slow-clocked Ryzen 1700 and overclock it to get 1800X levels of performance. However, overclocking is not guaranteed and, sure enough, I had mixed results with the 1500X and 1600X.

I managed to get the 1500X running at a consistent 3.9GHz and even had it benchmarking at 4GHz for a time. After a reboot it then refused to run at 4GHz, so I dropped back down to 3.9GHz. That’s a nice little 200MHz jump over the default boost clock speed and 400MHz faster than the base clock. Power consumption did jump up, but only from 100W to 123W.

As for the 1600X, not only did I have issues getting the RAM to run at the speed it should, but overclocking was less fruitful, at least in terms of the proportional gain. It ran fine at 4GHz, which is faster than the 1500X achieved, and a nice boost over its base clock of 3.6GHz, but it only matches its default boost clock.

As for Intel, while it can’t offer the same range of (easily) overclockable processors, those that do overclock go further. The 7600K can run at up to 4.8GHz with ease, (while 5GHz is also achievable), making for a far jump of 1GHz over the base clock and 600Mhz over the boost clock, with a resultant 18% boost in Cinebench scores. 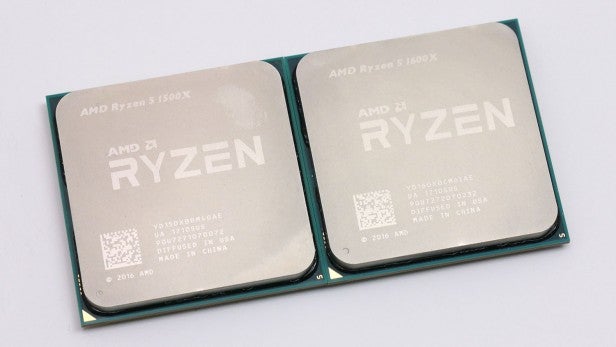 The quick answer is yes, you should consider buying either one of these CPUs. Both offer fantastic overall value (price changes by Intel post-launch notwithstanding) and make for a great start to a powerful gaming and a work PC that can easily be upgraded all the way to an eight-core CPU without the need to change your motherboard.

In this regard, the 1500X is the sweet spot of the Ryzen range so far. It’s cheaper than all but the Ryzen 1500, has the greater overclocking potential compared to the 1600X, would benefit more if you ever did upgrade to an eight-core and yet still has all the power the majority of users will ever need. Moreover, its most direct competitor from Intel is beaten both for multi- and single-thread performance.

For those that really are sure they don’t need hefty multi-core performance then the Intel Core i3-7350K would actually be my pick of Intel CPUs at this price. It’s only dual-core (with hyperthreading) but it runs at the same blistering clock speeds as the 7700K and is overclockable to 5GHz as well.

As for the 1600X, while it doesn’t beat its direct Intel competitor in single-thread tasks, it holds a big lead in multi-thread workloads, making it an ideal buy for some users. It provides a great balance between the faster clocked quad-cores that Intel offers and the slower clocked eight-cores that Ryzen 7 chips offer.

AMD’s Ryzen processors continue to impress. Both the AMD Ryzen 5 1600X and Ryzen 5 1500X have jumped straight in as the best CPUs you can buy at their respective prices.