We’ve used
3DMark’s Fire Strike test and four Unigine Heaven benchmarks to test
theoretical performance, and we’ve taken idle and load temperatures and
power requirements to see which card is the coolest and most frugal.

To
get prices for each card we visited www.scan.co.uk and noted down the
cheapest stock-speed card we could find, although we’ll be referring
to the various overclocked and tweaked models available for each GPU –
which will be more expensive – later on in the review.

3DMark
is the de facto standard easily available graphics benchmark and as such
is an easy place to begin our testing. We ran the 3DMark Fire Strike
and Fire Strike Extreme tests at their default settings. 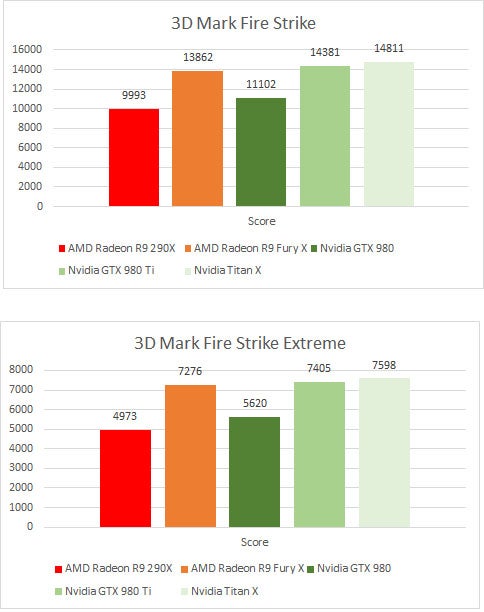 Battlefield
4 is predominantly a multiplayer game, but for consistencies sake we
test the game during a scripted moment in the single-player game. As
such it’s less CPU-limited than multiplayer scenarios but is a more
controlled test for GPUs. The results are recorded using FRAPs. 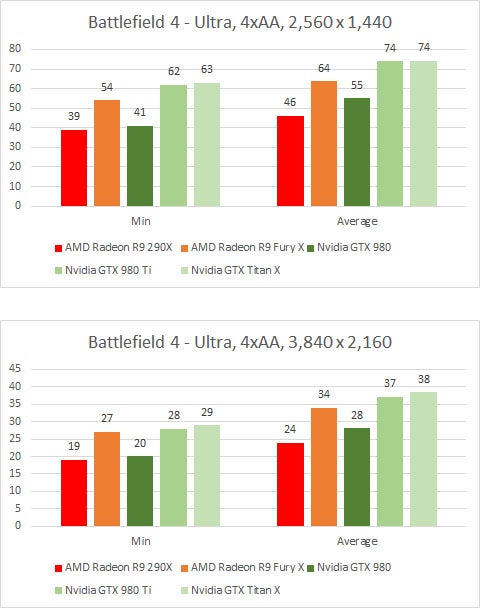 Batman:
Arkham Origins has proven to be one of the less graphically intensive
titles on out test roster. However, its impressive visuals give an
indication of the generally less demanding but still modern and
impressive-looking titles that are available. Again, we record our
results with FRAPs – but this time while manually walking through a
portion of the game. 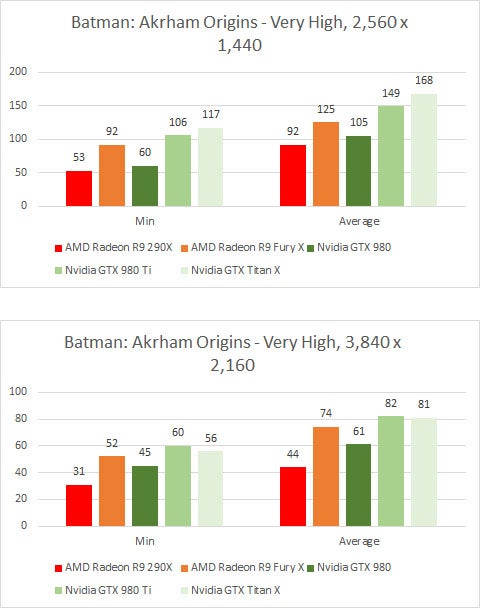 BioShock
Infinite is one of the more graphically demanding games we run, with its
ultra-high setting proving a stern test for even the most high-end
cards. However, the game scales very well so much higher frame rates
are achievable with lower settings. Results are recorded using FRAPs
using a manual walkthrough of one of the outdoor sections of the
single-player game. 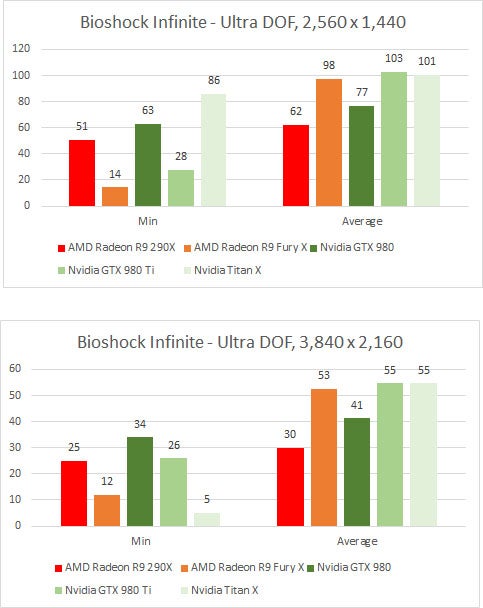 Still
by far the most graphically demanding game there is, Crysis 3 is the
ultimate test of graphics card performance. Results are recorded using
FRAPs during a manual walkthrough of the single-player game. 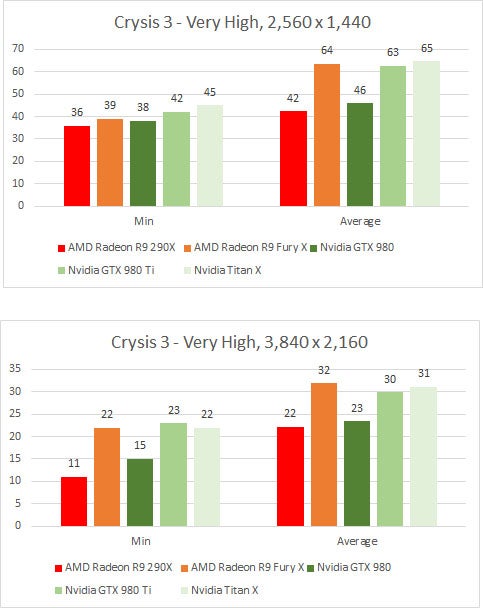 Second
only to Crysis 3 for sheer card-busting graphical intensity,
Metro: Last Light is a dark and moody game with ultra-realistic-looking
model textures that give it a gritty true-to-life feel. Again, though,
it can be scaled back quite nicely to perform better on lesser hardware. Results are recorded manually using FRAPs. 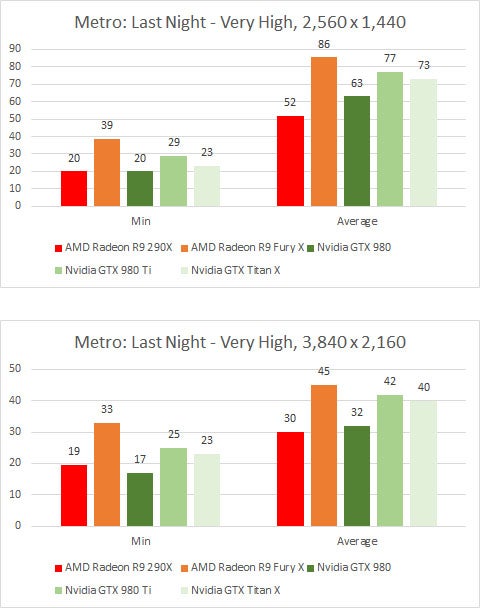 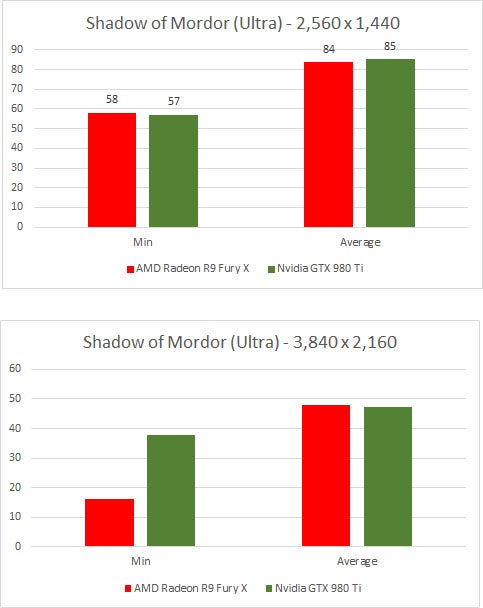 To
test how much power the latest graphics cards use, we power it through a
mains power-draw tester and leave the system on the desktop to check
total system idle power consumption. Then we load up Unigine Heaven to
max out the GPU and again check the total system power.

We use the same test for checking GPU temperature; we use GPU-Z to report the results. 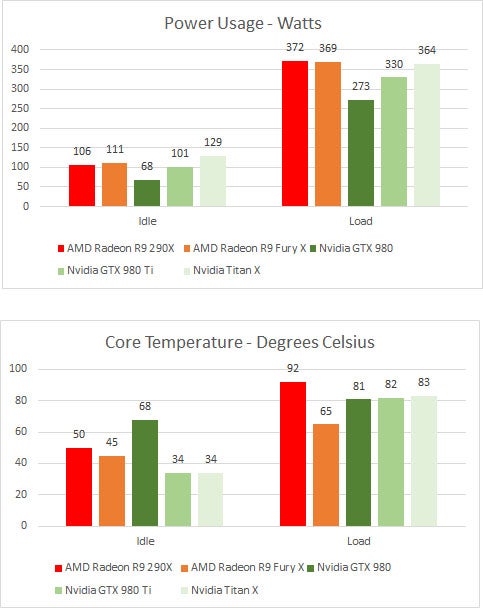 The Fury X blasted
through our 1080p benchmarks, which is no surprise given that this is a £500 card.
Its worst result at this undemanding resolution came in Battlefield 4,
where it still scythed through with an average frame rate of 91fps – and
in four of our games its averages topped 100fps.

The AMD card’s
1440p performance is more relevant, but its initial 3DMark Fire Strike
Extreme benchmark suggested it wouldn’t be able to match the GTX 980 Ti
despite AMD’s architectural improvements. In this test the Fury X scored
7,276, but Nvidia’s card snuck ahead with a score of 8,943.

That pattern was repeated in Unigine Heaven, where the Fury’s result of 42.7fps was almost ten frames behind Nvidia.

The
Fury X’s Battlefield 4 minimum and average scores of 54fps and 64fps
are good, but they’re up to ten frames behind the GTX 980 Ti, and the
gap is even wider in Batman – although this should be taken with a grain
of salt, since Arkham Origins is an Nvidia-friendly game.

AMD’s
card closed the gap in BioShock Infinite, where its 1440p average of
98fps was only five frames behind the GTX 980 Ti – at this level, this isn’t a difference you’ll notice. In Crysis 3, the Fury X performed
reasonably well. Its minimum of 39fps was only three frames behind the
Nvidia card, and its average of 65fps was two frames better.

The
Fury X was only one frame behind in Shadow of Mordor thanks to an
average of 84fps, and it finally triumphed over Nvidia in Metro: Last
Light. In this test the Fury’s minimum of 39fps was a full ten frames
better than the GTX 980 Ti, and its 45fps average was three frames
better.

Our 4K games benchmarks begun in similar
style. The Fury’s Battlefield 4 minimum and average results of 27fps and
34fps are just about playable, but the 980 Ti was one and three frames
better – and in Batman: Arkham Origins the gap was wider, with the Fury’s 74fps average
eight frames slower than its rival.

The Fury X closed the gap to a
couple of frames in BioShock, and then finally overhauled the GTX 980
Ti in Crysis 3 with an average of 32fps that outpaced the GTX 980 Ti by
two frames. The AMD card extended its lead in Metro, where its 33fps
minimum and 45fps average were eight and three frames ahead
respectively.

In our final games test, Shadow of Mordor, the
Fury X triumphed with an average of 48fps – only one frame ahead of the
GTX 980 Ti. Its low minimum frame rate of 16fps is less than half as good
as the Nvidia card, but we’re putting that down to an anomalous frame
that won’t affect gameplay. 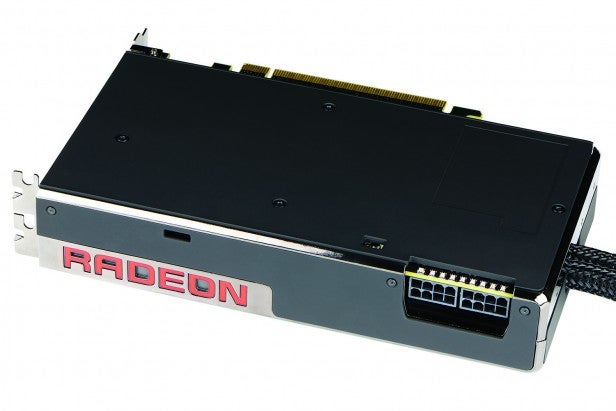 The
Fury X proved a little more competitive in our theoretical tests. Its
3DMark Fire Strike Ultra result of 3,943 was a few points ahead of the
GTX 980 Ti, and it was only two frames behind in Unigine’s 4K benchmark.

The Fury X picks up the pace at 4K, with more victories over the GTX 980 Ti. In terms of games performance, however, it’s a score-draw.

AMD’s latest card has the sort of power required to play with next-gen hardware, with enough grunt for VR,
144Hz panels and screens with AMD FreeSync. Be warned, though, that one
Fury X likely won’t be able to handle many games at 4K using these
settings, as high-end screens need to pump out twice as many frames to
keep up with refresh rates.