Visually, Colonial Marines looks just as much a product of the past. It’s a very dark game – it’s Aliens after all – and the lighting engine is capable of some very nice effects, but the character models and some clunky animation give it an oddly dated look, and muddy textures and boxy environments don’t do much to help the cause. Animation is a consistent downfall. In some of the most theoretically suspenseful scenes, the aliens actually look kind of comical. Compare Colonial Marines to Halo 4 or Dead Space 3, and it’s hard to believe that this has come out on the same hardware in the same kind of timeframe. 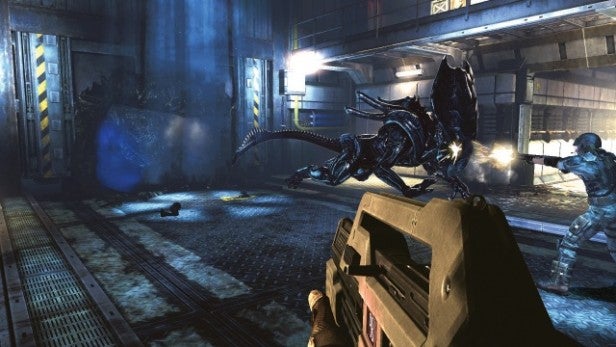 Most embarrassingly, even after all this time in development the game is glitchy. On the PS3 version tested we’ve had aliens walk right through our protagonist, Weyland Yutani troops apparating out of nowhere and even allies suddenly beaming into view. The lip syncing in the cut-scenes is off by a fraction of a second, and there are amateur moments where your guys appear to be operating keypads without using their hands. You can shoot straight through your allies, and aliens appear to be able to move straight through them too. All in all, it seems amazing that a game in development for so long can come out feeling so unpolished.

In short the single-player campaign functions well enough as a tour of Aliens, albeit one with some very ropey dialogue, but that’s all it is. The real test of a licensed game is that you could imagine still wanting to play it without the license. If Colonial Marines didn’t have all the Aliens goodness, you wouldn’t even consider it. 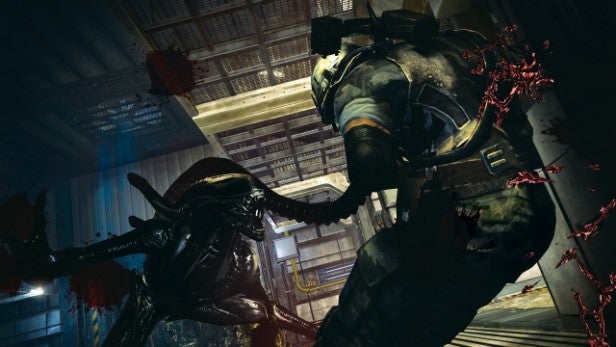 At this point it would be nice to say that the multiplayer experience was the game’s salvation. Well, the good news is that, beyond the basic team deathmatch mode, it features three options that put the focus on the differing abilities of the aliens and marines, in scenarios that pay some respect to the fiction. Escape and Survivor are particularly good, the first having the xenomorphs hunting the marines while they try to flee through each section of the map, the second asking the marines to stay alive as long as possible while completing a series of objectives. 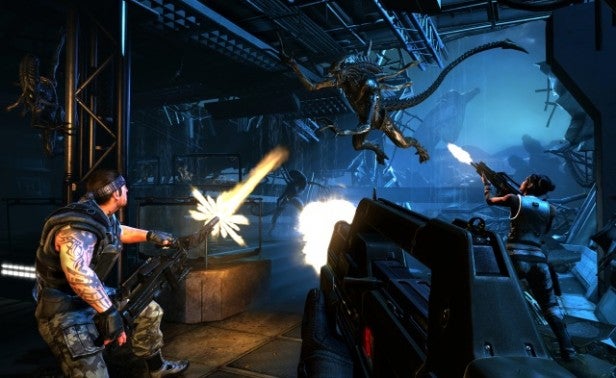 On the marines side these are quite good fun, but on the aliens side, not so much. The marines have arms and armour on their side, while the aliens should have speed and the ability to run up walls and ceilings. Sadly, that kind of movement turns out to be problematic, often leaving you stuck on some weird bit of wall and at the mercy of the first grunt with a pulse rifle. The aliens’ melee attacks aren’t strong enough to hit the marines decisively, and the spitter alien’s ranged attack is inaccurate with a painful rate of fire. Whatever side you’re on, the overall feel is of a game that should still be early beta, not out on general release. This simply isn’t good enough.

The epic wait for Aliens: Colonial Marines has only resulted in an epic disappointment. This is a dated shooter that could easily have appeared in the early years of the current console generation, with looks and gameplay to match. Aliens fans might enjoy revisiting familiar locations and using all those iconic Aliens weapons, but most will be horrified by the glitchy nature of the single-player campaign, and by multiplayer modes that never quite hit their potential. Thought Prometheus was a letdown? It’s got nothing on this.