Announced alongside the OneTouch smartwatch, Alcatel unveiled the Pixi 3 smartphone range, four entry-level handsets where you can choose which operating system they run on. You can’t swap between the operating systems, but you – or more likely the phone networks – have the option of Android, Windows Phone or Mozilla’s Firefox OS.

Alcatel hasn’t talked about pricing yet, but it’s fair to assume it’ll be competitive and an affordable route to owning a 4G LTE-compatible handset. While you may appreciate the prospect of having more say on the software, you’ll be less enthused about the lacklustre hardware. 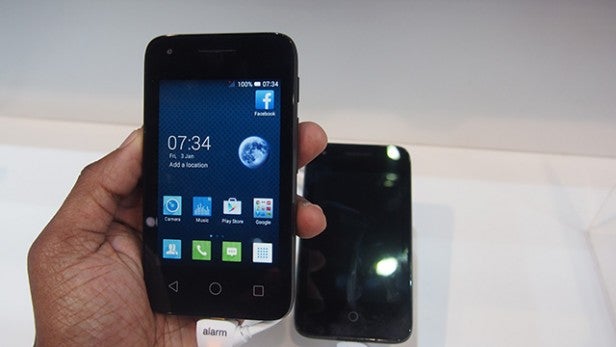 At the bottom end of the scale is the 3.5-inch Pixi 3, which is the only handset in the range to not support 4G LTE connectivity. It’s a chunky phone as well at 11.9mm thick, and the display has a pretty average 320 x 480 resolution.  A dual-core CPU powers things alongside 512MB RAM, while taking photos is covered by a 5-megapixel rear camera and VGA front-facing camera.

Moving up to the 4-inch Pixi 3, the look remains consistent, though the screen resolution has been bumped up to 800 x 480. It’s still a pretty lacklustre WVGA display, but sufficient for basic tasks. You do have the option of a quad-core 4G LTE setup with an identical camera array to the 3.5-inch Pixi 3. 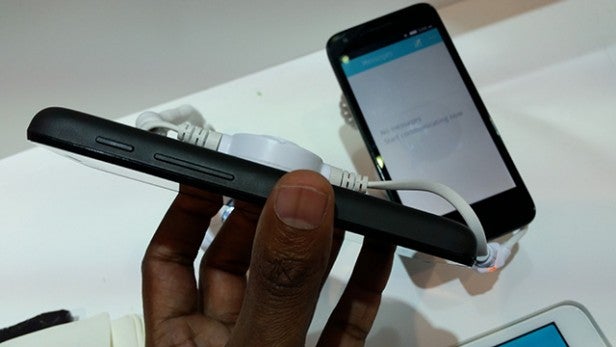 Up next is the 4.5-inch Pixi 3, available with or without 4G and sporting an 854 x 480 WVGA display. Again, the camera and connectivity outlay isn’t too dissimilar from the 4-inch Pixi 3.

Last up is the 5-inch Pixi 3, the slimmest of the bunch at 9.95mm thick, again packing an 854 x 480 WVGA screen and available with a dual- or quad-core CPU. A slightly more impressive 8-megapixel main camera is in tow, and there’s also a dual-SIM version for travellers. 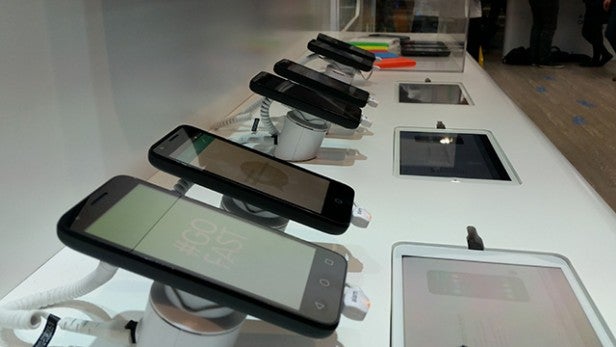 The handsets I got to play with were only running Firefox 2.0, showing off the cleaner new look and features such as copy and paste. It ran well on all handsets, without any noticeable signs of lag.

It’s difficult to get excited about the Pixi 3 smartphone range. This is as budget as you can get, even moving up to the 5-inch model, but if Alcatel can get the pricing right, it could be an affordable 4G phone option for kids or someone who needs a backup for their main phone and isn’t too fussed about anything other than coping with basic smartphone tasks.