The wearables market continues to grow at a phenomenal rate and now, with the foundations set, a new era of copycat devices has begun. Taking more than a few design pointers from certain market leaders, the Alcatel OneTouch Watch falls firmly within this category, and we had a chance to get our hands on it at CES 2015.

A first foray into the smartwatch space for the French manufacturer, the OneTouch Watch pairs a round display with a custom OS – there’s no Android Wear here. The usual mixture of ‘smart’ credentials such of message alerts, call notifications and fitness tracking are also present.

Unlike its market-leading rivals, however, this device isn’t going to break the bank. The LG G Watch R rival will cost just $150 (£99) when it hits retailers in March. 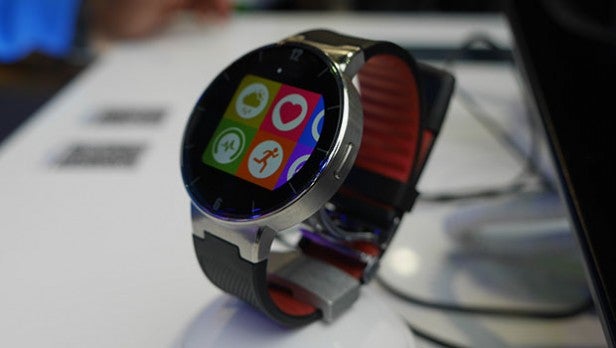 The first thing you notice about the Alcatel OneTouch Watch is just how much it looks like the Moto 360. Alcatel has been shameless in its copying. The watch might be slightly smaller than the 360 with a 1.22-inch display, but the 10.5mm-thick, metal-bodied timepiece looks remarkably similar to Motorola’s attractive effort.

Sadly, the OneTouch Watch’s mimicking of the 360 incorporates both the good and the bad. The compact, round screen is sufficiently detailed and sharp, but it has its flaws. Like the Moto 360, it features a ‘flat tyre’ bottom in order to incorporate the device’s light sensors. 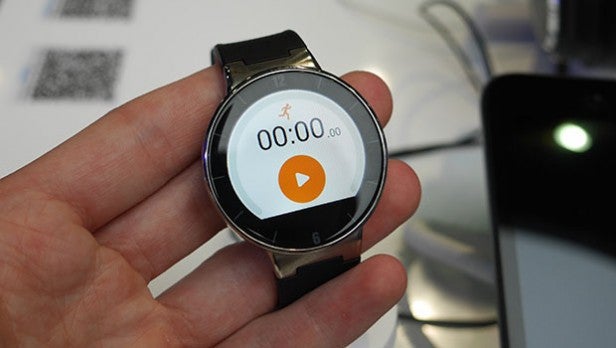 Within minutes of use, I found this unwanted black bar to be an irritant and an eyesore. Damaging the entire user experience, it cheapens the OneTouch Watch, cutting a section off the base of each and every screen.

Screen woes aside, this is an attractive wearable – especially at this price point. Build quality looks and feels the part, while the design incorporates subtle, elegant curves. There will even be a number of strap options available – two standard resin options (black/red and white) and a pair of metal offerings. 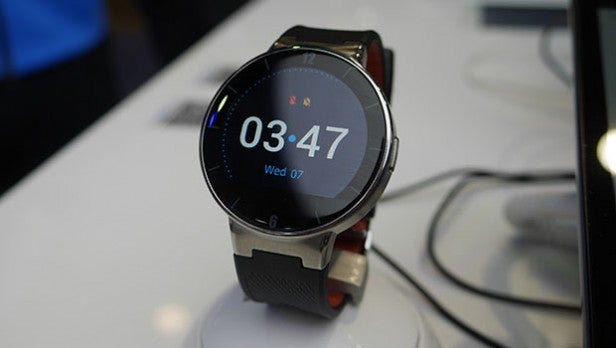 The only thing keeping this from seeming a carbon copy of the Moto 360 is the omission of the Android Wear operating system. Presumably wanting to avoid Google’s cloak of restrictiveness, Alcatel has instead opted to persevere with its own wearable OS.

This nameless software, however, has again been heavily inspired by rival services. Closely echoing the Android Wear experience, the UX is navigated via a selection of directional swipes. During my brief time with the watch, I found all screen transitions and swipes to be gleefully smooth. There’s even a physical wake/sleep button on the device’s side.

Despite lacking Android Wear, the OneTouch Watch’s features list is almost identical to those of 90% of its smartwatch rivals. It nears a full house on the check list of wearable expectation and mediocrity. Accelerometer? Check. Bluetooth 4.0 connectivity to accompanying app? Check. Optical heart-rate sensor? Check. 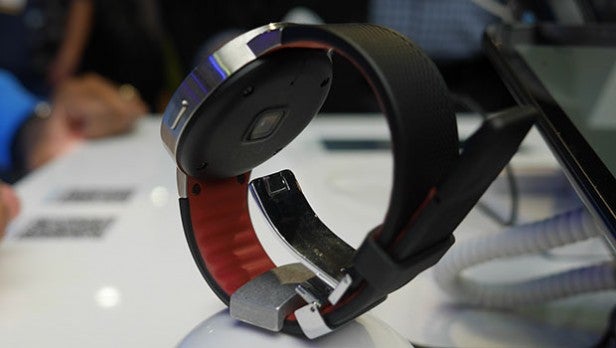 The only thing missing is Google’s voice-activated Now assistance. Instead, however, the Alcatel brings something far more valuable to the table – compatibility with both iOS and Android devices. A feature that sees it match the Pebble, this dual OS support is sure to win the device many fans.

What’s less likely to win the watch plaudits is its staying power. The battery life has been pitched as being between two and five days, depending on usage rates. While this is typically underwhelming, the OneTouch Watch does have one saving grace. Unlike many leading smartwatches, the Alcatel offering doesn’t require a proprietary charging cradle.

Instead, the techy timepiece features a USB port hidden within the tip of its strap. Echoing the efforts of the Nike FuelBand SE and the Huawei B1 TalkBand, this seemingly basic inclusion is a serious boon to travelling users and one I’d like to see on more wearables. 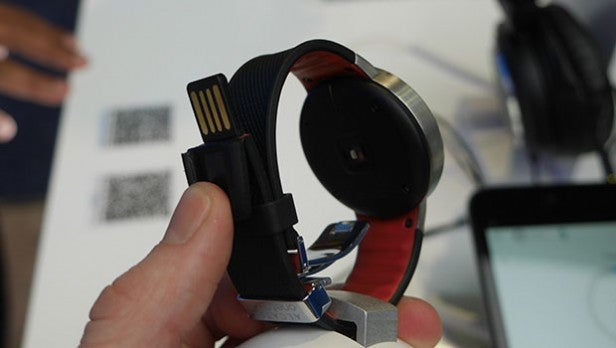 Despite – or perhaps because of – some blatant plagiarism, the Alcatel OneTouch Watch is one of the more exciting ‘affordable’ smartwatches heading to market – at least based on first use.

Priced the same as some basic fitness trackers, the device pairs a strong, albeit samey, features list with impressive styling and a bespoke OS which ticks all the boxes. It’s only a shame that not all of the ideas behind the OneTouch Watch were originally Alcatel’s.