What is the Aerix Duet?

There are plenty of manufacturers out there making Bluetooth speakers these days, but larger, one-box audio systems are still few and far between. The Aerix Duet is a rarity, then – but what a stunning solution it is.

It offers wireless Bluetooth aptX and Wi-Fi music streaming, as well as CD playback and FM radio, pumped out through stereo speakers with 360-degree sound technology. And it’s all packaged in a striking contemporary design that’s more industrial sculpture than hi-fi hardware.

Designer hi-fi never comes cheap, though. The Aerix Duet weighs in at £1,399, with an optional stand costing £299. 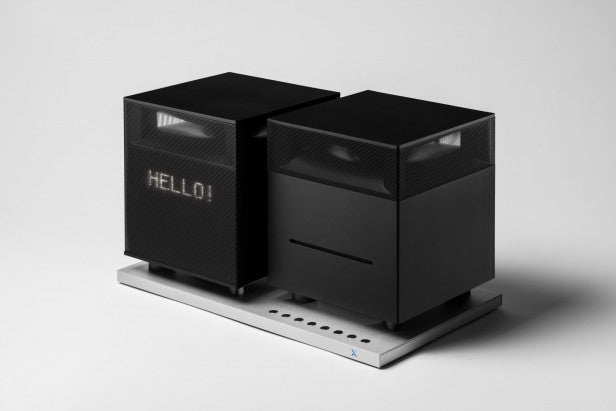 The Duet is described as a “dual-box design”. And that’s a pretty good description – two cubes are sat on a silver plinth, with the electronics shared between them.

Visual interest is added by one of the boxes being set back a little from the other. It looks great, to be honest – industrial and minimalist in just the right way, whether you choose the black or white version. Add that optional stand and it’s pretty wow. 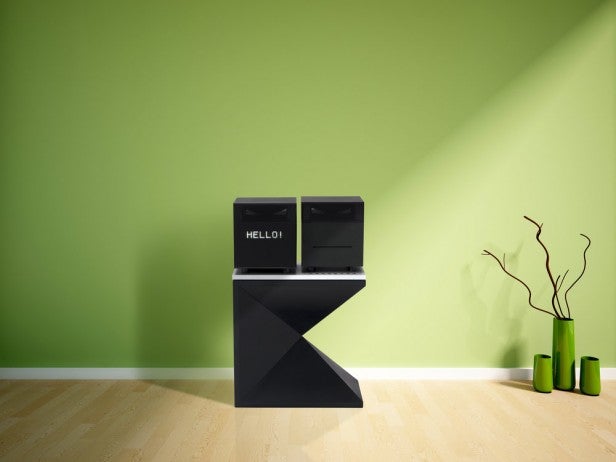 In the left-hand box is a 1.5-inch treble/mid driver facing up towards a dispersal cone surrounded by a metal grille, while below it is a 5.25-inch downward-firing subwoofer. There’s a large dot-matrix LED display on the front, which clearly shows the time while the Duet is turned off, and spells out some fairly basic info during operation.

The right-hand cube houses an identical treble/mid driver but no sub, and features a slot-loading CD player, and all the amplification and wireless gubbins. On its back are three antennae – two for Wi-Fi, one for Bluetooth – as well as a USB socket. The latter is only for maintenance updates, but I did find I could use it for charging devices. 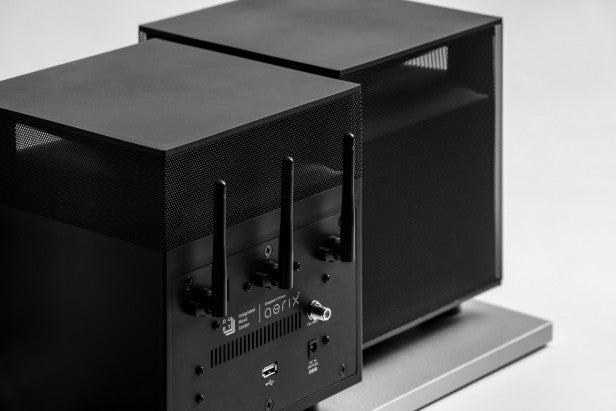 A lack of any kind of physical input isn’t the handicap it once was, but not having an optical socket means you don’t have the option of pumping your TV’s audio through the Duet, using it like a soundbar.

Similarly, if you decide to jump on the current vinyl-buying bandwagon, or have an existing record collection, you’ll need a Bluetooth-streaming turntable to hook it up to the Aerix.

The Duet’s controls are set into the plinth, in the form of eight uniform, shiny round buttons for on/off, volume up and down, source select, track forward and back, play/pause, and eject. 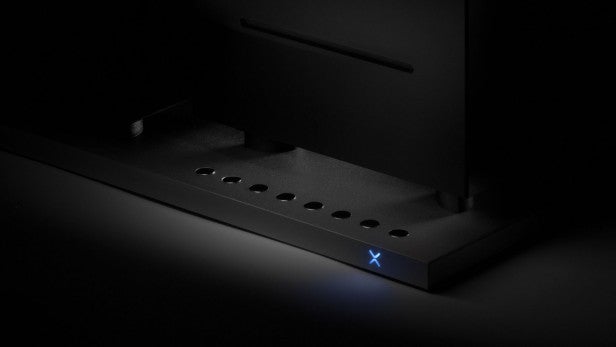 There are plenty more controls on the remote control, which is metal and feels nicely solid. Shame it has those awful blister buttons and really doesn’t look as beautifully designed as the Duet itself.

The only other visual thing of note is the gently pulsing LED-lit logo on the front edge of the plinth, which Aerix describes as a “breathing light”. Yeah, I don’t know.

The Duet has DTS Play-Fi built in, which opens up a whole world of UPnP Wi-Fi streaming possibilities from all kinds of devices.

Sadly, Aerix hasn’t yet enabled the AirPlay support, so Mac owners will have no joy. Seems strange, as I imagine that the types of people who would buy a system such as this would also buy a MacBook. But I’m told it may be added via a firmware update later; Spotify Connect was added during my time with it, so fingers crossed. 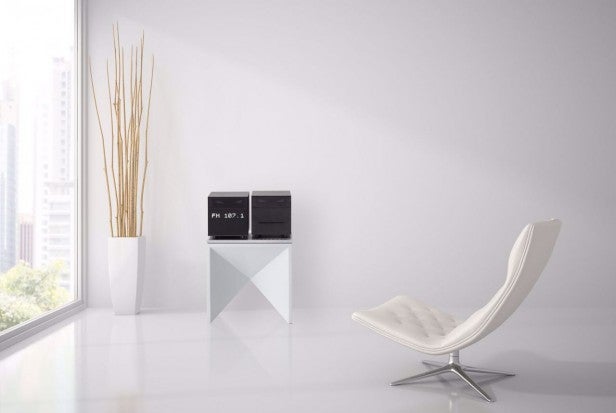 Switching on the Duet and feeding it some files over Bluetooth aptX from an Astell & Kern AK70, I was initially really quite disappointed.

Vocals needed rather a lot of volume before they opened out. Listening to Colter Wall’s “The Devil Wears a Suit and Tie”, the kick drum also could have had a lot more impact. It didn’t even sound quite as good as many high-end soundbars and soundbases. Then I discovered the DSP presets.

Changing the DSP preset from Natural to Hyper made a huge difference. The Natural preset is a little too laid back, appearing to blur the mid-range a little too much – ironically, it’s rather unnatural. The less said about the Relax mode, the better.

With the Hyper preset engaged, there’s a nice balance of dynamism and weight to the Aerix Duet’s sonics. The 360-degree audio works well, too, helping to ensure there are no real musical dead spots in the room.

Volume cranked, the Duet just about holds it together. It’s a shame there’s no control over bass levels,  since that Hyper preset becomes a little unruly as the volume goes up – you might be tempted to switch back to Natural for parties and put up with those smeared mids. 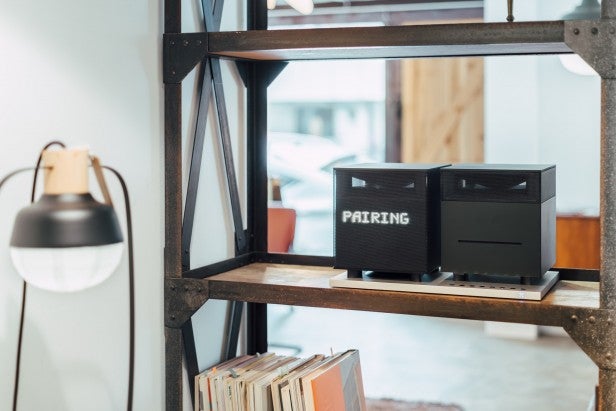 A quick word about that large LED display: it looks lovely, but it isn’t overly useful, due to the limited characters it can show. It doesn’t even scroll track names across it – when paired over Bluetooth, the Duet’s display simply reads “PAIRED” in huge letters. Not only is this unhelpful, it’s inelegant too. With CDs you at least get a track number and time played.

Should I buy the Aerix Duet?

The Aerix Duet is strikingly good-looking, particularly when paired with the optional stand, and it’s capable of filling a room with solid sonics. It’s pricey, though, and has its quirks. The lack of DAB will put off some people right from the start, as will the non-existent AirPlay support.

There really aren’t too many other options when it comes to true one-box hi-fi. The crème de la crème is the Ruark Audio R7, but that’s rather more expensive at £2,000 – albeit with legs included – plus it’s much larger and distinctly retro in style, which won’t suit everyone’s taste.

The Ruark R4 Mk3 and Tivoli Audio Music System+ are both significantly cheaper, but lack Wi-Fi streaming, and don’t cope as well with higher volumes as the Aerix.

Of course, spending £1,400 on hi-fi separates would get you sound quality that’s far superior, but you’d lose out on convenience and style – which the Aerix offers in abundance.

This one-box hi-fi system looks more like an industrial sculpture – and it sounds pretty good, too. Style doesn’t come cheap, though, and the Duet has its faults.