What is the Ruark Audio R7 Mk2?

It’s been three years since Ruark first launched the R7, its modern take on the old-school radiogram. This updated version features everything that made its predecessor an iconic all-in-one – lush retro styling, a CD player, radio, stereo speakers and every wired and wireless connection you could need, plus the ability to stand on its own four feet.

So what’s changed? Nothing visible, as all the tweaks have been made to the audio circuitry inside, aiming to make it sound as good as it looks – and how you’d expect it to, considering its price tag. In fact, Ruark isn’t even officially marketing this as a Mk2 model, but rather just the 2016 evolution of the R7. 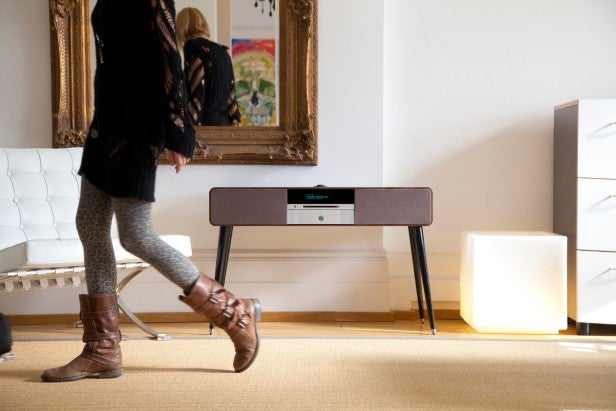 One of Ruark’s hallmarks is its impeccable build quality. The R7’s smaller siblings, the R1 Mk3, R2 Mk3 and R4 Mk3 are all near-flawless in their fit, finish and classy design – and the R7 takes all that to a new level.

The main unit itself is a big, heavy, 1m-wide beast that’s beautifully wrapped in figured walnut. It can either sit on a sideboard if you fit the supplied feet, or – and I imagine this will be most people’s preference – on the four luxuriously lacquered black legs that bring the total height to 65cm.

On the front is a CD slot, info display, 3.5mm headphone socket, on/off switch, a handful of buttons and the cloth grilles that hide the twin 5.5-inch dual-concentric drivers. There’s also a downward-firing 8-inch subwoofer mounted underneath.

The styling is unashamedly, intentionally retro. This is, after all, a homage to the radiograms once made by the father of Ruark Audio’s managing director. But the design is crammed with neat modern touches, such as the Ruark ‘fashion label’ on the subwoofer grille underneath, and the wonderful RotoDial remote. 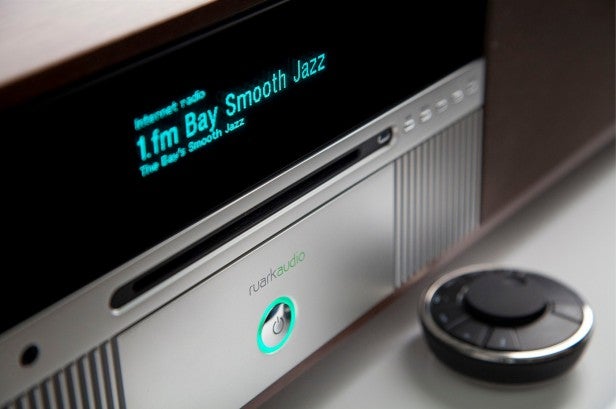 Unlike the RotoDial controls on the smaller R-series models, the one on the top of the R7 can actually be removed to become the remote control – and it uses radio frequency for communication, so it doesn’t need line of site like the usual infrared remotes. It’s one of the coolest remotes around, no question.

Around the back is an impressive array of connections – S/PDIF optical, digital coaxial, two pairs of RCA stereo phono line inputs, aerial sockets for DAB and FM, and a USB socket that can be used for charging a phone or tablet. Inside you get Bluetooth aptX and Wi-Fi with DLNA streaming, as well as DAB, DAB+, FM and internet radio. All bases covered, really. 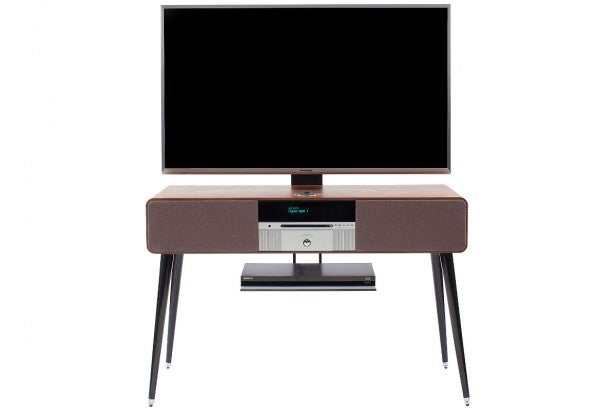 Adding a totally new dimension, though, is the optional AV mount (£249.99). It comprises a VESA mount for tellies up to 50-inch, as well as a glass shelf for a cable/satellite box or Blu-ray player, and it turns the R7 into a full-on home entertainment system. No TV stand, no separate soundbar or soundbase, just a telly mounted to the R7 and connected to one of the digital inputs. It’s a wonderfully elegant solution.

Turning the Ruark R7 on, the display gives a short progress countdown as it powers up, ready for action. The display’s very clear and the largest line of info can be seen across a decent-sized room.

You’re prompted to connect to your Wi-Fi network before you begin, which then enables any new firmware to be downloaded, and gives access to internet radio. The controls, as with the rest of Ruark’s R-series, are incredibly intuitive and setting your source, pairing with a Bluetooth device and fiddling with menu options are all a piece of cake. 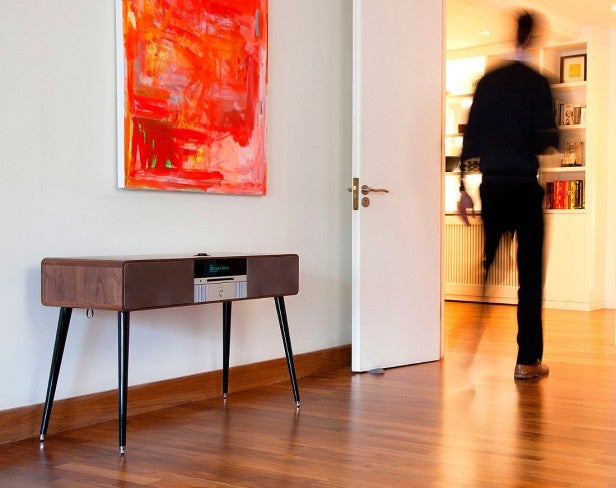 Once you actually get to pump some tunes out of this thing… Wow. It’s wonderful. The R7 is incredibly musical and detailed. Obviously you don’t get the greatest stereo imaging and it lacks a little sublety at times, but you can’t expect miracles. So much of what makes for a great hi-fi separates system has been squished into this single box, and for that Ruark should be applauded.

The R7 also fills a room with ease. It can reach undistorted volumes to which few micro hi-fi systems or soundbars can come close.

With the optional AV mount fitted and a TV hooked up via an optical cable, the R7 also makes a great soundbase. Dialogue is exceptionally clear, and the bass is never distractingly boomy. 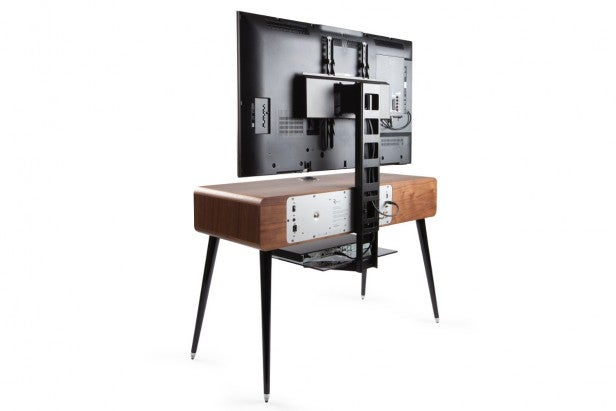 In fact, I only have a couple of very minor complaints about the R7, and both relate to its use with the AV mount. The first is that the glass shelf that forms part of the mount won’t be big enough for some people. I had to stack my Blu-ray player and Sky Q box on top of one another, which isn’t ideal. The option of a wider shelf, or even a second shelf, would make it ideal.

The other slight niggle is that I’d like to be able to rename the inputs, as setting the source as ‘Digital input 1’ isn’t quite as family-friendly as, say, ‘TV’. It’s a small thing, and hopefully one that might get added in a firmware update.

Should I buy the Ruark Audio R7 Mk2?

The Ruark R7 Mk2 is a beautiful, wonderful-sounding all-in-one solution, and the fact that you can turn it into a TV stand and pump your TV’s audio through it broadens its appeal enormously.

There really isn’t anything else quite like the R7. Within its own limitations it’s a simply outstanding performer. Sure, you can get better sound for the money by putting together a hi-fi separates system, but that’s totally missing the point.

A truly awesome all-in-one audio solution that can also be turned into a near-perfect TV stand.