How good is the Acer Predator Triton 900 performance?

The Acer Predator Triton 900 is a mighty machine, packing top-of-the-line components such as the a 9th-gen Core i9 processor and an RTX 2080 graphics card. This puts it toe to toe with other juggernaut gaming laptops like the Alienware Area 51m.

If you want even more power, Acer’s Predator Sense control panel lets you pick from three overclocking modes (Normal, Fast and Extreme) and three fan modes (Auto, Max and Custom) on the Triton 900.

I ran a number of in-game benchmarks with the different overclock modes activated; the fans were left on auto. Whenever you select an overclock mode, the fans will speed up automatically, although for optimal performance (and optimal noise-making) you can just select the “Max” option from the Fan Control tab to have those fans turning at full speed all the time.

In practice, I found that if you select the Fast and Extreme overclock options and leave the fans set to Auto, they’ll be kicked up to speeds comparable to those you’d get if cranked up manually. The maximum speeds I recorded were 5555rpm for the CPU cooling fan, and 4445rpm for the GPU fan. I’d recommend just letting the overclocking profiles do their thing.

Without further ado, here are the results achieved playing Shadow of the Tomb Raider, Ghost Recon: Wildlands, and Dirt Rally in Full HD. They also include results for the Extreme overclock option.

As you can see, there’s a marginal difference between the Predator Triton 900 and the Alienware Area-51m. The former sees a slight advantage when it comes to overclocking, however, which is likely due to the massive air vents on the deck of the laptop.

What about 4K performance? We might as well make the most out of that pixel-packed display. Unfortunately, since rival options such as the Area-51m don’t have an Ultra HD screen, we’ve been unable to use another laptop’s data to compare results.

For this reason, we’ve displayed the Triton 900’s 4K results independently in the tables below, also including figures for each overclocking mode so you can determine exactly the extra performance you can squeeze out of this gaming laptop.

How does ray tracing look on the Acer Predator Triton 900?

For those not familiar with “ray tracing”, it’s a new light-rendering technology that drastically improves the quality of in-game graphics and is currently exclusive to Nvidia’s RTX graphics cards.

Ray tracing makes Battlefield 5 literally shine on the Triton 900. High performance means that when playing the game on the highest settings with ray tracing turned on, I could play along at 60fps without noticing any frame rate drops. Thanks to the Extreme overclock mode, I could even have ray tracing turned on yet not have to resort to DLSS and still play the game at 60fps.

That said, because the display refreshes only up to 60Hz, until you connect the Triton 900 to an external monitor, you’re simply not going to play Battlefield 5 (or any other game) beyond 60fps. 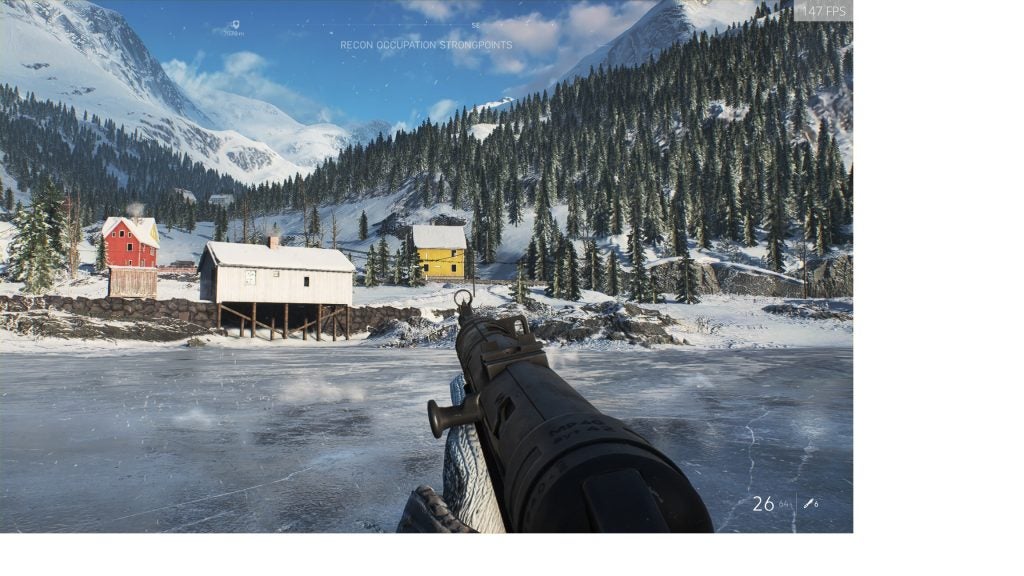 This isn’t the absolute end of the world, mind. Battlefield 5 still looked incredible, and if you’re a fan of single-player campaigns, and less bothered (or not bothered at all) by fast and frantic online multiplayer, then this might not be a deal-breaker for you. Gaming at 60fps is good… it just isn’t 120fps or 140fps good.