On first impressions, the Liquid Jade Z seems like a good all-rounder, with a great mix of top features and smart design. But there isn’t much to get excited about. With this device, Acer is offering some top performance at a price point that's accessible to people after a mid-range device, and the Jade Z looks like it could be a strong contender within this competitive market. People looking at this may also want to consider the Moto E, the HTC Desire 620 and the Sony Xperia M4 Aqua.

Now the company has created the Liquid Jade Z, a cheaper version of its flagship, in an attempt to attract more potential Acer users into the fold at an even lower price point. But if this is a cut-price version of the Jade S, what sacrifices have Acer made to bring the cost down? 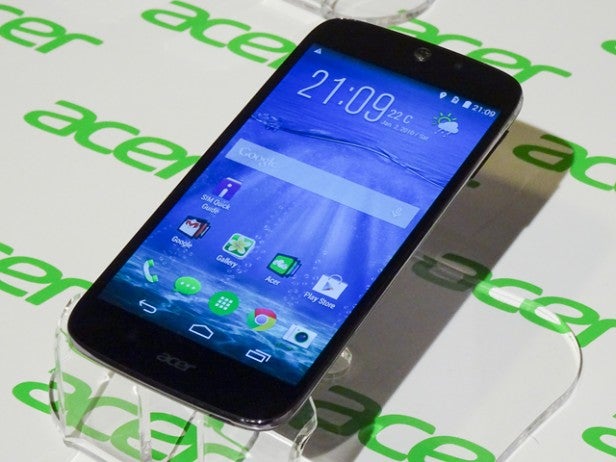 Almost identical to the flagship model at first glance, the Jade Z has a textured plastic curved rear cover and a chrome-like thin plastic bezel. It’s available in either black or white with silver accents and looks business-like. Despite a slight downgrade in material quality, it manages to avoid looking cheap.

The antenna has been built into the rear cover, so as not to hinder signal performance the textured surface is noticeably smoother than that featured on the other recent Acer releases, such as the Z520 and Z220. But I suspect some will prefer the smoother finish – I certainly do.

The other thing worth noting is the lack of heft. The Liquid Jade Z is featherweight in mobile phone terms, weighing a mere 110g. That’s almost 20g lighter than the svelte iPhone 6. Measuring 7.9mm thick and housing a 2,300mAh battery, it fits very well in the hand and slips into pockets easily. 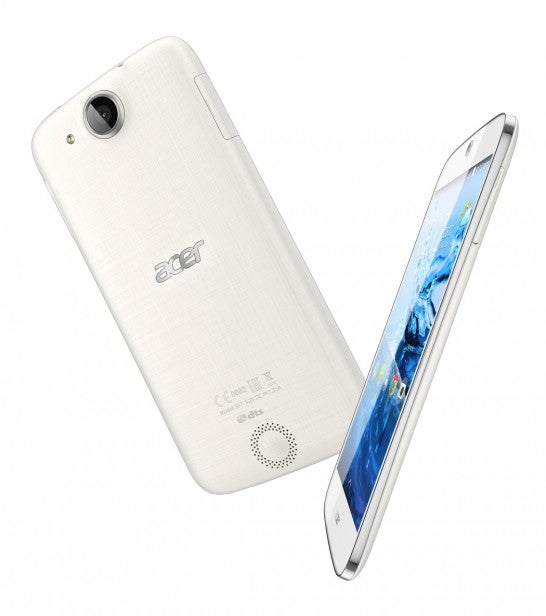 Instead of the octa-core unit featured in the Jade S, the Jade Z sports a 64-bit quad-core MediaTek processor. So we would expect a slight drop in performance speed but Acer assures us that the difference won’t be drastic. There will be two versions of the Jade Z available. The standard version has 1GB RAM and comes in 8GB and 16GB built-in storage capacities. But we’re also expecting to see a Liquid Jade Z Plus with 2GB RAM as well, but we’ve yet to get a look at that handset.

The Jade Z uses the same Mali TZ60 graphics chip as the Acer flagship, which is capable of delivering good quality visuals and stable graphics for gaming. In use, I found the interface of the Jade Z smooth and swift to navigate. I especially liked the animation effect on the default lock screen that made it look as though the core apps were underwater. It’s a nice touch. 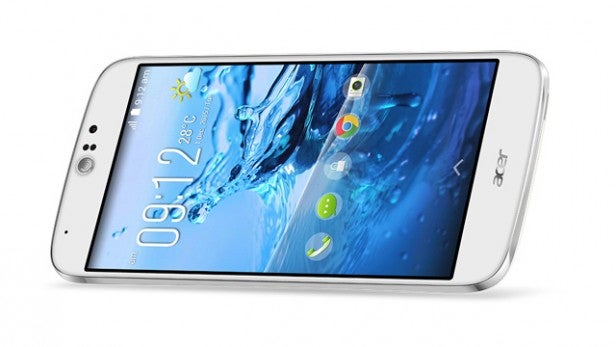 Taking pictures on the Jade Z is handled by a 13-megapixel main camera and for selfies, the phone features a 5-megapixel front-facing camera.

As well as a decent sized sensor, the main camera of the Jade Z also features a fast f/1.8 lens, which should be good for lowlight and portraits. The front-facing camera is only f/2.2, but Acer has developed special modes for taking selfies called Bright Magic Selfie and Surround Light that aim to enhance self portraits, whatever the conditions are.