The Aspire Switch 11 V offers a pleasing set of hardware specifications. It’s powered by an Intel Core
M-5Y10C processor, has 4GB of LPDDR3 memory and features a 60GB Kingston
SSD.

The Broadwell-based 5Y10C is a dual-core processor often
found in tablets and convertible products such as the Switch. Although the
integrated HD Graphics 5300 GPU will be unable to handle the likes of Star Wars:
Battlefront at the highest possible settings, for some
lightweight gaming it’ll do the job well enough.

For everyday
tasks it’s a good combination of hardware. However, the ATTO benchmark I
ran on the 60GB SSD scored 75.8MB/sec write and 502MB/sec
read on the 8,192KB test. This suggests that that installing new programs and
updates will probably take significantly longer than usual. 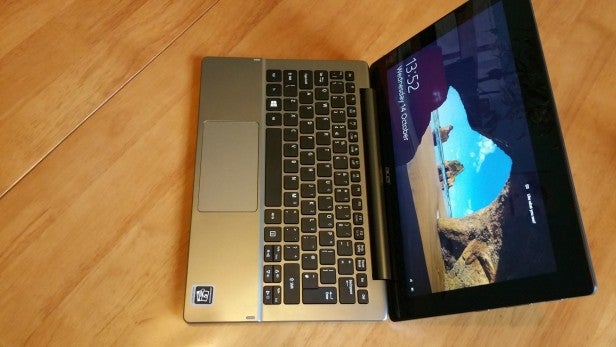 In Geekbench, the Acer scored 3,869 in the multi-core
test, and 2,047 in the single-core test. Both figures are decent for a
convertible, and not too far off some similarly priced laptops. In the
final 3DMark 11 test, the Switch’s overall score of 788is rather limited.

Providing you don’t expect it to render a Full HD
video or perform some other CPU-intensive task, you’ll get along
fine with the Switch.

Acer
claims the Switch’s 34.5Wh battery will last for up to 8 hours with
mixed use. In the time I spent with the device it fell short of Acer’s predictions – but only just. It lasted for an average of around 7 hours, which
involved some light browsing, installing/uninstalling some programs,
typing and playing around with an Atari 7800 emulator.

As you’d expect, battery life deteriorated fairly rapidly the
moment I started to watch some HD content: down to just 3.5-hours – this is enough for the average movie at least. Heavy-duty graphical
gaming had pretty much the same effect.

It’s
probably of no surprise that the front- and rear-mounted cameras on the
Aspire Switch 11 V aren’t the greatest to ever grace a device. The
iPhoneographers of the world are hardly going to jump ship over this.

However, the
rear camera is capable of 1080p Full HD recording – although I
felt the images were a little too grainy what
serious photographers would be after. Likewise, the front 720p 1.3-megapixel camera is good enough for Skype calls, for example, but little else.

The Switch’s sound quality, however, is really quite good. The two speakers boast
Dolby Home Theater support, with as near-perfect sound reproduction as
you can expect from a tablet. The only slightly negative aspect is the
lack of a meaty bass, but that’s to be expected. What the Switch does
deliver is generally more than enough for the casual viewer. 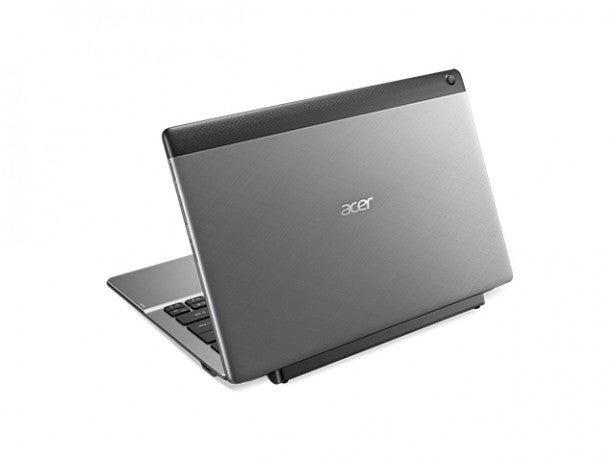 Should I buy the Acer Aspire Switch 11 V?

The
Acer Aspire Switch 11 V has decent screen, good keyboard and is tough
enough for everyday duties. Plus, you get the whole Windows 10 benefit as
well.

There are some issues, however. The weight of the device will be a problem if you want to carry the Acer Switch around with you for prolonged periods. In addition, it offers a relatively short battery life when viewing media and other
performance hitting tasks. Then we come to the Acer Switch’s overall cost.

Convertibles such as the Asus Transformer Book T100A offer superb web
browsing and document editing for less – al
though you’ll have to sacrifice the M processor for Intel’s weaker
Atom chip.

The Acer Aspire Switch 11 V is a reasonably well designed Windows 10 convertible. It has its issues, but in general the solid performance and a decent screen tip the scales in its favour.