We take a look back at the history of celebrity endorsed video games to see what worked and what didn’t.

It’s official. Kanye West is making a video game. To be fair, this is one of the less insane ideas to come from the mind of Mr West in recent years. At least it would be if the game wasn’t about his deceased mother’s journey to heaven.

Of course, Yeezus isn’t the first celeb to throw his hat in the video game ring. He may be the most insane, but certainly not the first. We’ve had decades of celebrity backed gaming from the likes of Shaquille O’Neal and Michael Jackson just to name a few.

But which ones were actually good? Can a celeb endorsed game ever really be worth playing? We aim to answer these questions as we take trip through the history of prominent individuals who’ve decided to stick their name onto computer games. 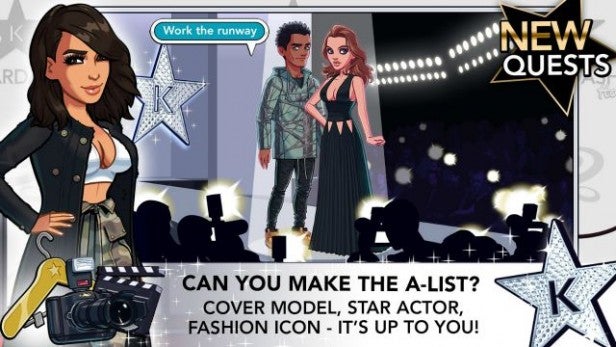 One of the finest minds of our generation, Kim Kardashian, selflessy offered her services as a video game designer in 2014, bestowing upon the public her iOS and Android title ‘Hollywood’.

The goal of the game is to increase your reputation in Tinsel Town, starting on the dreaded E-List and working towards coveted A-list fame. How do you rise through the social strata you ask? By getting fans of course. How is that done? Well… sorry we can’t continue to care any more.

What’s great about Kim K’s Hollywood is that there couldn’t be a better way to not increase your social standing than playing a game that distracts you from actually important stuff and makes a millionaire even richer.

Indeed, the game made $1.6 million in the first five days following its release, which just goes to show that the Kardashian girl is some sort of secret genius. Let’s hope the forthcoming Kendall and Kylie Jenner video game manages to uphold the kind of quality established by Kim’s foray into gaming.

Remember when 50 Cent was a thing? He was popping up everywhere for a while – from music videos to films, and eventually the somewhat ill-advised PS2 and Xbox video game ’50 Cent: Bulletproof’.

Arriving in 2005 around the height of Fiddy mania, this shooter put you where you’d always wanted to be: in the shoes of an increasingly irrelevant rapper. As you sought out the hitmen who had tried and failed to kill the mighty Mr Cent, you were joined by other well-known artists from the Aftermath roster such as Dr. Dre and Eminem. There was also someone called DJ Whoo Kid who appeared as himself, naturally.

Was it any good? No. The story pleased some critics, but on the whole this game was rightly relegated to the bargain bin fairly early on. Even the 2006 follow-up version, the ‘G-Unit edition’ couldn’t salvage the game’s reputation.

It’s a shame really, as Fiddy recently filed for bankruptcy and we can’t help but think Bulletproof was where it all went wrong for the once seemingly indestructible rap star.

We’ll admit to not actually playing this one, or even realising it existed. But after stumbling across it when researching this article, there was no way we were going to leave it out. It’s almost tempting to let the game’s title speak for itself. But the phrase ‘David Hasselfoff has released a video game’ demands more investigation. 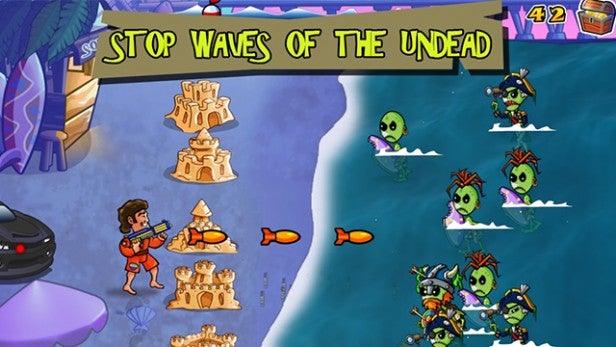 The Hoff really is one of the most intriguing of ironic phenomenons. Long after the world has tired of the whole Chuck Norris thing, Hoff remains strangely respected as a kind of cult figure. And you’ve got to hand it to him, he’s obviously aware of his ongoing appeal, as this no doubt terrible attempt at a video game proves.

So what is Hoff Zombie Beach? Well, it’s a game for iPhone that puts you in the shoes of what Hoff’s own website unashamedly refers to interchangeably as ‘the iconic Hoff himself’ and the ‘legendary David Hasselhoff’. We’re sure that The Hoff will one day be the stuff of legend, but less like the legend of King Arthur and more like a tale you use to scare children.

The rest is pretty straightforward. You have to defend beaches from various zombie onslaughts that involve the undead emerging from the sea. Where these aquatic zombies have come from, and why The Hoff has been recruited in the defence operation remains unclear, but at this point, it doesn’t really matter.

Also, according to the site, the game is inspired by Mr Hasselhoff’s ‘love of Halloween’. Hey, why not. We don’t know many who would label themselves Halloween enthusiasts but it wouldn’t be a Hoff, sorry ‘the legendary Hoff’, game without some suitably bizarre explanation.

We’re not going to lie, this one is actually awesome. What are video games for if not giving you the chance to play as basketball juggernaut Shaquille O’Neal as he takes on a series of trained fighters after stumbling into another dimension?

The whole Shaq Fu experience is amazing. Shaq wanders into a dojo on his way to a charity basketball game in Tokyo, as we all have at one time in our lives. Then he’s suddenly in another dimension, fighting warriors and trying to save a small child for some reason.

You could pick this one up in 1994 on the Mega Drive/Genesis, SNES, and later Game Gear, Game Boy, and Amiga. Genesis gamers got more characters but when it comes down to it, who needs any more than Shaq himself?

We’re sure this game would be considered offensive were it released today. As it stands, Shaq Fu managed to karate chop its way into the video game market at exactly the right time, and we salute Mr O’Neal for his efforts.

Another title we love. Troubled weirdo Michael Jackson was once known as a pop singer believe it or not. And when he released his 1988 film Moonwalker, the studio suits just had to capitalise on what was sure to be a huge hit by cranking out a video game.

What’s interesting is that there were multiple versions of this platformer/beat ’em up.

The home computer versions were more platformer focused. Available on the Amiga, Amstrad, Atari ST, Commodore 64, DOS, MSX, and Spectrum, Moonwalker came in both 8-bit and 16-bit versions. And there was a later iteration of the game which appeared on the Sega Genesis and Master System where you had to save kidnapped children being held by the enigmatic Mr Big. Oh dear, he didn’t help himself did he.

Then there was the arcade version, which featured Jacko in full-on fighting mode. Something had pissed him off and he was intent upon taking it out on a series of thugs which continued to accost him in dark alleys. It all sounds a bit seedy, doesn’t it?

Well it got worse when you’d hit the ‘Dance Magic’ move that saw the hordes of thugs start dancing along with Jacko before being destroyed. Forcing your foes into dance suicide proved a hit with the kids however, and that monkey Jackson bought was also there.

It was all a bit surreal really, but then compared with the prospect of a Kanye video game we’d take the weird kid stealing dance suicide games any day.

It seems there was a time when sports stars were often recruited to save the world from some impending doom. Things weren’t like they are now when you’ll get celebs promoting games that actually have something to do with their career. Back in the day you had Shaq fighting ancient martial artists and Michael Jordan fighting giant spiders in a quest to save his kidnapped team mates.

This SNES classic was actually pretty cool, and involved using a variety of powered-up basketballs to take out enemies and find the keys which would let you free your captive fellow players.

We’d like to bring back the good old days when sports stars would do more than play sports. Maybe Wayne Rooney could tackle the North Korea problem, or Andy Murray could finally bring peace to the middle east.

What is a Nicki Minaj and is it different from an Iggy Azaelia? Either way it doesn’t matter, as one of them is apparently going to release a video game. In the grand tradition of the Wu Tang Clan’s beat ’em up classic ‘Taste the Pain’ and the aforementioned 50 Cent endorsed ‘Bulletproof’, Minaj has decided her talents extend beyond the world of rapping and has turned her attention to the video game market.

Just what will she release? We’re yet to find out. But we’re sure it’ll be the best game we never play.