Six reasons why the HTC Vive is better than the rest

HTC surprised us all at MWC when it announced that it was taking a gigantic leap into virtual reality with the HTC Vive. The developer headset provided us with a first look at SteamVR and the VR headset technology that Valve has created with HTC.

And it’s one seriously impressive beast. Combining a high-spec headset with cutting-edge tracking technology known as Lighthouse, the HTC Vive is simply the best we’ve seen.

In order to explain a little bit more why we think it’s the top VR tech around, here are six reasons why the HTC Vive and Valve’s SteamVR are the industry leaders at the moment… 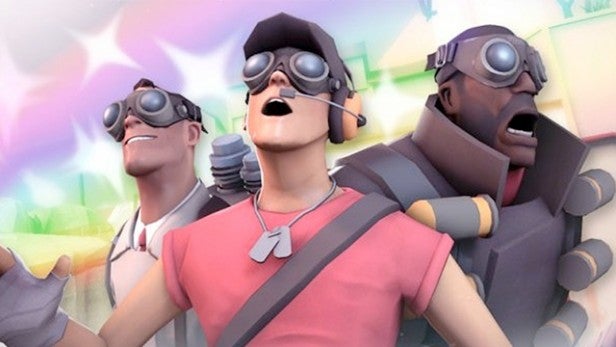 1. The headset has better raw specs than the others

The HTC Vive may not have the looks of Project Morpheus or the high profile of the Oculus Rift, but it’s the one that stands out in terms of cold, hard specs.

The latest Oculus Rift Crescent Bay features a 960 x 1080 pixels-per-eye display that’s capable of a 90Hz refresh rate. Sony’s Project Morpheus offers the same 960 x 1080p pixel-per-eye display and actually boasts a maximum 120Hz refresh rate. That’s currently the fastest in the industry, but seeing as that will only be compatible with the PS4, it makes it a little harder to compare.

The HTC Vive delivers a stunning 1200 x 1080p pixel-per-eye display, which offers a smooth 90Hz refresh rate. Those specs just blow all the competition right out of the water. 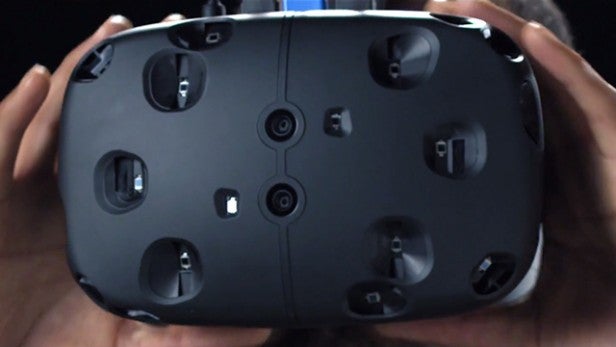 2. The Lighthouse tracking system is vastly superior to camera tech

The HTC Vive and any other SteamVR headsets that we might see in the future will use Valve’s Lighthouse technology to track the position and orientation of your head and the controllers.

What’s different about the Lighthouse technology is that it doesn’t use a camera. Both the Sony Project Morpheus and the Oculus Rift require a camera fixed on a wall in front and above you to track your position. The tracking lights on the Morpheus allow you to turn a full 360 degrees, but there’s no way of tracking the movement of the back of your head on the Oculus Rift, even on the latest Crescent Bay version.

Lighthouse tech instead uses lasers. Yes, lasers – it just got even more awesome. The developer kit comes with two Lighthouse base stations that you situate in opposite corners of the room, so the lasers can track you wherever you are.

“The tracking is perfect and it’s super-fast. It’s really reactive and that doesn’t take any camera to analyse the image. It doesn’t take CPU power, or very little CPU power, to do the tracking,” explained Sylvain Cornillon, Chief Technology Officer at Bossa Studios, who has been working with the HTC Vive.

Those base stations enable the SteamVR tracking system to capture all your movements and your body position within sub-millimetre precision super quickly, with low latency too.

“From a gameplay point of view, it means that the game knows where your head is at, where your hands and controllers are within a fraction of a millimetre. There’s no lag in the controllers whatsoever – it’s immediate. So we achieve presence, because you actually feel like you were there,” added Henrique Olifiers, Co-Founder and Gamer-in-Chief at Bossa Studios. 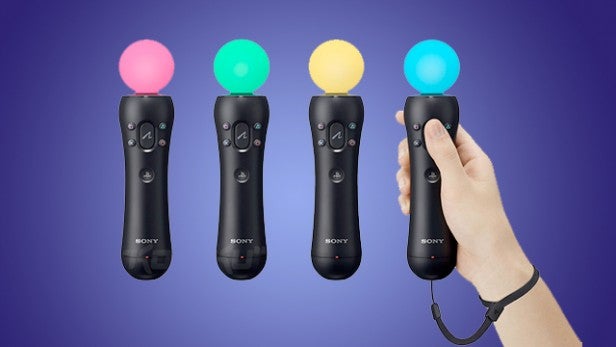 3. The controllers are like the PlayStation Move but better

Although the SteamVR Controllers are currently only roughly designed prototypes, they show what Valve thinks gamers need in order to be truly immersed in VR. The SteamVR Controllers take the form of two single-handed, wireless controllers, which feature the same trackpads as the Steam Controller, plus a trigger and a button you can squeeze.

They function in a similar way to the PlayStation Move controllers and can also be tracked with extreme precision thanks to the Lighthouse system. They map your movement 1:1 to create a perfect virtual avatar – including your arms and their rotation.

These controllers are what the PlayStation Move have the potential to be, but Valve’s expertise has got them there a lot quicker. It’ll be interesting to see just how different they look when the consumer version comes out around Christmas time. 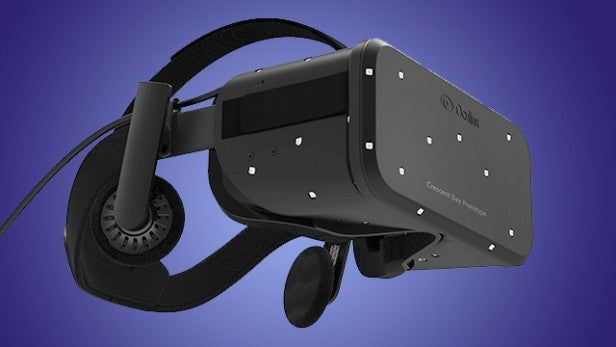 Despite the existence of services such as Ubisoft’s Origin and GOG, Steam pretty much owns PC gaming. And it’s preparing the SteamVR for all its followers by making sure developers are well cared for with the Steam API for developing VR on Steam.

It’s already started courting its loyal developers to create content for SteamVR, with Valve offering additional support and exposure for their efforts.

And seeing as Steam already has 125 million active users, developers would be pretty silly to waste such an opportunity. This is something that even Sony and it’s rapidly growing PS4 user base can’t compete with, let alone the fairly fledgling Oculus platform – obviously also compatible with PC.

Valve doesn’t charge developers for its SteamVR technology either, which may well affect the overall cost of Valve VR technology in the future.

There’s also Steam Machines and the overall Steam service to consider in the SteamVR premise. All of those connect together to build an extremely strong ecosystem that has the potential to attract consumers on its own.

And Valve’s dedication to that ecosystem takes a huge amount of pressure off developers.

“It’s the Steam API for developing for VR on Steam. It does a lot of the safety stuff, what you’d be concerned about in the real world, all that they’re playing with and their planning. For example if your game crashes and the screen freezes, everything looks really weird. So that system takes over and renders something – at least currently, I don’t know what the final plans are,” added Cornillon.

“By having that platform it covers a lot of the safety issues. And rather than putting it on the developers, it’s come down on Valve and there’s one consistent way of telling players that what they’re doing is dangerous. That’s really helpful for us, as we don’t have to be worried about those things.” 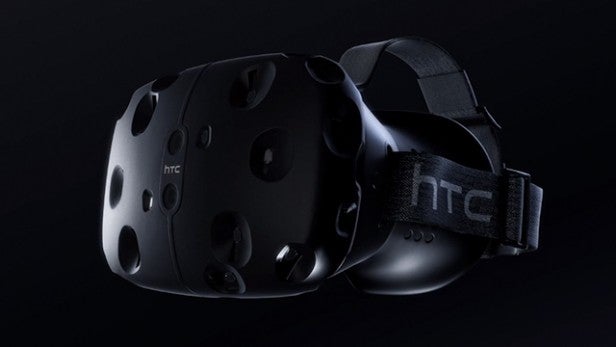 5. You can actually move around with the Vive

The HTC Vive and the SteamVR system allow movement tracking in a space of up to 15 x 15ft. That’s considerably larger than that of the Oculus Rift or Project Morpheus, which means you can actually move around with the Vive. Finally, some demos where you’re not restricted to a 2 x 2m square mat and actually get to explore items and areas using the clever SteamVR controllers.

Oculus and Morpheus demos don’t allow much movement at all. The latest GDC demonstrations involved watching Lord of the Rings’ Smaug slither around you, gold coins dripping from his scaly frame. Or standing amidst half-hatched dinosaur eggs as your mother sniffed and stared at you. All you could do was look and tilt your head and duck down out of the way of things. In fact, you could also bash dinosaur eggs with your head or examine a gun, but they didn’t really require you to explore your environment.

It’s different with the HTC Vive, as you’re not restricted to the camera’s viewpoint – the laser can track you anywhere within that 15 x 15ft space. Games developers’ can then take advantage of that space to change the way they design.

Take, for example, Fireproof Games, the Guilford-based developer studio behind The Room series on mobile. The team created a special HTC Vive demo that places a small The Room-esque safe in the centre of the room. It’s your job to get at what’s inside, but to do so, you’ll need to explore all around it and discover all its secrets.

This is something that you currently can’t do with any of the others, as they require more static positioning.

As you can move around and get truly immersed in your VR experience, the HTC Vive currently offers the most presence. That is, the feeling that you’re actually in a virtual reality experience, rather than having your body exist in a separate plane of existence to your head.

Saying that, some players may not be able to have that 15 x 15ft space in which to explore HTC Vive and SteamVR games in full. It could well be the HTC Vive has the same problems as the initial Xbox 360 Kinect, in that the customer adoption is limited by their available living room space. To be enjoyed properly, the HTC Vive needs that exploration space. In some cases, the more limited Project Morpheus or Oculus Rift may actually be better for some people. 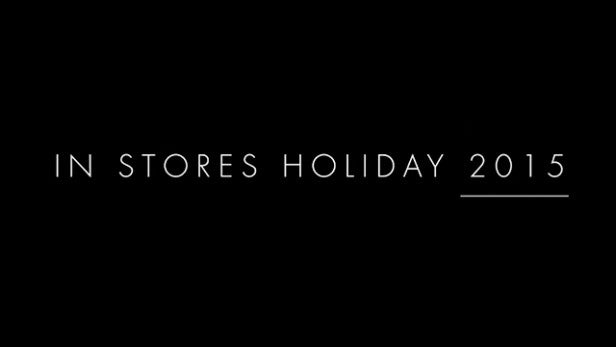 6. We actually have a release date

Finally, the HTC Vive is the only VR product that actually has a release date. Both Valve and HTC have confirmed that the Vive will arrive in the Christmas period of this year. That’s a proper release date window, not the first half of 2016 like the Project Morpheus or bobbing along without any semblance of a launch like the Oculus Rift.

The Vive headset itself is practically already a finished product. Yes, the controllers are still in the prototype stage, but the important features are already there – low-latency, lag-free pads that get your hands into the VR experience.

And having that release date is an added boon for developers. It’s very hard to get consumers and developers alike excited for a new hardware platform that doesn’t have a release date or price. Plus, SteamVR has the allure of those 125 million active users.

“We know that we can develop for it, by Christmas it’ll be about, and we know that Steam players will be there. Even if not all of them buy the headset or all of them can run the software, they’re there,” explained Olifiers of Bossa Studios. “Whereas every other proposition we had playing around with VR left all those spaces empty to fill with our imagination. We don’t know when it will launch, how much it’ll cost, what kind of players will get it.”

As it’s going first, the HTC Vive might have to pay the price of being the most expensive on the market.

But you’re investing in the ecosystem, the first consumer-available VR headset and the most advanced VR technology yet.