DeepMind: Google’s look at the future

With warnings of the impending machine takeover coming from such significant figures as Stephen Hawking, Bill Gates, and Elon Musk, AI is surely a field which you’d have to be inctedibly foolish to pursue.

However, Google-owned DeepMind is at the forefront of researching AI. And one thing they most certainly are not is foolish.

Google bought DeepMind when it was an already well-funded AI startup in January 2014, with Facebook also said to be hovering. It’s been reported that the deal was worth £300-400 million.

So what is Google DeepMind? What is it working on? And will its work really lead to machines taking over the world?

What is Google DeepMind?

Even prior to Google’s acquisition, DeepMind was known as a formidable player in the AI field, and one that was likely to excel through its own ground-breaking work and appeal to investors.

The company describes its sole purpose in very simple terms: to “solve intelligence”.

That’s easy enough to say, but it doesn’t really describe what DeepMind does. The company builds “powerful general‑purpose learning algorithms” by combining various techniques from machine learning and systems neuroscience.

The company currently employs around 140 researchers at its Kings Cross HQ in North London.

DeepMind created an AI system that taught itself how to play 49 classic Atari video games, including Breakout, often to a level that no human player would be able to match.

What’s startling is that this was achieved with only minimal human input. Supercomputers have been programmed to take on chess grand-masters in the past – and sometimes successfully at that. But this has always been done by feeding in reams of data, based on strategies from real life players, rather than the computer itself figuring out the rules, reading the board, and coming up with a working strategy.

Also impressive is the diverse nature of those 49 games, which included side-scrolling shooters, one-on-one combat games, and racing games, among others. This reflects a varied set of decision-making requirements that the AI “agent” had to adapt to.

This was, quite recognisably, AI in a small but true form.

But it isn’t just computer games that DeepMind has mastered. In October 2015, researchers at DeepMind pitted the AI against Europe’s reigning Go champion, Fan Hui. The ancient board game involves moving black and white stones around on a board to claim territory, and has been said to be exponentially more complex than Chess.

Google’s AI managed to beat Hui in five games. The breakthrough moment was the result of the DeepMind team teachng the AI technology around 30 million Go moves from players around the world. Researchers then pitted the system against itself to develop new moves which could be used against a Go grandmaster.

The win against Hui was the first time a program had ever beaten a professional player. Google’s AI victory was announced just hours after Facebook CEO Mark Zuckerberg declared his company was ‘getting close’ to beating the best human Go players.

As a Wired article from February highlighted, Hassabis believes that the mechanics of biological learning hold the key to furthering AI research. “We learn through things like memory replay through the hippocampus, so there are crossovers between neuroscience and this,” he said.

The practical application of this work, as Hassabis put it, would be to “build general-purpose smart machines”, though he concedes that this was still many decades away from being fulfilled.

DeepMind would like to apply its technology to such practical, world-spanning issues as climate science and disease modelling. Presumably, we’re likely to see it applied to Google’s own products first, including its search and translation tools.

It would also be handy to have a flawless, adaptable decision-making machine at the heart of one of Google’s driverless cars.

For now, Hassabis and his team intend to scale up their efforts to tackle the vastly more complex games of the 1990s.

In a statement on its website, the DeepMind team said: ” the National Health Service is hugely important to our team. The NHS helped bring many of us into the world, and has looked after our loved ones when they’ve most needed help. We want to see the NHS thrive.

“We at DeepMind Health aim to support clinicians by providing the technical expertise needed to build and scale technologies that help them provide the best possible care to their patients.”

One way in which the project has already had an impact is through a mobile app called Streams. The app was designed by the DeepMind Health team and presents timely information that helps nurses and doctors detect cases of acute kidney injury more easily. As many as 20 per cent of emergency hospital admissions are due to the condition. 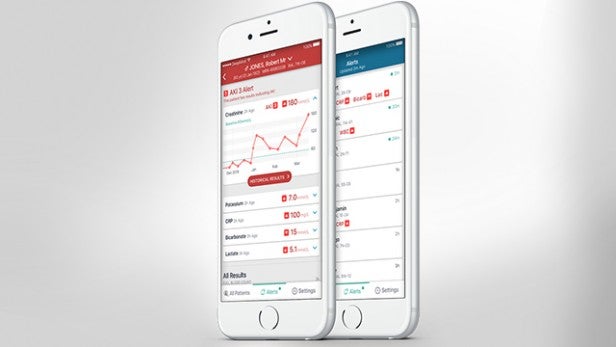 Streams also integrates work carried out by Professor Ara Darzi and Dr Dominic King from Imperial College London. Their app, Hark, is an early stage clinical task management system which has been added to Streams to “revolutionise task management in hospitals”.

In the future, DeepMind says it will produce more tools to support nurses and doctors, and work on new technologies that improve existing systems and encourage innovation from clinicians and technologists.

On machines taking over the world

So what about those well-publicised fears of three of the world’s brightest minds, predicting a Terminator-like takeover by malevolent AI?

“The way we think about AI is that it’s going to be a hugely powerful tool that we control and that we direct, whose capabilities we limit, just as you do with any other tool that we have in the world around us, whether they’re washing machines or tractors. We’re building them to empower humanity and not to destroy us.”

If that doesn’t settle your nerves, consider that DeepMind insisted upon a number of safeguard conditions when agreeing to Google’s acquisition. One was to set up an ethics and safety board to oversee its work.

Another requirement was that none of DeepMind’s AI work could be used for military or intelligence-gathering purposes.

Google isn’t the only tech company interested in AI, of course. In fact, pretty much all of the major internet players have invested heavily in it and continue to poach talent from AI labs.

Facebook, which as discussed was interested in DeepMind before Google, has its own AI Group headed by “deep learning” professor Yann LeCun.

Last year, meanwhile, it was revealed that Elon Musk and Mark Zuckerberg had clubbed together to invest $40 million in Vicarious, a company that is “developing machine-learning software based on the computational principles of the human brain”.

Much further down the scale of ambition, but more immediately practical, a number of tech companies (including Google) have invested in the field of computer vision. This involves producing algorithms that enable computers to recognise the content in photos and images.

The most well-known example of this is Google’s recently relaunched Photos service, but this is neither new nor exclusive. For example, in 2012, cloud-storage leader Dropbox acquired computer vision company Anchovi Labs, while Yahoo’s IQ Engines and LookFlow have done similar things for Flickr.

But DeepMind’s particular photo recognition system gained notoriety in 2015 when engineers at Google’s research labs performed an experiment. Essentially, they asked the neural network to identify patterns in images and then exaggerate them. If DeepMind recognised what looked like a face, for example, it would make it look even more like a face. 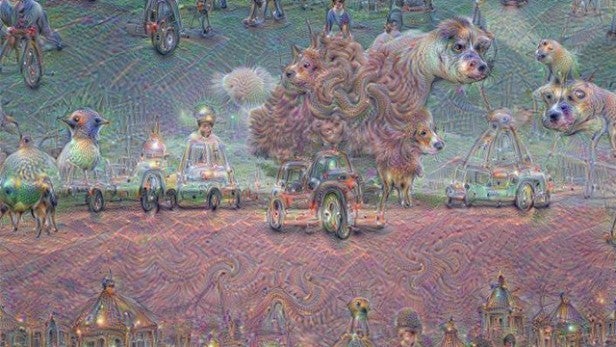 Because the system was trained mostly by feeding images of animals into its database, the resulting images looked like surrealist art featuring animal faces and psychadelic patterns.

The images were so striking that many of them were sold off at an auction held in San Francisco where some of the artwork went for as much as $8,000.

However it’s used, whether for solving humanity’s biggest problems, or creating surrealist art, it seems inevitable that AI and machine-learning are going to play a massive role in our everyday lives  – or at least our kids’ lives.