Looking back over a lifetime of Mario

This week marks the 30th anniversary of Super Mario Bros., arguably one of the most influential video games of all time.

Created by Shigeru Miyamoto and Takashi Tezuka – both of whom are still at Nintendo and hold senior roles within the company – this 8-bit platformer laid down the foundations for a genre explosion, the reverberations of which are still being felt today.

One of the most recognisable characters in popular culture, Mario shows no signs of losing his popularity and now is the perfect time to look back at how Nintendo’s mascot has evolved and developed over the past three decades. 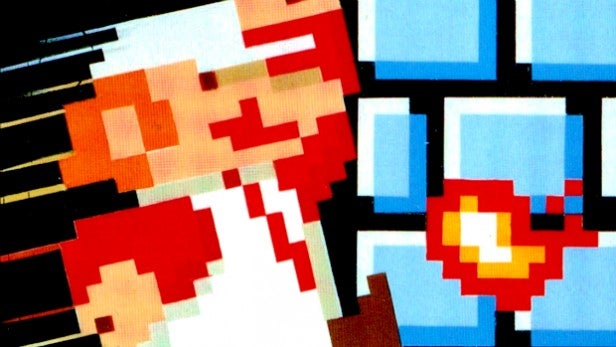 While Super Mario is turning 30, bog-standard Mario can actually chart back his history even further. He was the hero of 1981’s Donkey Kong, Nintendo’s breakthrough arcade release and the title which set the company on the road to global stardom after years of failed attempts.

The game was originally designed around the character Popeye, but when that deal fell through Miyamoto was forced to come up with a new cast to replace the famous sailor, the object of his affection Olive Oyl and his bitter enemy Bluto.

‘Jumpman’ was the original name of the hero, but this would later be changed to Mario – allegedly named in honour of Nintendo of America’s landlord at the time, Mario Segale.

“My first experience with Mario was on the Atari VCS version of Donkey Kong,” explains Playtonic studio director Gavin Price.

A former developer at legendary UK studio Rare – which was once a second-party Nintendo studio – Price and his team are now hard at work on Yooka-Laylee, a 3D platformer which, like practically every other example of the genre you could mention, owes a debt to Mario.

“My first proper Mario experience was Super Mario Bros. on the NES and what stood out was how different the game would be played by people of different skill levels despite its basic mechanics. That’s always impacted me as a gamer and creator; playing or making something which is both approachable but has depth and mastery too.” 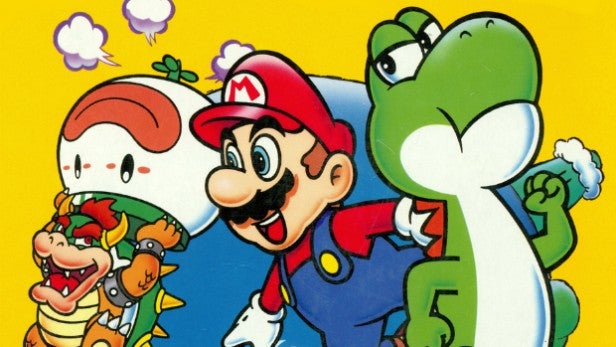 Chris Sorrell is another esteemed British developer who fell under the Mario spell around the same time. He’s the creator of the James Pond series, one of the 16-bit era’s most iconic platform franchises and another series that was heavily influenced by Nintendo’s mascot. Sorrell also counts Donkey Kong as his first exposure to the character who has since sold over 210 million units across all of the titles he has starred in.

“I guess technically the first time I controlled Mario was in Donkey Kong – a borrowed cartridge for my 8-bit Atari when I was maybe twelve,” he says. “That was clearly a classic, but I certainly had no clue as to the superstar that Mario would become!”

Super Mario Bros. was followed in the west by a sequel, which was actually a re-skinned edition of a Japanese game known as Doki Doki Panic. And then a third 8-bit game that became one of the biggest video game launches of all time.

When the Super Nintendo arrived at the dawn of the ’90s, , and a rivalry began which would dominate the gaming landscape for years. However, few would argue that Sonic’s outings were as playable as Mario’s, even if they did look slightly more attractive.

“I missed out on all the NES Marios – Nintendo wasn’t big in the UK back then – so my first ‘proper’ Mario game was Super Mario World on the SNES,” recounts Sorrell. “I was working on the Amiga at the time and the potential of the SNES was exciting to me as both a gamer and a developer. I got myself an import Super Famicom as soon as I could, accompanied by Super Mario World.

“To say that the game blew me away would be an understatement! So playable! So much depth! So many amazing mechanics! I was well into development of James Pond 2: Codename Robocod at the time and it while it came too late to strongly influence the design, it pushed me to raise my game as far as I could within the time remaining. After that you only have to see the world map of James Pond 3 to see how much I’d fallen under Mario’s spell!” 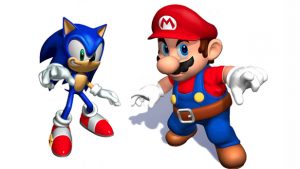 Super Mario World is widely regarded as one of the best games ever made, and Price lists it as his personal favourite of the entire series.

“It was the marrying of the already loved gameplay with exploring a world full of surprise, mystery and secrets,” he explains. “It was no longer a linear A to B experience, but felt like an adventure where you could end up taking a vastly different route through the game compared to your friends.

“I always look back to it and respect how they built and expanded the experience without breaking the core gameplay or ruining what was already loved by the fans. That achievement is definitely influencing me now more than ever working on Yooka-Laylee!”

As groundbreaking as Super Mario World was, it still forced Mario to move in two dimensions. It would be Super Mario 64 that took the character -– and the entire industry – into a new realm of control, interaction and gameplay. And Sorrell considers this title to be his favourite entry.

“Much as I loved Super Mario World, Mario 64 was the one for me,” he says. “I just adored that game for so many reasons. Above all

“On top of that I loved the open game structure with its little themed islands, the many layers of challenge and reward, the joyful animations, the sheer sense of fun. This was a game that for me, didn’t just exceed what everyone else was doing, it totally eclipsed the output of most other developers for years to come.” 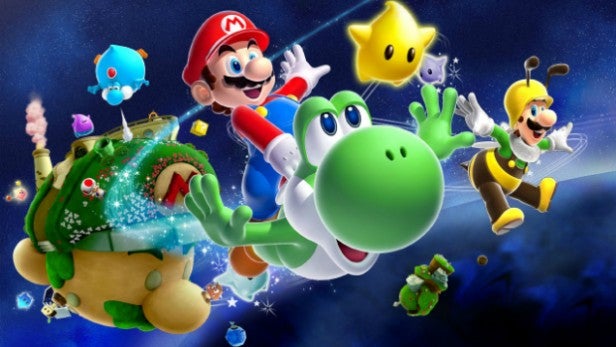 Mario is unique in that he is one of the few platforming icons of the era who managed to make the leap to 3D without losing that vital spark of playability.

“Even before adding a third dimension Mario has always been a joy to control so anyone can play and have fun even on a basic level,” Price comments. “He didn’t just survive the transition but thrived from it and I think that’s down to his creators sticking to their core principles that mean anyone can have fun playing a Mario game through control alone.

“And everything that was there and loved in his 2D games were recreated in 3D and achieved a difficult mix of familiar-but-new that just feels so good to gamers. That formula just works and is so damn fun!”

Sorrell agrees, and claims that this successful transition is more down to the talent of Nintendo’s developers rather than Mario’s character.

“,” he says. “Nintendo as a brand has been defined by both the sheer unequaled talent of their developers – obviously Shigeru Miyamoto but also his various teams – and the fact that they appear unique in the degree of trust and respect that they place in those teams.”

“Time and again they’ve matched hardware innovation with software innovation and even delayed major hardware until flagship releases are not only complete, but ‘Nintendo polished’. I think that’s why Mario games have such a devoted following.” 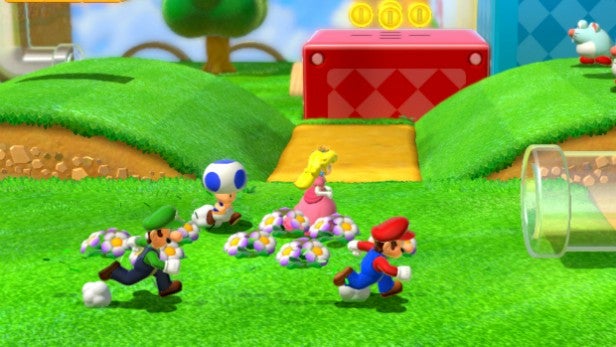 Once established in the realm of 3D Mario didn’t look back, and has since starred in a wide range of similar games including Super Mario Sunshine, Super Mario Galaxy and Super Mario 3D World. While the visuals have naturally improved with each instalment, Mario has effortlessly retained his cartoon-like appearance – an aesthetic which is arguably at odds with the current trend of super-realistic graphics that try to replicate the real world with startling accuracy.

Given that so many mascots have fallen by the wideside in recent years and the tastes of players have clearly changed, exactly how has Mario been able to keep gamers of all ages interested when the likes of Call of Duty and Grand Theft Auto offer more visually convincing worlds?

“They look as fun as they play and not all games align so well,” replies Price, whose work on Yooka-Laylee means mastering a similar graphical style to that of Mario’s recent 3D adventures.

“ and have created their own design language and style built with the mechanics of the gameplay in mind. I think it’s that a response to gameplay-first approach that captures players hearts and makes Mario visually interesting.  Because it’s a fantasy setting Mario games play by their own rules that are fun to learn, but with realistic visuals the learning has been removed and usually they don’t physically react to the gameplay how their realistic style suggests.”

Sorrell thinks it’s the purity of the concept that makes Mario so appealing to all generations.

“The fact that Mario games still so unashamedly put game mechanics and quirky charm ahead of overblown narrative and empty spectacle put them apart from typical modern blockbusters,” he explains. “They’re like quintessential video games: a distillation of everything that made early video gaming so much fun. I don’t think Mario’s ever tried to be ‘cool’, or that he ever could be; he’s just Mario, and somehow that elevates him above the crowd in a way that no one has been able to match.” 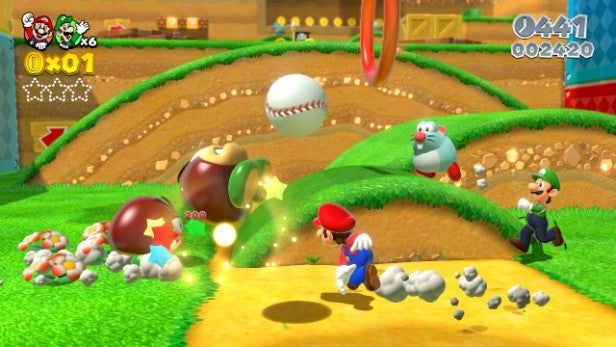 Mario has been at the forefront of gaming for 30 years now, and has managed to endure while so many others have faded into obscurity. Sonic remains a popular draw but arguably hasn’t starred in a decent game in years, and the past few decades are littered with Mario-wannabes like Crash Bandicoot, Bubsy the Bobcat, Gex and Croc. Only Rare’s N64 output got anywhere near achieving the same critical and commercial success, and it’s somewhat telling that at the time the UK studio had Nintendo looking over its shoulder and offering advice.

But the big question remains: can Mario still remain relevant in another 30 years, when the gaming landscape could be totally different from what it is today, with immersive tech like Virtual Reality taking center stage?

Price has little doubt on the matter.

“He’ll still be in our hearts and weaving his magic in front of our eyes,” he asserts. “No matter what technology emerges, apply the Mario formula to it and you’ll have one of the most fun experiences both familiar but fresh that your money can buy.”

“Mario is undoubtedly in the same league as Mickey Mouse. He’s an icon that will always be front and centre of Nintendo. Unless they seriously lose their way, I’m sure he’ll remain a figurehead for the innovation and excellence that defines Nintendo as a brand. Of course we’ll still be playing his games 30 years from now on our Nintendo Holo Cubes!”