I say I say I say, what’s the difference between a telecoms company and an ISP…? Nothing!

Technology jokes may not be the best, but in five to ten years everyone
will understand this punchline. How we use our mobile phones is rapidly
changing and in order to keep up mobile networks are being forced to spend
billions shooting themselves in the foot.

WhatAppening
The latest evidence for this comes from research company Informa, which revealed this week that use of instant messaging apps has overtaken SMS
for the first time. According to its data nearly 19 billion messages
were sent per day on chat apps in 2012, compared with 17.6bn SMS.

So SMS is losing, but at over
20 years old it should be losing. What’s more interesting is the bigger
picture. People don’t prefer apps over SMS, they prefer data over
everything else. 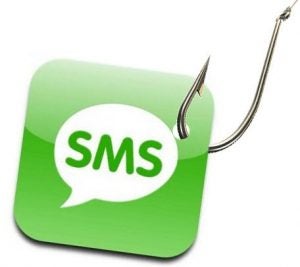 Megabytes not mega minutes
Data
is the revolution mobile networks are forced to inflict upon themselves. Their
heyday was the 2G era when the number of cross network minutes and SMS
was the defining element of your contract. What they didn’t see was the
danger in 3G.

In spending an astonishing £22bn on 3G licenses in
2000 UK telcos, like telcos around the world, thought they were opening
themselves up to a lucrative new world of restricted content portals,
MMS messaging and video calls. In reality 3G bred the smartphone, which
opened up the web and bred the “app store”.

Mobile networks tried to fight
back. Network-specific app stores were pre-installed on handsets to try
and grab a slice of their revenue and Orange and O2 famously vetoed the Nokia N97
because it dared to integrate Skype into the main dialler. Even now
truly unlimited data contracts are resisted by most networks for fear
the higher quality, geography-free nature of VoIP will take off like
messaging apps. Whatever their self serving attempts, it seems inevitable.

Pandora’s Box is open and it cannot be closed. Understanding their fate, mobile networks bid just £2.34bn for 4G licences
this year knowing it will slash their last major revenue stream and
premiums for 4G contracts will evaporate as competition increases. They
fight to chop off their own heads.

Take up and roaming
All
of which has led to something of a celebration. Mobile networks are about as
popular as estate agents, and even Neelie Kroes, vice president of the European Commission, couldn’t resist a dig on hearing Informa’s research: “The cash cow is dying. Time for telcos to wake up & smell the data coffee.”

The
trouble is mobile networks know they are dying, just as we all know we are
theoretically dying with each breath. Change will take time. Globally
smartphones have only just overtaken feature phones. Research firm IDC confirmed the figures
on Monday saying smartphone shipments made up 51.6 per cent of the
phone market. That means there are still a lot of non-smart handsets
unable to capitalise on data’s benefits, the majority of which are
bought in the world’s poorest countries. 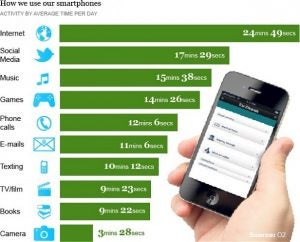 Furthermore
travel remains a huge barrier. In Europe, Crowes’s own initiatives have
seen data roaming rate caps introduced that cut previously unregulated
rates to 90 euro cents (81p) per megabyte in July 2012. Further cuts to
70 euro cents (63p) and 50 euro cents (45p) will come in July 2013 and
2014 respectively. This is useful, but it hardly makes VoIP appealing
and it doesn’t allow most people to leave their data hungry smartphones
continually roaming, so messaging apps become impractical.

Travel
outside Europe and there is no roaming regulation at all and no sign
any is likely unless governments can band together – hardly likely to happen. As such
unlocked phones and local sims seem the only solution for the data lover
far from home.

Diversify or die
Still, while roaming
remains lucrative, it is clear the core business of mobile networks is gradually
being ripped apart. 11 months ago O2 reported phone calls were just the
fifth most popular smartphone activity and the launch of 4G (which isn’t
used for phone calls) will shrink that further. So networks must adapt.

With 4G providing potential speeds of up to 300Mbit, the
obvious market for telcos to attack is fixed line broadband. Hardcore
users will most likely stick to their fibre connections,
but for many the convenience of no fixed cable or home phone line will
have strong appeal. Networks will be able to charge premiums, though
probably not for long.

The irony in all this is telcos have
never been more important. Their mobile networks are instrumental to the
progression of smartphones, tablets, laptops and Cloud computing. The
trouble is what fuels them is a commodity and in the data revolution
telco’s lose.