There’s a lot riding on the success of the StarVR headset. It’s what IMAX hopes is part of the future of cinema, with the cinematic giant planning to open IMAX VR stations in cinemas across the world later this year.

But what exactly is it and is it any good? Now I’ve tried it, I can answer both questions.

What is IMAX VR?

IMAX VR and StarVR aren’t going to replace your classic IMAX screen experience, but instead offer up supplementary content for new movies. Essentially, StarVR will be a way of serving up extended trailers and creative 360-degree 3D videos – perhaps not the blockbuster movies themselves. Not yet, anyway.

In technical terms, the StarVR headset looks to be some way ahead of the likes of the HTC Vive and Oculus Rift. There are two 2,560 x 1,440-pixel panels inside the arrow-shaped headset, compared to the 1,200 x 1,080 pairs in the Vive and Rift.

Related: All the latest news from IFA 2016 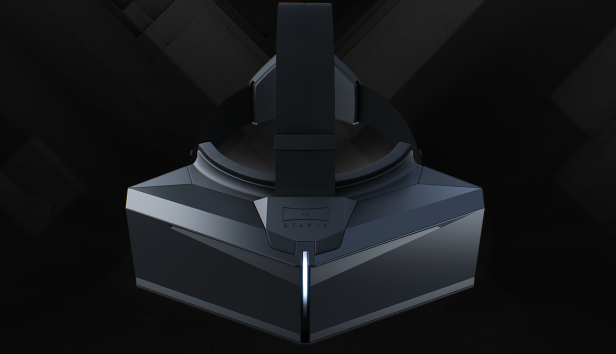 The StarVR supports room-based tracking similar to the HTC Vive, although quite how practical this will be from a movie-making standpoint remains to be seen. I suspect the IMAX VR experience will be a static one.

The so-called 5K resolution means that you can see a much greater portion of the horizontal elements of a given scene. I expected this to feel slightly odd, like looking through a letterbox, but it was actually quite successful during my demonstration of the IMAX VR movie Cockatoo Spritz.

The movie itself is a trifle odd (watch a little at the above link), and I only had a couple of minutes to try it out. I found the extra width of the screen to be useful, although I honestly never found the 110 degrees of the HTC Vive to be particularly restrictive because, for the most part, our brains fill in the periphery of our vision with what it thinks is there anyway.

I’m sure in the long run it will add to the immersion, but in such a short demo it’s impossible to draw conclusions on the StarVR’s widescreen capabilities.

I can, however, draw conclusions on the panels themselves, and it’s not great news. The resolution bump isn’t big enough to cure VR’s biggest problem: visible pixels. My experience also wasn’t helped by the fact that I was unable to wear my glasses, a problem that’ll have to be fixed before the StarVR units go into general use.

There was also a fairly noticeable divide between the left and right screens. I’m not sure if this is to do with the way the lenses have been configured, or whether it’s the fairly small angle between the two lenses. This wasn’t a big problem, but I found it more noticeable than with the HTC Vive.

Starbreeze, the company behind the headsets, is supplying this version of the StarVR to IMAX in the short term, but says there will be an updated version next year, which is when mass production will ramp up.

StarVR now has Acer on board for R&D and production support, so hopefully the partnership with a highly experienced manufacturer will help smooth out the bumps.

Is this the future of cinema?

You won’t be seeing many StarVR headsets or IMAX VR stations for a good few years, but it’s great to see IMAX making a push towards this technology. I think the average punter who’s never used VR before will be deeply impressed. But, in reality, it’s not the hardware that’s going to make or break VR; it’s the content.

If IMAX can sign up some blockbuster directors to create some unique and fun VR content, the sky’s the limit.