Since their release in 2009, the Sennheiser HD 800 headphones have been regarded as some of the best in the world. At a grand, you’d expect nothing less. We were so impressed that we gave them our Editor’s Choice award last year.

However, there was a massive price gulf between the £1000 HD 800 and the £300-odd HD 650 until the brand new Sennheiser HD 700 headphones turned up. They cost around £599, falling right between the two veteran models.

Sound Quality
Sennheiser says the HD 700 cans are meant to sit between the two in sound quality too. We got to go ears-on with these new headphones back at CES 2012 in January, but we’ve since spent more time with these headphones and the HD 800, back-to-back.

While they share some of the same sonic DNA, their sound signatures are actually markedly different. And – we’d bet – a significant number of people will prefer the cheaper HD 700. 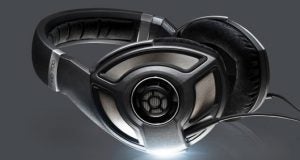 Their sound is thicker and warmer, making it easier-going than the analytical, challenging personality of the Sennheiser HD 800. Living with the Sennheiser HD 800 is like shacking up with a genius who you can’t always understand, and will criticise you for your life choices. The HD 700 set is a much less challenging partner. Less rewarding perhaps, but easier to get along with when you simply want to relax.

The new headphones also push the stereo image much less aggressively than the top-end HD 800. The sound stage is significantly less wide and presentation is less “airy” as a result of both this and the thicker, warmer sound. They have less grandeur and less of a sense of epic scope than the 800s, but again it’s easier on tired ears. For those not used to headphones with a very wide sound dispersal, the HD 800 headphones can seem almost artificially huge. 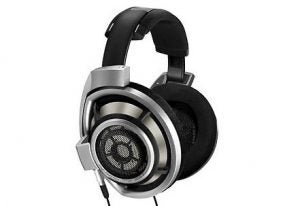 To our ears, though, there’s still a clear winner here, and it’s not the HD 700. The £1000 pair has significantly greater top-end insight, with much more sumptuous and insightful rendering of subtle detail that produces the three-dimensional character heard in the very best headphones.

Also, while the HD 700 headphones are the least bright-sounding of the two pairs, they were less adept at dealing with challenging material prone to harshness. To call them harsh or sibilant would be a great overstatement, but we noticed the occasional hint of sharpness that’s quite unusual in the often laid-back Sennheiser HD range.

Design
Both the Sennheiser HD 700 and HD 800 use an open-back design, which is generally the only type to consider if you want top-quality headphones and have a quiet environment to listen to them in. Many of the core design elements are similar too. The cable is detachable and the outer part of the cup is covered by a thin steel mesh 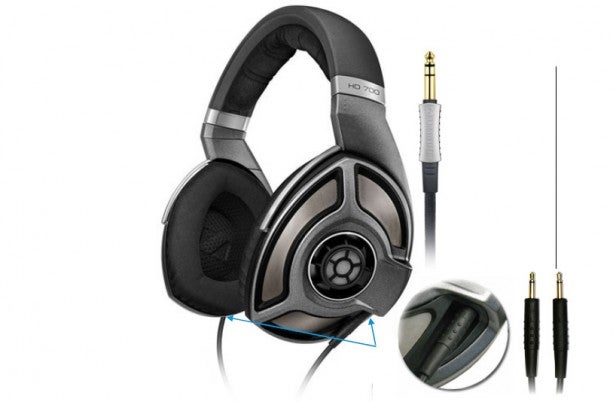 The drivers inside are significantly smaller than the HD 800’s units, though. They use 40mm drivers in place of the 56mm drivers of the more expensive pair.

Similarly, their statue is also much smaller. Where the Sennheiser HD 800 are huge, spreading their mesh pads over a large area of your head, the HD 700 are more conventional, gripping more neatly around your ear lobes. The pads are finished in velour rather than mesh fabric, which again should be a little easier on the ears. However, the HD 800 still won out on overall feel if you don’t mind their grand size, thanks to the larger surface area and the slightly more solid feel to the frame. 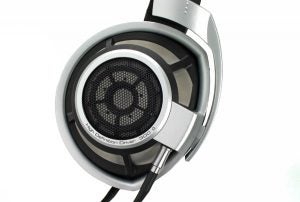 Verdict
If you want the most critical, analytical headphone listening experience money can supply, the Sennheiser HD 700 are not a like-for-like alternative to the classic Sennheiser HD 800. These slightly more affordable headpones have a narrower sound stage, a less challenging sonic personality and less impressive rendering of detail at the top end. But they’re also much easier-going, with a warmer, thicker sound. They are also meant to be significantly easier to drive. We’ll be back with more in our full review.