The Raspberry Pi is a low-cost computer that fits in the palm of your hand. But it’s capable of some great things, given the application of a liberal dose of time, intelligence and effort. These are the hacks we’ll clap the loudest for.

Android on Raspberry Pi?
We’ve used all kinds of Android devices. Tablets, more phones than we can count, netbooks and even home phones. But will it be able to be mapped onto a Raspberry Pi?

The flexibility of the open Android OS makes it perfectly possible. But not exactly easy.

The difficulty is that the Raspberry Pi only has 256MB of RAM, which is pretty paltry. However, we’re sure it can be done. Just look at the first commercially-released Android phone, the T-Mobile G1 from 2008. It only had 192MB of RAM. 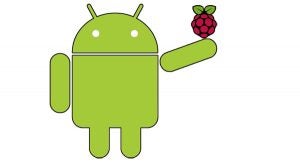 Of course, Android was very different back then, way before even version 1.6 was out. Android 4.0 Ice Cream Sandwich is much more demanding.

However, look a bit further into what ultra-budget tablet-makers are doing and the possibilities will appear a lot more rosy. The Storage Options Scroll 7in tablet uses just 256MB of RAM, as do some of the COBY Kyros models.

It may not run like a dream, but we bet this’ll happen before too long. And, with the custom Android ROM scene as vibrant as it is, optimisations should be able to make it very usable.

The official Raspberry Pi line – “If someone in the community can port a version of Android to work with 256MB of RAM, then it’ll run on the Raspberry Pi.”

It may not run like a dream, but Android will get there in the end

XBMC on Raspberry Pi
From the first moment we heard about the $25 Raspberry Pi computer, there were four letters trembling on our lips – X B M C. And it’s going to happen, folks.

XBMC stands for Xbox Media Centre, and is a custom media interface designed for the original Microsoft Xbox games console. But since its birth in 2003, is has spread much, much further than that, becoming one of the most popular open souce media interfaces in the world. 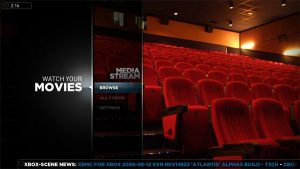 Team XBMC has already shown the software working on the tiny Raspberry Pi computer too. There’s a video of it already on YouTube –

In this early version, there’s a little bit of screen flicker, but it seems to be working at near-full speed, with 1080p playback.

What do we need now? Well, we ideally want to see a bootable version of XBMC for Raspberry Pi, removing the need to boot into a Linux UI before running the media centre. Once Team XBMC, or another coding group, nails this, you’re looking at an near-unbeatable TV-top media player, in the value stakes.