The Raspberry Pi computer is an ambitious project, both for its makers and the brave techies who’ll buy one. It’s intended to supply students and teachers with a low-cost learning tool – the “A” edition costs just $25. The low price and that its existence is an all-too-tempting invitation to tinkerers means it’ll get used in many other ways too.

A single-board computer that packs-in everything a system needs – CPU, GPU, RAM, connectivity and storage in the form of a bootable SD card slot – the potential uses for the Raspberry Pi are almost limitless. Even the most basic will require a fair bit of effort and time, but – boy – would we like to see some of the following in action…

NOTE: many of these ideas demand the $35 “B” spec Raspberry Pi, which has a LAN socket

Coding classroom
The GNU/Linux OS the Raspberry Pi computer is designed to work with is all about “Free” software. But before you get to excited about getting stuff without paying, it’s free in a sense that’s not about money. Free software is designed to let users study and change it, but can sell for cold hard cash.

This philosophy – that all the cogs are on show rather than hidden behind an impenetrable UI armour is what makes the Raspberry Pi so useful as an educational tool. It won’t make learning to code blissfully easy, but is a low-cost platform for young people (and old folk like us) who might have learned little more than the Microsoft Office basics at school.

Set top media player
With a 700MHz ARM processor, the Raspberry Pi is not a high-power device. However, it has enough grunt to handle Full HD video with the right software. Team Raspberry Pi showed-off a pre-production version of the $25 computer doing just that in September 2011.

As you can see, it’s pretty darn smooth. It has everything it needs to hook up to your home entertainment system, too. Plug the HDMI cable in and either a memory card into the SD slot or an external hard drive into the USB and you’re away (once you’ve installed all the right software, of course). You can also stream content over your home network as there’s an Ethernet port built into the board (in the “B” configuration). It shouldn’t – in theory – take too much hard work.

The only particularly tricky bit is fashioning a case to make it look half-decent in your living room – unless you’re happy to for your lounge to look like the a rejects box in Computer Exchange. However, later editions will come complete with a basic case.

MAME arcade box
Now this is one many a tech fiddler is sure to have a stab at. There’s already a GNU/Linux version of MAME – the Multiple Arcade Made Emulator – and the idea of building the Raspberry Pi into a dinky arcade cabinet like the Ion Audio iCade is just delicious. Just 8.5cm long, Raspberry Pi should fit into a portable casing fairly easily. 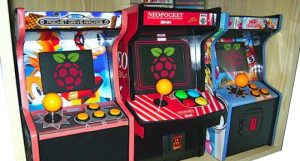 If you don’t have the workshop needed to fashion a professional-looking miniature (or full-size, if you like) arcade cabinet, you can always just plug a game pad into the USB port and fire away some arcade classics. As-is. Over at the Raspberry Pi forums, it’s clear that some members have much more ambitious plans, though.

Internet radio
Why not turn the Raspberry Pi into a kitchen-top internet radio? There’s no Wi-Fi module on the computer’s board, as it would make it cost a lot more and use more power, but as long as your router’s nearby you can use the LAN port to get connected.

What would make this really nifty as an idea, though, is a touchscreen. The Raspberry Pi folks say that while the computer hasn’t been tested with touchscreens, there’s no reason why it wouldn’t work with them. Pair the Pi with a 7in or 10in touchscreen display and a pair of powered speakers and you can make yourself a neat little custom setup. The downside is that touchscreen displays aren’t exactly cheap, and the Logitech Squeezebox Radio can so the job for just over £100.

Cobbled-together portable emulation handheld
One of our favourite uses for a Raspberry Pi is a homebrew gaming handheld. The 700Mhz processor doesn’t have enough power to emulate consoles released after the millennium, but for classic 16bit-era consoles and handhelds, it should do the trick. 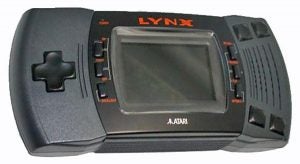 Team Raspberry Pi says that the computer can easily be powered using AA-batteries, so there’s no reason why it can’t be modded into a (chunky) homebrew handheld. The difficult bit – aside from modding/making the casing would be programming the thing to boot into a reasonably attractive interface rather than a standard Linux front-end, but we imagine some of you clever folk out there have the coding skills to do the job (sadly, we don’t).

Have your own plans for the Raspberry Pi? Let us know in the comments.