Sony showed us how it sees the future of gaming with its reveal of the PS5, but there’s still some way to go before it reaches that future for all.

Though it didn’t mention a price or release date, Sony played some of its cards in the battle of the next-generation consoles. While Microsoft has been plenty forthcoming about the Xbox Series X, Sony has been rather coy about what it revealed and when.

What we saw during the PS5’s Future of Gaming stream was, I feel, encouraging for the future of gaming. E3 presentations of the past had been dominated by violence with platform holders and gaming studios struggling to depict real-life situations with a degree of context (the reveal of Detroit: Become Human a few years back springs to mind).

There was some violence on show – you can’t sell a console without introducing a few first-person shooters and third-person brawlers into the mix – and Arkane’s Deathloop, iO’s Hitman III and Gearbox Studio’s Godfall provided the goods on that front.

But the overall tone of the presentation was less stabbing and murdering NPCs, and more about world exploration and showcasing a diverse array of characters and experiences.

The Miles Morales’ Spider-Man standalone was a good start, especially in the current political climate, and a game that shows a young black man becoming a hero is a portrayal we’ve not often seen. And it also keeps the momentum that Sony’s Into the Spider-Verse film started by bringing Morales’ character to wider recognition and acclaim. 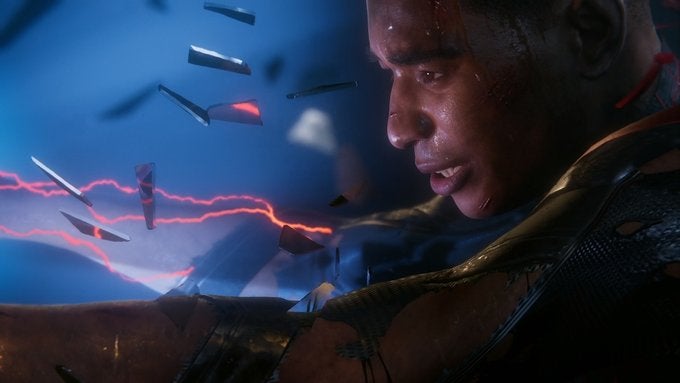 That diversity continued with Guerrilla Games’ Horizon: Forbidden West, Square Enix’s Project Athia, Ember Lab’s Kena: Bridge of Spirits and Housemarque’s Returnal, all of which are led by female characters.

Then there was Capcom’s Pragmata, two collaborations from Annapurna’s studios in Stray and Solar Ash, as well as Neostream’s Little Devil Inside, all of which looked stylish, and certainly piqued my interest about what we can expect in the near future.

But this was still a male-dominated show. In the roughly 75 minutes of the presentation I can remember just one female voice – Guerrilla’s Angie Smets. Sure, we got diversity with Shinji Mikami, along with Ember Lab’s founders Josh and Mike Grier and Arkane’s Dinga Bakaba voices added to the mix, but there was a lack of female voices both from the game studios and from Sony, even with the number of female protagonists in the games themselves.

That’s not to entirely damn Sony’s presentation or attempts at diversity. The Zoom-style video at the end featured representation of ethnicities and female developers. But the show as a whole was a reminder that there’s still some work to be done behind the scenes to get gaming to a point where these voices are front and centre, and what we play is a reflection of the society we live in and shared interests we have.

There’s probably some sort of irony somewhere of me as a man pointing out the lack of female voices on show, but having grown up with games from the NES to the PS4, I’ve become slightly tired of seeing the same stereotypes and franchises pop up.

I’m of the mindset that anything new is interesting – especially if it’s from a perspective that’s underrepresented in the gaming area.