If you know what’s good for you, you’ll already have watched every episode of the BBC’s outstanding Planet Earth 2 documentary series.

As well as using new filming techniques to capture staggering footage of the natural world from perspectives we’ve never been able to witness before, PE2 has delivered some of the best Full HD picture quality your television has ever seen.

It turns out, though, that PE2’s stellar HD efforts only sit pretty low down on the BBC’s latest quality ladder. The Beeb has tantalisingly stated before that one of the reasons it was able to capture such unprecedentedly intimate footage of animals in the wild was its decision to film much of the show in Ultra HD/4K resolution.

Now, it’s giving us the chance to experience this footage in all its native 4K glory via a trial stream available on the BBC iPlayer. 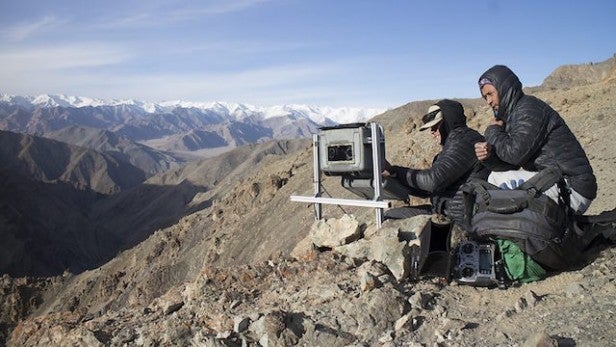 As if the prospect of seeing Mother Nature at a resolution of more than 8 million pixels wasn’t already exciting enough, the BBC also initially stated that it would be using a new HDR format called Hybrid Log Gamma (HLG).

Developed by the BBC and Japan’s NHK predominantly to aid HDR broadcasting workflows, HLG is set to become a big deal in 2017.

However, despite the BBC talking just last week about a particular frog in the Planet Earth 2 footage benefitting from HLG to deliver a shade of red we’ve never seen on a TV before, it quickly becomes apparent that the iPlayer 4K stream isn’t delivering HLG after all. Or any other HDR format come to that. The footage is in standard dynamic range only – a fact I’ve now had confirmed by both Panasonic and the BBC. Oops.

The BBC has since sought to clarify the situation with the following statement: “The BBC is using an experimental stream in Ultra HD and HLG, where the content is graded in HLG and is being streamed as an HLG signal. On supported devices you will be able to watch four stunning minutes of footage from Planet Earth II in Ultra HD and, in time, HLG. This is a public experiment not a consumer service, and one of the aims of the trial is to work with TV manufacturers to enable HLG support. We will update the list of compatible devices as they become available.”

Unfortunately this HLG confusion merely highlights how confusing and fractured the HDR world is right now. It also reminds us rather awkwardly that current TVs may or may not find themselves able to handle HLG via firmware updates in the coming weeks and months…

But hey, even an SDR 4K stream of Planet Earth 2 is pretty exciting in itself, right? Except that there’s more bad news to impart before you all run off to fire up the iPlayer app on your PC or TV: the iPlayer Ultra HD trial currently only works on 2015/2016 4K Panasonic TVs. And I’ve not heard of any plans to extend the trial to other TV brands before it comes to an end at some currently unconfirmed date in the new year.

Virgin customers may be in luck, though – the Virgin V6 TiVo box has been able to work with the trial, and that’s rolling out this week. 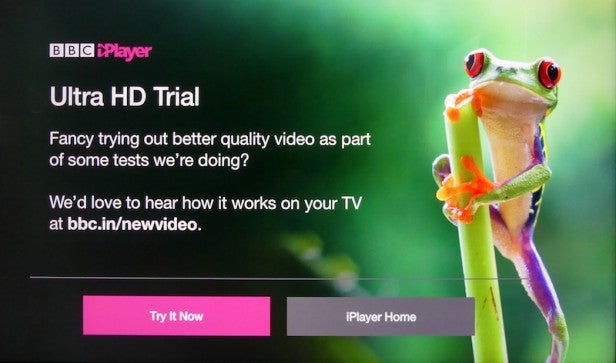 A full list of compatible Panasonic TVs can be found here. For the record, I used a TX-58DX902 to check out the Planet Earth 2 4K stream for this article.

If you’re firing up the iPlayer app on your Panasonic TV for the first time since the UHD Planet Earth footage went live, you’ll be asked if you want to check the trial footage out. Obviously you’ll be wanting to respond positively to this polite enquiry. From there you’ll be fired straight into the 4K stream – provided your broadband speed is up to the job.

All about the pipe

At the time of writing I’m still waiting for confirmation from the BBC about its recommended minimum broadband speed. Not surprisingly it worked beautifully on my 70Mbps broadband pipe, but experience of other 4K streaming services suggests you may run into issues if your speed falls below 15Mbps.

Even if you have the right TV and sufficiently fast broadband to access the 4K iPlayer trial, I’m afraid there’s yet another disappointment in store once the 4K trial starts to roll. Rather than getting access to all six full episodes of Planet Earth 2 in glorious 4K, you get just four minutes of clips from the Jungle episode, accompanied by some forgettable music from the Royal Philharmonic Orchestra in place of David Attenborough’s incomparable narration. 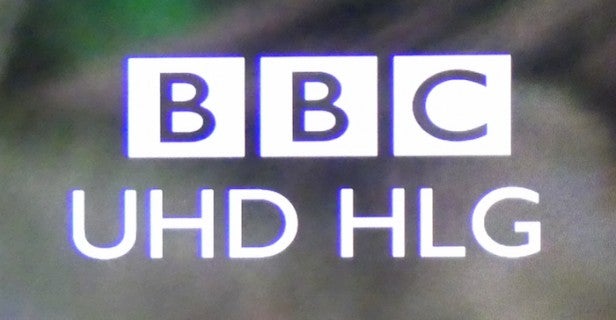 You can at least watch the footage again once it’s finished by heading into the iPlayer’s Settings menu and selecting the Try New Features In iPlayer option. But the hoped-for six hours of stunning 4K nature footage, this certainly is not.

Now for the good news: the Ultra HD images are so mouth-wateringly beautiful that all the earlier niggles are instantly forgotten.

Pausing a close-up shot of a Capybara’s face reveals much more detail in the UHD stream when it comes to the animal’s fur and eyes. There are also more delicate gradations (thanks to the finer resolution) in the fur’s colour, and a more three-dimensional feel to the image that adds immensely to the shot’s realism and intensity.

Areas of the finest detail on the UHD stream turn into softness and even blurriness on the HD image that I’d previously thought of as pretty stellar itself.

Pausing another shot – at around 1:48 in the UHD show reel – that shows a Jaguar’s head sticking out of the water delivers an even greater sense of just how much more detail the Ultra HD Stream contains. The jaguar’s markings look much more defined, while hair detailing in its fur snaps into focus beautifully. The foliage behind the jaguar’s head looks much crisper, better defined and full of depth than it does on the HD feed too. In fact, the HD footage looks almost out of focus versus the precision of the UHD image.

These differences are sufficiently stark to be clearly visible from perfectly normal viewing distances. There’s no need to have your head stuck up against the screen, as some misguided 4K skeptics would have you believe. In fact, the Planet Earth HD-versus-Ultra HD comparison is one of the most dramatic demonstrations of the difference 4K can make that I’ve ever seen.

You also don’t have to pause the UHD stream to appreciate all the extra resolution it’s giving you. On the contrary, provided you have a reasonably high-end Panasonic TV capable of handling motion cleanly, the UHD stream’s extra clarity actually has an even greater impact on the viewing experience when the video is running normally. The sense that you’re witnessing the action with your own eyes rather than through a camera is almost disturbingly strong.

There is one strange quirk about the UHD stream, though. Green tones look more dominant than they do in the HD stream – possibly due to some quirk of the footage being mastered for the HLG HDR technology which, as it turns out, we’re not able to try yet.

But the 4K SDR trial footage on show now is more than good enough to justify the BBC running this trial before HLG HDR is ready. 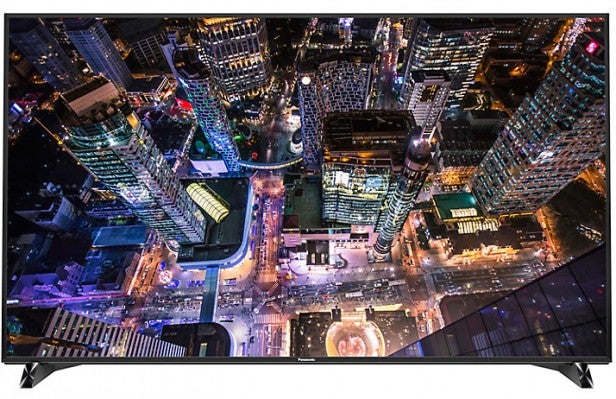 I should qualify my overwhelming praise for the UHD stream by saying that my head-to-head comparisons weren’t done on a totally level playing field. After all, the HD images were downloaded to Sky Q from its integrated iPlayer app and played into a Samsung TV, while the Ultra HD footage was streamed over a fast broadband connection via the Panasonic DX902 TV.

Also, unexpectedly, the UHD stream appears with letterboxing black bars above and below the picture, while the HD broadcast image uses a screen-filling 16:9 aspect ratio. This means you get a different crop of the image in the HD broadcast compared with the (presumably native 3,840 x 2,160) image used in the Ultra HD stream. With the shot of the Jaguar referenced earlier, for instance, the UHD shot clearly has the animal appearing smaller on the screen, with more foliage and river around it.

The joys of 4K

Our first experience of a 4K iPlayer certainly raises questions around issues such as the implementation of HLG HDR, 4K delivery channels and maintaining native shooting resolutions/aspect ratios throughout the production workflow. And yet it’s impossible to come away from these few minutes of Planet Earth 2 footage without feeling freshly enthused about 4K.

It’s been easy to forget amid all the hoo-ha about HDR that 4K is itself capable of transforming your viewing enjoyment, but the iPlayer Planet Earth 2 trial reminds us of 4K’s strengths in emphatic terms.

Considering this is just the first glimpse of the BBC’s future, it’s fair to say I’m already drooling about what comes next.

WATCH: Everything you need to know about TVs

What do you think of BBC iPlayer in 4K? Let us know in the comments below.