The next generation of gaming is going to be very interesting indeed. While Sony is pursuing a rather traditional approach with the PS5, Microsoft is doing anything but as it expands its gaming vision to myriad platforms and devices like never before.

It isn’t all about the Xbox Series X, the console is only a small part of Microsoft’s growing ecosystem which will incorporate a number of devices and services that show no signs of slowing. At the core of this is Xbox Game Pass, a subscription service which is growing more ambitious with each passing day.

This week’s Samsung Galaxy Unpacked event saw Microsoft’s Phil Spencer take to the stage and confirm that Xbox Game Pass Ultimate will be incorporated into the Samsung Galaxy ecosystem moving forward, with all Note 20 pre-orders earning three months of the service alongside PowerA’s MOGA XP5-X Plus controller with select bundles. The device will even have a bespoke Game Pass application for earning special cosmetics and other bonuses. 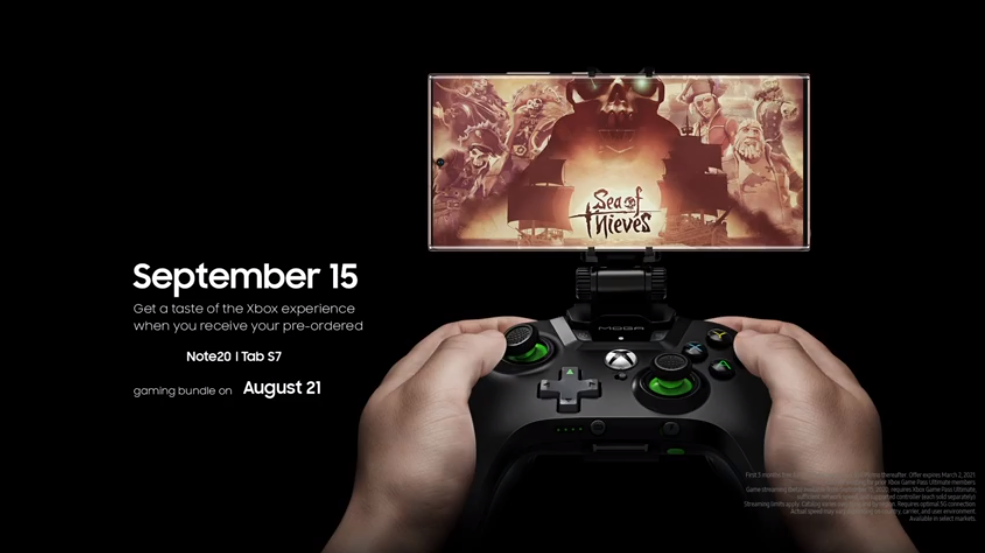 Such a dedication to gaming has seldom been seen in the mobile market before, and this is thanks to Microsoft wanting to expand its streaming service, Project xCloud, into a formidable component of Xbox Game Pass going forward. With a solid Wi-Fi or 5G connection, you can jump into hundreds of different games at a moment’s notice through a bespoke application.

This is huge, and could transform the way we consume games, especially since it opens up a sprawling library to those who don’t own a console, but do have a modern smartphone, tablet or laptop sitting around. Xbox Game Pass Ultimate will be arriving across Android devices on September 15, which is also when cloud streaming will become a permanent staple of the service.

Being able to access your existing profile, achievements and saves simply by logging in already puts Microsoft at an advantage compared to the likes of Google Stadia and GeForce Now, largely because consumers are far more likely to gravitate towards something they’re familiar with, instead of taking a risk on a new, unproven service. While I’m not fond of gaming on smaller displays like my phone, simply having that option is massive.

While this new strategy likely won’t draw away those faithful to consoles or PC, it really doesn’t have to. If Microsoft and Samsung market Xbox Game Pass correctly, it could be appealing to an entirely new audience of gamers. Those who only play mobile applicatons such as Candy Crush or Angry Birds could come to realise that gaming shouldn’t be feared, and a sprawling library of titles is only a few touches away.

Some games have even begun introducing new touch controls, although if you’re already in posession of the Dualshock 4 or Xbox One controller, you can connect those with ease. Communicating how easy it will be to access Xbox Game Pass on all your devices is part of the challenge, and Microsoft is doing a tremendous job of this thus far. Knowing all big releases are on Game Pass at launch is simply icing on the cake.

However, Apple recently pulled Project xCloud from iOS, likely because the nature of the application clashes with its terms of service. Similar digital storefronts have run into similar problems in the past. With iOS potentially out of the picture, this gives Android a real oppurtunity to become the second home for game streaming. If it does, the potential is pretty damn exciting.