Nokia makes the majority of the most interesting phone cameras in the world right now. And the Lumia 1020’s is its best yet. This is probably the best phone camera ever seen.

However, will it succeed where its spiritual predecessor the Nokia 808 PureView failed? Let’s take a look at how these phones differ, and why the Lumia 1020 has a chance at the big time.

More power, more pixels
First of all, let’s get through the boring bits. As a phone that’s a year newer than the 808 PureView, the Nokia Lumia 1020 predictably has a much more powerful processor and higher screen resolution. 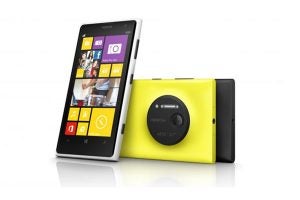 However, there are some much more interesting and important changes to note.

Symbian vs Windows Phone 8
The most serious tech fail of the Nokia 808 PureView was that it used the Symbian OS rather than Windows Phone. This wasn’t entirely Nokia’s fault, as the Windows Phone 7 software that Microsoft had in place at the time was hugely restrictive – putting in a PureView camera probably would not have been possible.

The issue is that Symbian was a near-dead system when the 808 PureView arrived, and seemed hopelessly clunky and out of date compared to Android or Windows Phone at the time.

Nokia’s Lumia 1020 fixes all that, using Windows Phone 8 – as used in all of the recent Nokia Lumia phones.

The move away from Symbian had been a long time coming too. It seemed like Nokia was to ditch Symbian back in 2011 when it ‘retired’ Symbian branding in favour of Nokia Belle, but really this was just Nokia sprucing-up the look of the ancient system.

It didn’t work, and Nokia kept on producing ostensibly Symbian-based phones until the 808 PureView, which arrived in June 2012. The reception of the first PureView phone told us a lot about what the public and phone networks think of Symbian – the 808 PureView was not stocked by any of the main phone carriers.

Windows Phone 8 is a whole different situation. You’ll find phones running the OS available from all the big mobile players.

It’s a much smoother, prettier and more up-to-date OS, and should give the Lumia 1020 a much better chance of success than the doomed 808 PureView.

Same sensor style
The crucial point of similarity between the Nokia Lumia 1020 and the 808 PureView is the camera sensor, and understanding what it’s about is crucial to ‘getting’ the PureView ideal.

Both phones have 41-megapixel sensors that are the same size, 1/1.2”. This is almost three times the size of the Lumia 925’s sensor, which helps it to fit in those 41-million sensor pixels. 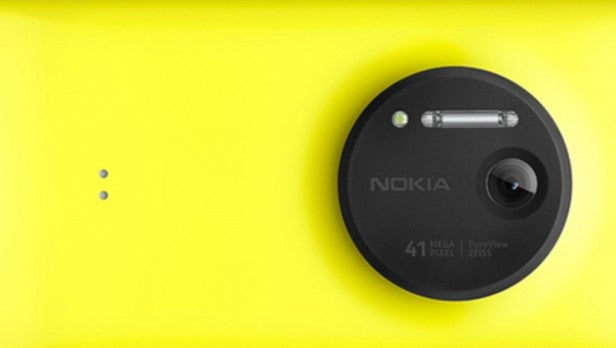 The idea of the 41-megapixel is not primarily that you’ll create giant ultra-high resolution images with each capture. Instead, when shooting a normal picture, groups of pixels with works together as if a single pixel using what Nokia calls oversampling.

When shooting an 8-megapixel photo, for example, each pixel will have the output of around five sensor pixels to call upon. This gives it far better output than just about any other phone camera.

There’s another use for the ultra-high resolution sensor – advanced non-optical zooming.

When using the digital zoom with most cameras, you’re simply cropping and zooming into a part of a picture. With the 808 PureView and Lumia 1020, you crop into the sensor, so that each photo pixel still has its own senor pixel to judge its output from. 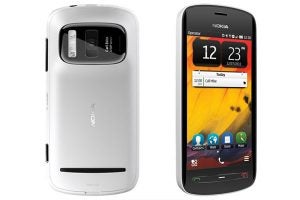 These single sensor pixels are a little larger than those of the latest phones, too. Fitting a 13-megapixel sensor like the Galaxy S4’s a small ‘standard’ size phone sensor gives it pixels of 1.12 microns – the Lumia 1020’s are a little bigger at 1.4 microns.

OIS vs no OIS
This sensor is what makes both the 808 PureView and Nokia Lumia 1020 cameras so special. However, the 1020 has a second ace up its sleeve – optical image stabilisation.

This is the feature that makes the Lumia 920 and Lumia 925 cameras notable, letting them use longer-than-average exposure times for superior low-light performance. As the 808 PureView already had a sensor large enough to bring pretty good low-light performance without OIS, where the lack of stabilisation showed was in video – commence jerk-o-vision.

It’s not only movement during video capture that will be helped by OIS, though. It will also make the Lumia 1020’s zoomed-in modes far easier to use, making staying completely still much less of a factor when trying to produce sharp photos. 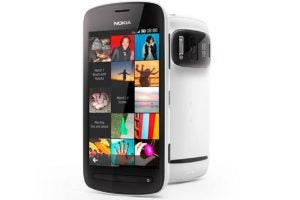 We imagine the OIS may also be used as it is in the Lumia 925, to increase low-light performance, however we’ll have to check this out once we get a review sample in.

4G vs 3G
In the year since the 808 PureView was released, 4G has become a common feature in top-end phones – its inclusion in the Lumia 1020 was a dead cert.

For most people, this is a connection that’s a future-proofing feature rather than a present concern, as 4G is still only available from EE in the UK, and costs a fair bit compared with good old 3G.

If the Nokia 808 PureView was an interesting experiment in smartphone optics, the Nokia Lumia 1020 is that idea crowbar’d into a phone people will actually want to buy. It has the Lumia design, an operating system that people will actually want to use, and an even better camera than its inspiration. There’s little that’s not to like – let’s just hope the price is right. Sadly its US prices aren’t a good sign – they’re steep.