Update: We’ve just taken delivery of our review sample of this phone and will be posting a full review in the next few days but we couldn’t resist grabbing a few snaps and sharing them with you straight away.

Here they are in all their raw glory. 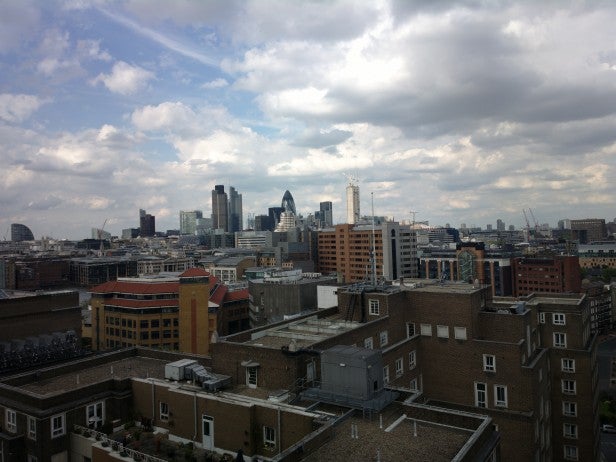 Our standard cityscape view. The phone’s slightly underexposed the buildings but overall dynamic range is excellent for a phone. And, zoom in and there’s an insane amount of detail. Compare it to the Shot below, taken with an iPhone 4S. 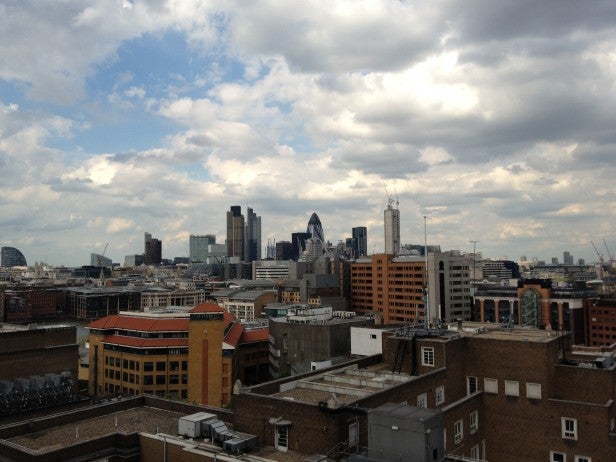 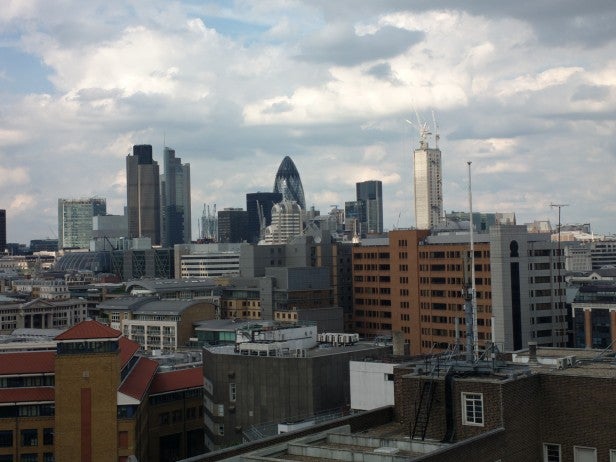 Using the PureView’s zoom feature, this is the view you get. Again, click to see the fullsize image and the incredible amount of detail it reveals. 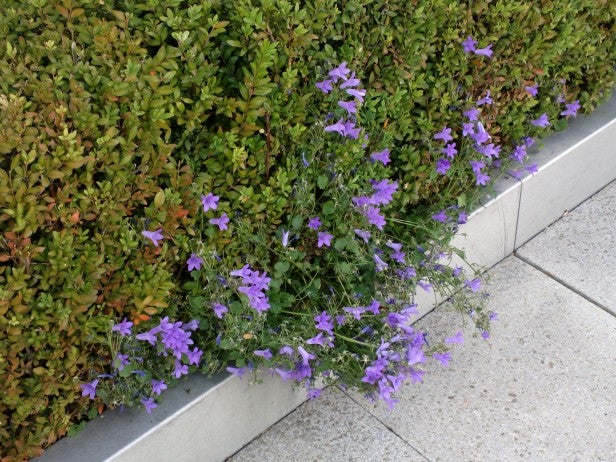 Another example of the ‘power’ of the digital zoom. The picture above
shows a zoomed in shot of some flowers while the shot further below
shows the full wide angle. 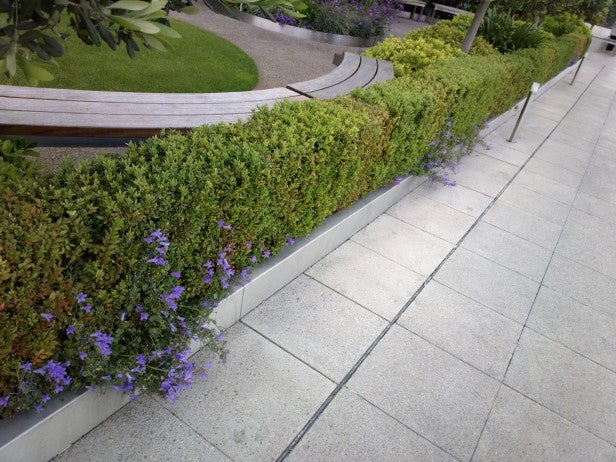 It likes there may be a bit of vignetting in this shot but we’ll have to have a bit more of a play before passing judgement.

Bonkers. Utterly bonkers. This could just about fairly be an assessment of the Nokia 808 PureView and its 41MP camera. Nokia has literally put together a phone the sole purpose of which is to showcase this astonishing new camera technology. And although the handset is a somewhat underwhelming plasticky Symbian model. The camera tech is undeniably impressive. Moreover, it’s likely to come to proper Lumia smartphones in the not-too-distant future.

We were shown the camera in action in the uncharacteristically bright conditions of the demo floor here at Mobile World Congress and despite the favourable conditions we were impressed. Taking a wide angle snap of the miniature street scene which appeared as though shot from a tenth floor window, it was possible to zoom in and make out individual blades of the (admittedly over sized pretend) grass. Shots taken of faces from a metre or two away allow for zooming in to view indiviual pimples or eyelashes. 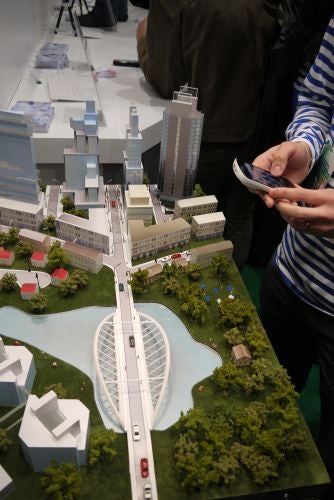 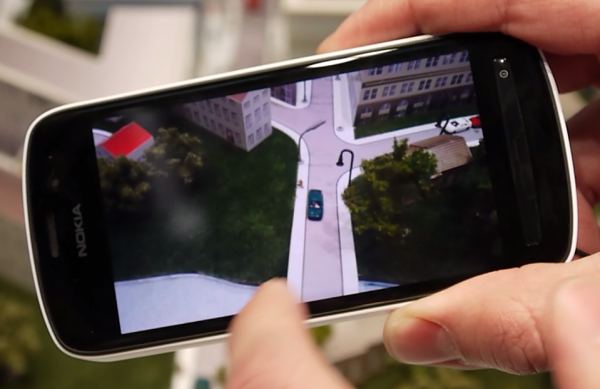 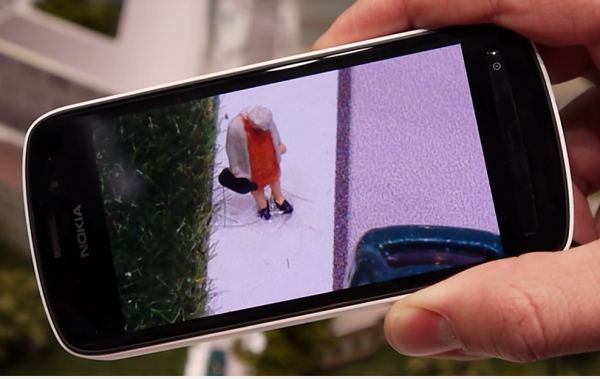 The interface also makes it easy to zoom into your subject, before shooting, giving effectively an optical zoom – you’re still getting 8MP or 5MP when zoomed in. 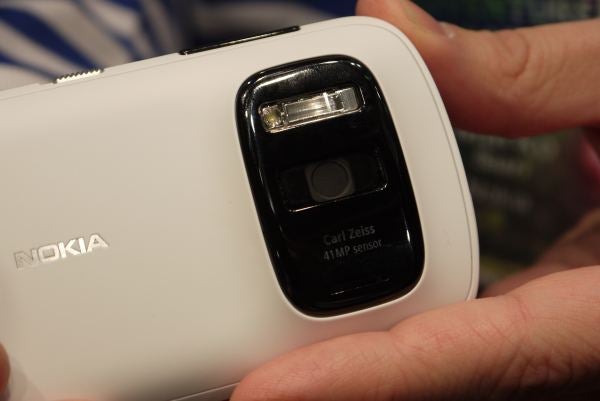 Helping to ensure the picture remains top quality is the size of the sensor, which is 1/1.2in – massive for a phone camera. This accounts for the large bulge that’s needed to accommodate the camera, though the lens itself is fairly modest in size. It has an f-number of f/2.4 and focal length of 28mm, which actually makes it near-identical to most camera phones in those terms.

The technology behind the new sensor is derived from that employed in satellite photography, apparently, though we’ve yet to determine exactly what makes this so. Either way, Toshiba was the development partner for the piece of silicon that packs in 7,728 x 5,368 pixels, each of a mere 1.4microns across. 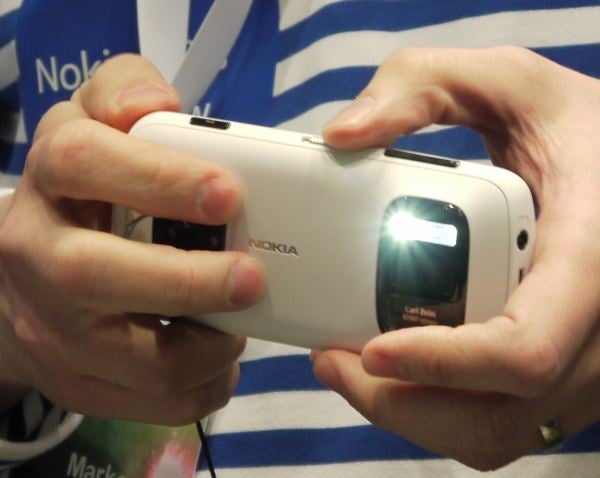 Finishing off the impressive camera performance are the dual flashes – a Xenon for stills and an LED for video; video that can be shot at 1080p with up to a 4x digital zoom.

As to the phone, while we were a little dismissive of it in our opening gambit, it’s actually a perfectly respectable device. It’s reasonably smart, has a bright, colourful and responsive AMOLED touchscreen. And although Symbian isn’t exactly the ”most” sophisticated operating system going, recent improvements have at least made it easy to use. 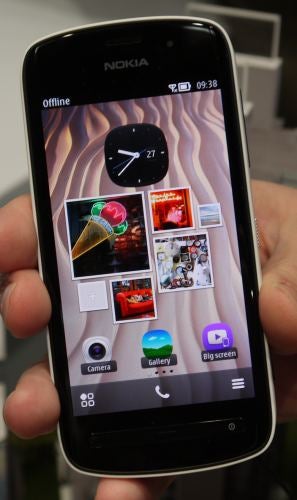 Still with a launch price of 450EUR, it’s as much as some seriously powerful and impressive upcoming Android smartphones. As such it’s probably a case of waiting for this technology to filter into Nokia’s Lumia handsets before buying in.