Google used Motorola to make an announcement last night: premium Android handsets are getting it wrong. The message was delivered via the Moto X, a smartphone the two companies have been working on since Google bought Motorola for $12bn nearly two years ago. What are they getting is wrong? Apparently just about everything.

The slogan for the Moto X says it all: “Made for you, responds to you, designed by you”. It may sound like a Christmas perfume ad, but the key message to customers is ‘we understand you better than they do’. The result is a handset that shuns the key specifications of virtually every 2013 premium Android smartphone: 5-inch display, 1080p screen resolution, quad-core processor, 12-megapixel camera (or greater), expandable storage and sub 10mm thickness.

Furthermore, following numerous leaks that gave the hardware elements away, the biggest shock of the night turned out to be the Moto X’s price: $199 with a two year contract. This is the same bracket as the Samsung Galaxy S4, Sony Xperia Z and HTC One. Contract-free prices weren’t much better: 16GB – $575 (£380); 32GB – $630 (£415) with the latter price again putting it within touching distance of these handsets once tax is added.

Initial impressions would suggest Google and Motorola are not only the ones who misunderstand their audience, but that they have both lost the plot. 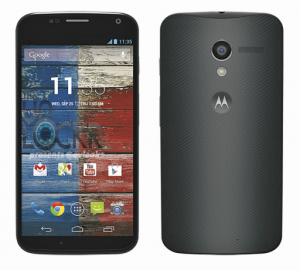 But perhaps they haven’t. Techies may find this a shock, but the Moto X primarily bins what the mainstream consumer could not care less about. Instead it preaches terminology that may well appeal to a very wide audience: accessibility, design, camera quality, one handed use, real world performance and crucially… battery life. Each brings genuine differentiators:

Accessibility sees voice control made touch-free which may finally ease the stigma around its use while an ‘Active Display’ helps prioritise and give quick access to handset notifications. The Moto X is also context aware and can change mode automatically depending on your activity (such as selecting its car mode when you start driving).

Designs can be unique thanks to over 500 styling combinations. This entails two frontplate options (white or black), 18 backplate colours and seven finish options. Cleverly these individual appearances are chosen at the point of sale (via the ‘Moto Maker’ website) and come with a free two week exchange option. The inspiration? Nike’s ID shoe and Mini Cooper customisation.

Camera quality is delivered via the first ever smartphone RGBC image sensor (dubbed ‘Clear Pixel’). Motorola claims it brings 70 per cent better low light performance due to an extra set of white pixels and we’re curious to see how it stands up in testing. The Moto X can also shoot 60fps 1080p video with both the front and rear cameras, which is unusual.

One-handed use is viable since Motorola gave the Moto X the smallest footprint of any premium Android handset (129 x 63mm). This is due to a very slim bezel which makes operation less of a stretch. Motorola has also optimised the camera app to shoot burst photography and zoom in and out with just one finger, which is clever.

Real world performance may well patch up some of losses the Moto X’s dual-core processor suffers in artificial benchmarks against quad core (and greater) rivals. This is because Motorola has equipped the handset with ‘the X8 Mobile Computing System’ which is made up of eight ultra low power cores that specialise in doing the heavy lifting for typically resource intensive software functionality such as motion sensing and voice recognition. It still won’t beat other flagship Android handsets in the latest games (despite an Adreno 320 GPU), but everything else should feel snappy and potentially even smoother given its minimum skinning.

Finally the biggie: battery life is claimed to last up to 24 hours with standard usage. That’s 50 to 100 per cent more than the competition manages. This is due to the compromises of a smaller screen size, lower resolution and the drop from a quad to dual core processor, the X8 system and those extra few millimetres not shaved off its width to squeeze in a layered battery. Interestingly battery life may be enough to win over heavy users who tend to be attracted to high end handsets. After all a still functioning phone is better than any flat one.

Give it more Google 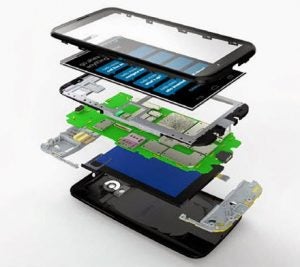 And yet the Moto X does have some significant weaknesses and they come from the most unlikely source: the surprising lack of synergy between Motorola and Google.

For a start the Moto X will not ship with the current version of Android and is not guaranteed to receive prompt updates to future releases. This seems unthinkable for a handset Google has been so heavily involved in shaping and for a company run by a CEO and product head it installed from its own staff.

Surprisingly Google has also let Motorola customise stock Android. Even more surprisingly it appears the genuinely impressive functionality Motorola has added is being developed independently of Android 5.0. This includes exciting glimpses of future proximity based screen unlock technology from a chip in your pocket to even a pill you swallow and Motorola’s already available Chrome-based browser extensions which bring call and text message alerts from your phone to your laptop.

But the biggest concern remains the Moto X’s RRPs. Google’s track record with the Nexus range meant it was widely predicted the Moto X would give us all its goodies while hitting Nexus 4-like bargain pricing to suck in a wider market. As it is even mainstream consumers will have to learn to look past the headline features the Moto X lacks and we feel it would’ve been a far stronger proposition fighting midrange rather than flagship Android handsets.

Lastly the sales strategy is extremely atypical of Google with Motorola confirming there will be no international launch for the Moto X and it will be sold solely in the US with customisation options initially limited to AT&T. This will kill a lot of buzz for the phone and seems a strange tactic given Europe is Android’s most successful hunting ground.

The pros of the Moto X are genuinely differential and disruptive, but its cons feel like basic failings by Motorola and Google to properly leverage their relationship and target the right price bracket. As such it seems the Moto X has as much to learn from the existing smartphone market as it has to teach.