iTunes Radio is here. It’s Apple’s music streaming service, piggy-backing off the immense iTunes catalogue, and will arrive as part of iOS 7.

But how does it compare with the most popular music streaming service in the UK, Spotify?

Free Sounds Good
Look at the pure figures and iTunes Radio sounds more impressive. The iTunes library has over 35 million songs, Spotify ‘just’ 20 million according to the latest figures from the company.

It’s also cheaper. Spotify offers a free streaming plan, but how much you can listen to is limited – even though you have to listen to adverts every now and then to subsidise costs.

For the first six months, Spotify lets you play as much music as you like. After six months, you’re given 2.5 hours’ listening a week, which you can stockpile to 10 hours over a month. Spotify Free is like a drug dealer coaxing you into addiction, before whipping out unlimited music from under your feet, saying you owe him a tenner a month if you want to carry on.

And, let’s not forget, Spotify Free only works on computers, not phones or tablets. 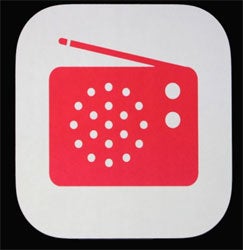 iTunes Radio has occasional ads just like Spotify Free, but there will be no curbing of how much you can listen to, and the service will be free to use for iPad and iPhone owners. It sounds like a dream come true.

Differing Approaches
However, Spotify is a much, much better solution for real music fans looking for their prime music source. It all comes down to the way these two services operate, and what they are trying to achieve.

iTunes Radio wants you to listen to music, and then buy it outright from the iTunes Store. Although it’s a streaming service, it remains wedded to ‘old fashioned’ downloads.

Spotify’s sole aim is to get people to sign up to its unlimited Premium service, which costs £9.99 a month. You can download tracks for offline listening with Spotify, but it’s little more than an insurance plan, should your internet connectivity die all of a sudden.

How iTunes Radio Works
For iTunes Radio to work as a business proposition it needs to curb the service in ways other than the number of tracks you can stream. It does so by limiting your control.

You cannot choose the exact tracks and artists that play over iTunes Radio’s virtual airwaves, as you can with Spotify – and even Spotify Free. Instead, Apple creates a playlist for you using the Genius playlists engine, or by playing music ‘similar to’ a selected artist.

iTunes Genius was introduced in 2008 with iTunes 8, and is a feature that monitors what music you listen to and uses your tastes to create playlists – so you don’t have to. A comparable behaviour monitoring tool was also implemented in the App Store, providing selections based on what you’ve downloaded in the past.

iTunes Radio is not a full music streaming service in the manner of Spotify, Rdio or Napster. It’s a glass display case, into which you can peek.

That distance between yourself and what’s playing limits how useful iTunes Radio will be for those who want to stream most or all their music. It’s more of a music discovery tool, and one to plug into when you’re bored of the streaming your own tracks over iTunes Match or directly from your phone/tablet’s internal memory. 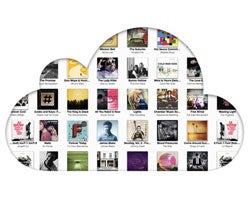 When used with the £21.99-a-year Match service, iTunes Radio drops its ads too – making that deal all the more attractive. Match lets you stream any music you own personally through the cloud, for libraries with up to 25,000 songs. It stops you from having to store them locally on your device.

These two services together offer a good way to go fully streamed for your music, but iTunes Radio alone just doesn’t cut it.

What well and truly puts Spotify ahead of iTunes Radio is that Apple’s streamer won’t be available in the UK at launch. It’s due to arrive around September 2013 for the US only, alongside the launch of the iPhone 5S, but in the UK we have no clue as to when – or if – it’ll launch here.