So, having tested the TV waters with Agents of SHIELD, Marvel’s decided to dip more than just a toe into telly. One of its biggest names, Daredevil, is coming to the small screen via Netflix, and the Captain America spin-off, Agent Carter, is already airing.

This has come hot on the heels of rival DC Comics having great success with TV adaptations of Arrow and The Flash, as well as Batman prequel Gotham.

That’s not good news for cinemas, which have become reliant on big summer superhero movies.

Of course, it’s not all Spandex-suited saviours that are making the leap to TV, with Hollywood A-listers and big studio budgets also defecting. And who can blame them? Breaking Bad was probably more talked about, critically acclaimed and universally watched than any blockbuster of the last few summers, while next-gen filming tech such as 4K HDR is being driven by TV services like Netflix.

TV is getting bigger and better, and the momentum is still building.

Related: What is 4K/UHD? 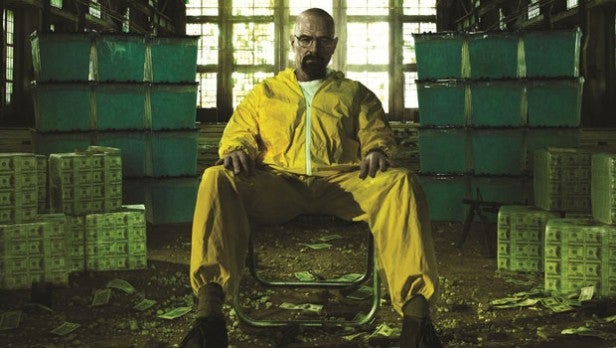 The meteoric rise of the premium TV show has been ongoing since The Sopranos, with the real turning point perhaps being 24. Before Kiefer Sutherland stepped into the role of Jack Bauer in 2001, TV was mostly a place where actors and actresses went when they couldn’t get work in movies. TV was looked down upon by everyone in the film industry – despite 90 million Americans watching the ‘Who shot J.R.?’ episode of Dallas, and the cast of Friends eventually becoming more famous than most movie stars.

Twenty years ago, you’d never have imagined a top-of-the-bill pairing like Woody Harrelson and Matthew McConaughey starring together in a TV series, or that a superstar like Halle Berry would be in a sci-fi show. But then, twenty years ago, the standard of TV scripting and production was nowhere near that of True Detective or Extant or… Well, there are now almost too many examples to choose from.

Once upon a time, TV sets wobbled when doors were closed, the actors were sometimes no better than village-pantomime quality, and the dialogue was often laughable. (Thankfully TV comedy dialogue was also often laughable, which stopped us from turning off our TV sets altogether.) 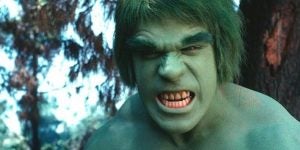 Special effects, when they weren’t explosions, were utterly unconvincing. I’m just about old enough to remember the man-pulled-by-a-cable wall-crawling scenes in the original Amazing Spider-Man series and Bill Bixby turning into Lou Ferrigno in The Incredible Hulk. That was Marvel’s first foray into TV in the ‘70s, the shame of which is possibly why the company gave up on live-action TV for so long and focused on animated series.

Tarnishing of the silver screen

While TV is drawing the hottest scriptwriters and the cream of acting talent, movies are in a downward spiral. It’s hard not to get too nostalgic, but take a look through recent Oscar nominations and compare them to lists from Yesteryear.

There are still gems coming through, such as The Artist, The Hurt Locker, Gravity and even some of Marvel’s better efforts, like Iron Man and Guardians of the Galaxy. But they’re buried under a mountain of dull tear-jerkers, Katherine Heigl rom-coms and CGI-dependent turds that have more in common with last-gen videogames than blockbusters from the Golden Age.

Talking of videogames, even they now offer more fleshed-out characters than many movies do.

Now that we seem to have got past this barrier of TV being a lesser art form than movies, the film industry is finally realising the depth a series can offer in character development and story threading. There’s no doubt in my mind that TV is coming alive, while the cinema has lost its magic.

I’ve lost count of the number of new TV shows I’ve gotten excited about in the past 12 months, from ‘80s-based startup tale Halt and Catch Fire to historical spy drama Turn. I can count on less than one hand the number of cinema releases that have caught my eye. 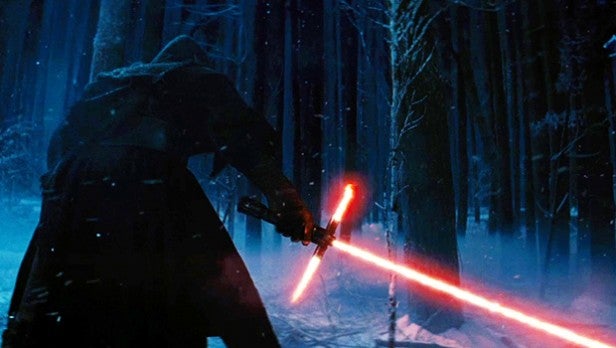 Sure, there are still a few notable movie moments on the horizon – the next three Star Wars movies, obviously – but they’re few and far between. Gravity’s spectacular 3D gave us a cinema event worth talking about, but that appears to have been a one-off rather than a trend, and was anyway sort of cancelled out by Interstellar’s awful sound mixing. Christopher Nolan decided that actually hearing the dialogue wasn’t important. Idiot.

I’m going to stick my neck out and predict that, in around five years, after the current planned movie cycle, even some of those mahoosive superhero franchises will get moved to the small screen, too.

What it means for video tech

But what does this all mean to the world of consumer technology? Well, that revolution quietly started a while ago, too. There are more devices capable of receiving TV streamed from the Internet, more services delivering that content, and less focus on the traditional physical media (i.e. DVDs and Blu-rays, etc) that’s best suited to storing a single movie. Panasonic has a 4K Blu-ray player in the pipeline, but it feels like that’s swimming against the tide (or, rather, streams).

TV services are even driving the betterment of our displays. The first people to pump out real 4K/UHD content were Netflix and Amazon, not some studio trying to flog another terrible but terribly hi-res Transformers movie on a shiny disc.

There’s also Netflix 4K HDR (high dynamic range) streaming on the way, which promises blacker blacks, better contrast and greater depth of colour on this year’s HDR-compatible televisions. While 4K was the talk of 2014, HDR is already the buzzword of 2015.

In other words, as far as TV tech’s concerned, we’re already in the future. And the cinema feels like a relic from the past.