Earlier this week, BlackBerry board member Timothy Dattels made a public announcement suggesting the company is looking to be bought. Such a public declaration reeks of desperation, especially as it can’t fail to have an impact on the company’s share price. And Datells has already formed a commitee to look into the matter.

Now that so many see BlackBerry as a has-been, it’s easy to forget what RIM (the company name dropped in early 2013) once was. In Q1 2008 it commanded 44.8 per cent of the US mobile market share. It was the most successful phone-maker in the US, and it didn’t have to rely on flogging millions of cheap phones in developing countries for its success. In Q2 2013, its US market share was just one per cent.

It was a king, now a pauper. Whatever happened, and is the company now completely redundant?

Losing my edge
There’s a common perception that RIM was far too late to join the touchscreen revolution – a term that seems trite now that everything has one. However, it really wasn’t all that slow to start experimenting with phones like those we use today.

We could forgive you for forgetting them, but the BlackBerry series has had high-profile touchscreen models since 2008, the year Android was born. They were called Storm phones, and there were a few models in the range released in 2008 and 2009.

But they were afterthoughts next to the more established Bold and Curve ranges, products created solely because of a need to compete with the iPhone. Their software was a barely-touch-optimised version of what you’d get with one of the other BlackBerry-series phones. They were experiments, already outpaced by the new guard.

RIM appeared to have been made myopic by its own success. Or it just didn’t get what its new rivals were about at all. 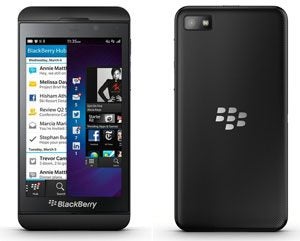 And just like the BlackBerry Storm II back in 2009, the BlackBerry Z10 arrived too late. Its rivals already had too firm a grip on the market, and RIM was no longer in a state to give the phone the support it’d need to mitigate its lateness.

In Q2 2013 BlackBerry 10 phone sales amounted to just 2.7 million, encompassing both the launch quarter of the BlackBerry Z10 and the launch of the Q10. Even the Nokia Lumia range managed 7.4 million in the same time scale – and it’s hardly a great success story. 23 million Galaxy S4s were sold in that period.

But why did it take more than three years for RIM to get from its touchscreen beginnings to the BlackBerry Z10?

Internal Conflict
Several signs over the years pointed to serious internal conflict within RIM’s halls. The company appeared to flit between focuses on the consumer and enterprise sectors as its various grand plans turned into grand failures.

Perhaps the most notable was the BlackBerry PlayBook – a tablet whose name and portable size alone were enough to suggest the thing wasn’t really aimed at RIM’s traditional business market. However, according to the Wall Street Journal, there were arguments within RIM about whether the PlayBook was a business device or something quite different. RIM’s then-CEO Mike Lazaridis felt it was a enterprise-focused ‘BlackBerry extension’, other execs did not agree.

The fallout from Lazaridis’s approach hurt the PlayBook badly. The tablet didn’t even have its own email client for more than six months, because as a ‘BlackBerry extension’ it wouldn’t need one. It was a crippled gadget, and sales were poor. Its limited features were not the only reason for its failure, but didn’t help.

After it was announced that the catastrophic launch of the PlayBook has resulted in a $125 million loss for the company in Q4 2011, statements made by the company were construed as strategic move back to an enterprise focus. Was it a dumping of the consumer markets, which it was continually half-dipping its toes into, before finding the waters scalding hot?

RIM responded, denying this – but it was clear that the BlackBerry line was veering wildly between strategies with little sense of direction.

The rug from under
As RIM was worrying how it could compete in the consumer market, the business sector was starting to lose interest in BlackBerry – despite being close for years.

In part it was the maturing of iOS, and even Android, that made rivals suitable alternatives as business phones. Android gained proper encryption in Android 3.0 (step one to business device success) in 2011, and while it remains a security minefield on the platform, Google has cottoned onto the idea that enterprise is important. 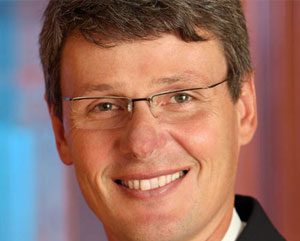 The BYOD (bring your own device) movement is a big factor in this. The ubiquity of smartphones and the oft-cited ‘belt-tightening’ of companies make employees using their own phones for business attractive for all concerned. And do most execs these days use an iPhone or Android, or a BlackBerry Bold? BlackBerry’s plummeting market share speaks for itself, as BlackBerry CEO Thorsten Heins (pictured right) no doubt knows.

iOS has been a sound business proposition since the system’s reasonably early days, and even the famously ‘virus-ridden’ Android (according to the AV experts, that is) is incorporating features designed solely for BYOD business users.

In June 2013, Android gained native support for remote wiping of both device and SD card – one of the most important security measures for any phone used within a business network. Plus there are plenty of third-party security suites designed for company networks that support both Android and iOS.

Even if BlackBerry 10 has better security than Android, and better network integration than iOS, BYOD and the pure fact that many important people in a business would ‘rather have an iPhone’ have killed BlackBerry’s business supremacy.

The question is – now that BlackBerry has categorically failed on the consumer front and is rapidly losing its traditional business angle, what would a company have to gain in acquiring BlackBerry, beyond IP?

Next, read our analysis of the Twitter abuse scandal