Let me just make something clear before getting into the meat of this piece: I’m not an Apple hater. I recently reviewed the MacBook Pro with Retina and gave it a 9/10 for being a stunning piece of engineering with an unmatched screen. What I do hate is devices being crippled – not because they can’t handle things, but so that their manufacturer can control what you do and how you do it with your hardware. Viz, the iPad and iPhone 4S.

Want to know everything we do about the iPhone 5? Read our iPhone 5 preview, or for all the latest stories as they happen there’s our iPhone 5 roundup

iOS, a love-hate thing
Now don’t get me wrong, I own an iPad 2. And I dislike it. That’s fine; I knew I would before I bought it. The reason I got it despite that was for some of the exclusive apps, digital magazines and games it still commands, the exclusive third-party accessories you can get for it, and to experience a bit of the iOS dark side out of pure professional interest – for all of which, a second-hand, previous-gen iPad didn’t set me back too much. 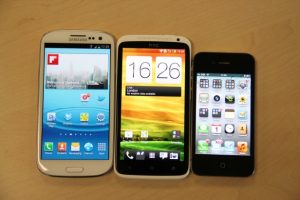 However, one gadget that definitely won’t be finding its way onto my shopping list is the iPhone 5. It will still have some exclusive apps, no doubt, but with Android holding over 50 percent of the smartphone market (compared to a far lower number for tablets) it’s unlikely to be to the same extent. And apart from some nifty battery cases, I’m not sure I would be as interested in the third-party peripherals. 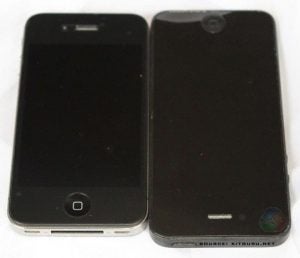 Admittedly, with Apple likely increasing the iPhone 5’s screen to four inches, the size is now a nice balance between being large enough for easy viewing yet small enough to hold comfortably in one hand. Also, the resolution won’t be much of an issue as Retina displays are sure to give you more pixels than your eyes can handle anyway.

The back, it would appear, is no longer slippery, glossy, smash-prone and sharp-edged glass either, which made the iPhone 4 so uncomfortable to hold without a case or bumper. And it’s likely to be one of the more powerful mobile phones around on the spec side of things.

So far, I could live with just one choice… 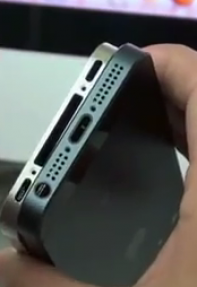 Paying the Storage Premium
However, a more serious issue for me is the lack of expandable memory and straightforward connectivity (it’s one shared by some Android handsets too, but that’s why I wouldn’t buy those either). I’m a gamer at heart, and many mobile games these days require hundreds of megabytes – or even over a gigabyte – of space. I don’t want to juggle games in and out of local memory to save space, and that’s not even talking about my music or video collections.

Streaming everything’s all well and good, but mobile data costs money and is rarely unlimited – plus I currently live in a specific, tiny part of London where there’s almost no 3G reception (at least on my current network). 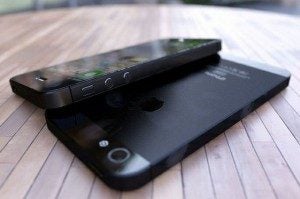 With a decent Android handset like the Samsung Galaxy S3, you can simply plug in a 64GB microSD card and voila, storage galore. With the iPhone 5, we’ll no doubt have to pay a ridiculous premium to get more storage, and even so the maximum will be less than what an expandable Android phone can manage. Heck, even Windows Phone 8 will allow expandable memory, leaving iOS – and through association the iPhone 5 – as the only killjoy at the party.

As long as it’s Apple…
Then there’s transfer of content. I want to be able to plug in a USB stick or even external hard drive (using a cheap adapter) and transfer some files across to my phone. I don’t want to have to upload these to an online system like iTunes, after converting them into a file format that iTunes will accept.

Customisation (or lack thereof) is yet another of those niggles I would have with Apple’s latest iPhone. Unless you’re willing to jailbreak, there’s not an awful lot you can alter about the standard iOS look and feel. And it’s not just the interface; Android lets you change everything from the type of virtual keyboard you want to use to the sound a key makes when it’s pressed. Of course, you might be perfectly happy using Apple’s rather good option, but it’s the principle of the thing. My device, my way. 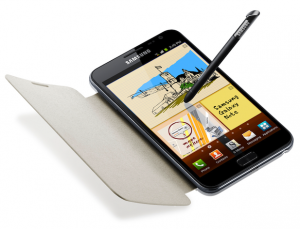 iPhone 5: The Tale of No Stylus
I realise this is something of a niche reason, but as an artist, the lack of a pressure sensitive pen is yet another minus that’s pulling me away from the iPhone 5. Admittedly, the Samsung Galaxy Note (or its hotly anticipated sequel, the Galaxy Note 2) with its Wacom-based S-pen is the only choice that does offer this so far…

Cheering the Android Underdog
And perhaps this is getting a little geeky but despite coming from Google, a multi-billion dollar corporation, Android still retains that underdog feel – not least through the way it, or rather the possibilities and freedom it allows, are perceived by the industry. Until I see the Humble Indie Bundle on iOS, Android gets my vote every time, despite a higher risk of ‘dodgy’ apps. 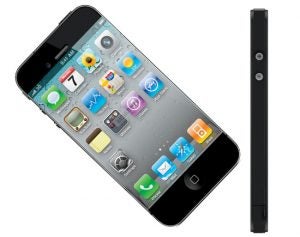 Paying the Apple Premium
Finally and most crucially, there’s cost. When the iPhone 4S and its predecessors launched, they cost half a grand. Nearly a year later, it’s still £499 to get your mitts an iPhone 4S outside of a contract, and there’s little reason to suspect the iPhone 5 will be any cheaper. Meanwhile, the Galaxy S3 darling of the Android world, with far more under its hood, can be had for as little as £430 only a few months after its release.

All that together with a few other niggles like your non-removable battery, dear iPhone 5, is why I probably won’t be buying you as my next phone – much as your doubtlessly huge app selection, great voice control implementation (yes, Siri), gorgeous screen, and battery-life-expanding third-party cases will appeal to me.