If you’re new to Google Now, here’s how you can quickly become the master of the personal assistant

Of all of Google’s many software efforts of recent times, Google Now has to be one of the best.

Here is a tool that doesn’t just help you search for information, it goes and fetches it for you before you even ask. It blows Apple’s Siri out of the water and is far more robust than Microsoft’s Cortana.

While Google Now is only really present in its full glory on Android (which we’re concentrating on here), you can also get much of its functionality (including notifications) on iOS devices by downloading the regular Google search app. You can also make use of it on a desktop computer through the Chrome web browser, or on a Chromebook with Chrome OS.

Follow these tips and tricks and see what Google Now can do for you.

Plug in your apps

Let’s kick things off with Google Now’s latest, and we’d dare to say greatest, feature – the ability to plug into other apps and fill your feed with even more useful information.

Google has now added a further 70 Android apps and there’s some great examples of the integration. Take Wunderlist for example, this to-do list organisation app will display upcoming tasks and events right in Google Now. Others like Feedly will show you what’s been happening in the news and TuneIn will recommend podcasts for your journey home. Spotify, our favourite music streaming service, works too – throwing up playlists and albums it thinks you’ll like.

The great thing is that you don’t really need to do anything to get these new features. Just swipe across to Google Now, hit the menu button on the side, tap customise and make sure you’ve got ‘Receive Now cards from your downloaded apps’ ticked.

As it’s an open API, we expect more and more developers to add some nifty new Google Now trickery to their apps. You’ll also receive these alerts on your Android Wear-toting wearable, giving that service an extra feature as well. 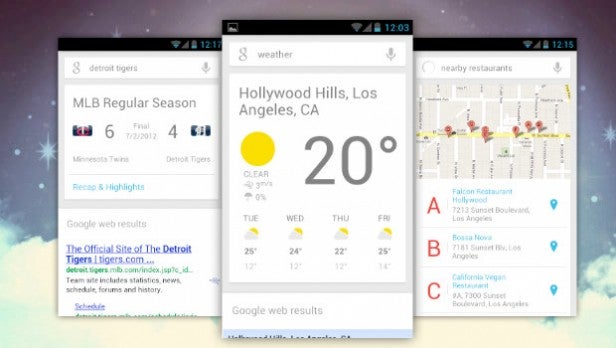 Have a chat, with your phone

Admit it, Android users. You’re slightly envious of all those smug iPhone users talking informally to their phones, and having reminders set accordingly.

Well, guess what? Google Now lets you do exactly the same. Just hit the mic button, or say “OK Google,” followed by what you want. For example, try saying “Call… (contact name)” to make calls, or ask “How do I get to… (place name or address)?” for Google Maps directions. You can also set reminders that take into consideration location and time by saying something like “Remind me to… (activity) when I get home.”

Want to set a timer? Don’t fiddle around with the clock app. Just ask Google Now to “Set a timer for five minutes (or whatever).”

You can even follow up your initial questions will a further one and Google Now will continue the conversation. If you’re asking about the weather in London, you could follow it up with “What about Leicester?” and it’ll answer accordingly.

Much of Google Now’s functionality relies on location, and relates to your proximity to home and work. As such, make sure it’s set accurately by going into the magic wand setting menu at the bottom.

Now select Places, and tap on the Home and Work fields to set them accordingly.

Turn on Commute Sharing on the map card, and your friends and family will get all your traffic warnings.

Go into the Commute sharing menu and hit the ‘Choose who can see…’ option. This will take you to Google Plus, where you need to turn Location Sharing on. Then, hit ‘Choose people to share with’ and select who you need to share such info with.

Finally, back in the Google Now settings menu, opt to ‘Let them see my commute updates.’ 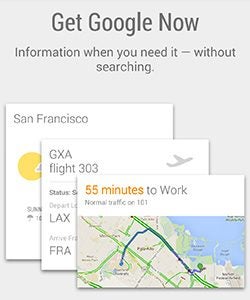 Check out your holiday photos

Using that aforementioned voice-recognition system, you can pull up all of your stored photos for a specific location.

First, you need to ensure that your photos are getting auto-backed up to Google Plus. They are? Then we can begin.

So, after asking “Okay Google” (or hitting the mic), ask for it to “show me my pictures from (location).” Hey presto! Instant location-based images for your perusal. 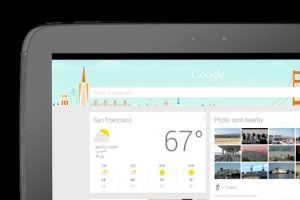 Find out where you parked

Google knows where you parked. I know, right? Using your Android phone’s accelerometer and GPS, it can detect when you’re driving and when you’ve come to a proper stop. So it takes a pretty good stab at sticking a virtual pin in the map where you left your automobile, and providing you with that information through the parking card.

You can also check out previous locations you’ve parked, or get the next best guess.

Google Now will keep you abreast of the latest fixtures and scores for your favourite sports teams, but you’ll have to tell it what they are. Just go into the settings menu, select Sports, and feed in your team(s) of choice. 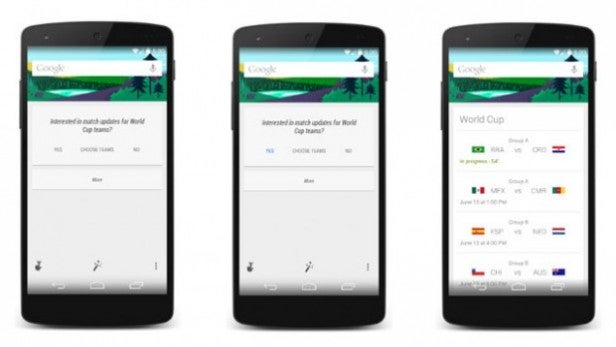 Bring up a calculator

You probably have your calculator app of choice close to hand. But if Google Now is your quickest tool, type in Calc to bring up a calculator within Google. Instant sum-crunching, at your fingertips!

Get Google Now to translate for you

Google Translate is a great tool for helping you get by with the local lingo on holiday, but Google Now can help you out in a more naturalistic way.

Just ask it “How do I say (whatever) in (choose a language),” and it’ll help you with your pronunciation. Bueno.

Let Google Now DJ for you

Signed up to Google Play Music? They you can start your “I feel lucky” playlist going simply by telling Google Now to “Play some music.”

Google Now can supply you with information on the TV show you’re watching or the music you’re listening to.

For the former, make sure you’re on the same Wi-Fi network with your phone as you are for your Smart TV (why wouldn’t you be?), and ask Google Now to “Listen to TV.” You’ll get a bunch of programming info and trivia.

Ask Google Now “What am I listening to?” when listening to music for a Shazam-like listing of the artist and track, as well as album/single artwork and a purchase listing on Google Play.