Think the Samsung Galaxy S4 is just a bit too big and expensive? A phone like the Galaxy S4 Mini or HTC One Mini could be right what you’re after.

These phones are like smaller replicas of this year’s top-end phones, and they sell for a little less money. But which is better, the HTC One Mini or the Samsung Galaxy S4 Mini? Let’s take a closer look at their vital statistics.

These phones look and feel a lot like their bigger brothers, the Galaxy S4 and the HTC One. Where the Galaxy S4 Mini is all-plastic aside from its Gorilla Glass front, the HTC One Mini is mostly aluminium.

However, those familiar with the design of the HTC One will notice a significant change – the HTC One Mini’s sides are plastic rather than metal. This acts as a ‘bumper’ that should help suck up some impact damage should you drop the phone. 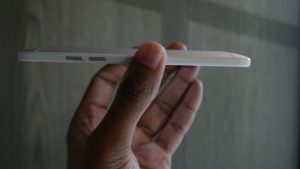 Thanks to all that metal, the HTC One Mini is a little big heavier than the Galaxy S4 Mini – roughly 20g heavier. However, as these are relatively ‘small’ phones by today’s standards, both feel pretty light.

Also mirroring the style of the full-size phones in these ranges, the HTC One Mini is slightly thicker than the Galaxy S4 Mini – 9.3mm against 8.9mm. As with the weight, the disparity is small enough not to worry about. 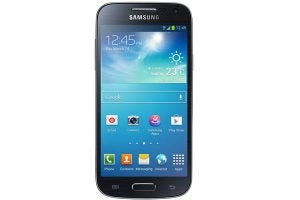 From the numbers alone, the Galaxy S4 Mini sounds like the better-designed phone. It’s thinner, it’s lighter – but in reality the HTC One Mini is superior.  It looks better and feels better

Screen tech is where the ‘mini’ part of these phones’ names comes into most obvious effect. Both the Galaxy S4 and HTC One Mini have 4.3-inch screens, significantly smaller (and more manageable, some will say) than the 4.7-inch and 5-inch screens of the HTC One and Galaxy S4.

The HTC One Mini’s display is noticeably sharper – and that’s no surprise given it squeezes in 70 per cent more pixels than its Samsung rival.

It’s a big difference, and one that keeps the HTC One Mini display seeming high-end while the S4 Mini screen is slightly pixelated if approached with a remotely critical eye. 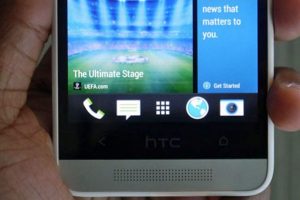 There are also significant image quality disparities thanks to their panel types. The Galaxy S4’s Super AMOLED panel supplies vivid colours, but the HTC’s Super LCD-3 screen is more natural-looking.

If you owned a previous HTC phone that used a SuperLCD screen and were disappointed with its performance, don’t fret. The third-generation panel in the One Mini is far better than the first-gen screens you might have seen in, for example, the HTC Sensation.

Galaxy S4 Mini vs HTC One Mini – CPU and RAM

The processors of the Samsung Galaxy S4 Mini and HTC One Mini are based on the same family of CPUs. Both have Krait 300 cores, the same type seen in the full-fat Galaxy S4.

The crucial difference between these two ‘mini’ phones and the top dogs is that they have only two processor cores instead of four – quad-core chips are now the norm for all top-tier phones.

However, you shouldn’t do these phones down too much for not being quad-core, as many lower-price quad-core phones use older-generation chipsets that won’t get close to matching the per-core performance you get here. 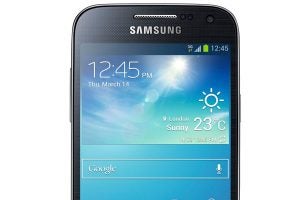 Samsung has ensured the Galaxy S4 Mini is that bit faster than the HTC One Mini by clocking the processor at 1.7GHz – the HTC runs at a cooler 1.4GHz. The Samsung also has more RAM, with 1.5GB while the One Mini has a rather ordinary 1GB.

Samsung wins this round, although as they both use the same generation of processor, the difference is not massive. We’ll be back with full benchmark scores soon.

One area in which the Galaxy S4 Mini clearly wins this fight is in the flexibility of its memory. The Samsung phone has a microSD memory card slot, hidden under its plastic battery cover. The HTC One Mini does not.

To compensate, the HTC One Mini has more internal memory. It packs 16GB, twice the 8GB of the Samsung Galaxy S4 Mini.

Is 16GB enough? If you want to keep a large music collection on your phone, or want to watch videos on the move, having a microSD slot to work with is a huge bonus. If you just need it for apps and games, internal storage is more important. Not all apps and games can be installed to SD, and at present we’re not even sure if the S4 Mini will let you install apps to SD at all.

These two phones launched running roughly the same core version of the Android operating system – Android 4.2 Jelly Bean. However, the custom interfaces their makers have laid on top of this software mean they look and feel quite different.

The Samsung Galaxy S4 Mini uses the latest version of TouchWiz, very similar to the software used in all the latest Galaxy-series phones. Its focus in on incorporating as many additional features as possible into the phone’s ‘standard’ install.

These include S Health (a fitness tracker), S Translator (a language translator), WatchOn (a universal remote app) and the music-sharing Group Play feature. The Samsung Galaxy S4 Mini is packed full of gadgets.

The software’s look doesn’t have a particularly strong sense of style, though. Its default layout is bright and breezy, but feels a little generic, especially given it’s the same look you’ll see on every Samsung-branded Android phone.

HTC’s One Mini is quite different. Its HTC Sense UI takes a minimal approach. It is out to make Android look and feel good, rather than to include so many features that you’ll never need to head to the Google Play App Store. 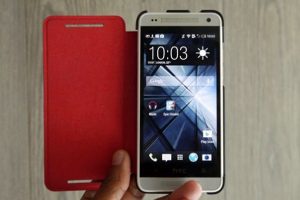 It does have a few extras, though. BlinkFeed is a home screen widget news feed that takes updates from websites or social networks, and is designed to be your go-to spot for quick updates. Sense also provides the widgets that those familiar with Sense may be looking for – including the ‘classic’ HTC-style clock.

Whether HTC Sense or Samsung TouchWiz is better will depend on your tastes to an extent. Sense is smoother, easier on the eye and more stylish. TouchWiz packs in more features. Most of team Trusted prefers HTC Sense.

The HTC One Mini has a slightly cut-down version of the HTC One’s camera, using the UltraPixel hardware and Zoe software that helped that phone make such a splash when it arrived in February 2013.

However, the Mini does not have optical image stabilisation, making it more of a ‘mid-range’ camera than its big brother’s one – which does have OIS.

The Samsung Galaxy S4 Mini’s camera too is cut down a little from the Galaxy S4’s. It uses an 8-megapixel sensor where the S4 has a 13-megapixel model. 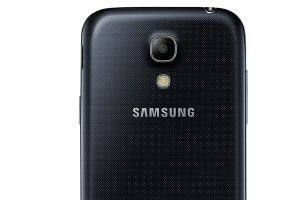 Which is better? In low-light conditions, the HTC One Mini will take better photos as its larger sensor pixels can produce less noisy images with poor light. However, in dazzling sunlight you can expect the Galaxy S4 Mini to render more detail.

We’ll be back with a full head-to-head of these phone cameras once we have both in to test.

In many ways, the Samsung Galaxy S4 is more feature-complete than the HTC One Mini. It has NFC and infrared – all missing from the HTC One Mini – and slightly more powerful innards.

However, the superior build and far superior screen of the HTC One Mini mean we’d opt for the HTC. It gets the basics right, even if it leaves out a few of the ‘extra bits’.