Facebook Home is a clever move by Facebook that piggybacks on the success of Google’s Android OS. However, it’s not Google that should be worried by Home – it’s Apple.

When the ‘Facebook Phone’ rumours were confirmed to be wrong by the announcement of Home, Facebook’s new Android home screen replacement, there was a slight feeling of “Well, sure, now you say it that seems obvious.” in the tech world. After all, there had been so-called Facebook Phones before (I can think of at least three off the top of my head – the HTC ChaCha and HTC Salsa and the Nokia Asha 205) but this was, in retrospect, a really obvious and savvy move for Facebook.

Developing, manufacturing and marketing a phone would be a huge gamble and one that would be unlikely to translate into enough sales when that phone would be in competition with mobiles from Apple and Samsung. Facebook Home will work with a broad range of Android phones, giving a much broader user base than Facebook could ever have achieved alone.

Open and closed doors
What made this possible was Android, or rather the choices that Google made when they designed it. Android is designed to be open enough to be modified not only by licence holder for their own products but also to end users. There has been some speculation that Home is a way for Facebook to gain a measure of control over the Android platform but Google will still make money from mobile the way it always has – through advertising and revenue from the Play store. The company that should be worried by Home is Apple. 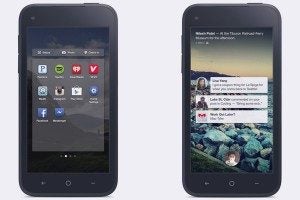 Home is not coming to iOS. On Android, Facebook’s coders could exploit the fact that apps are allowed to intercept and answer system calls for crucial functions such as messaging and app launching and more flexible background processes that allows apps to communicate with one another. Under iOS, these functions are locked down and under sole control of Apple apps.

Apple has its reasons for locking down iOS and many of them are not only perfectly reasonable, but have arguably contributed to the iPhone’s success so far. By maintaining strict control of what a phone’s interface and its ability to launch apps and perform key functions, Apple ensures that users get a consistent user experience. Mobile networks can’t stuff iPhones with shoddy bloatware and web portals, and manufacturers can’t tweak the home screen to steer you into running proprietary apps or their own revenue-sucking app stores.

Aesthetics are important too. Elegant, functional design is part of Apple’s nose-to-tail product experience and the idea of letting another company splatter the home screen with not only a rival product but an ugly rival product is unthinkable.

But maybe it is time to think it. There are over one billion Facebook users now. In the UK and US, just over half the population uses the social network. In Qatar it is around 80 percent. Millions of people around the world now use a mobile device as their primary or only means of accessing the internet. 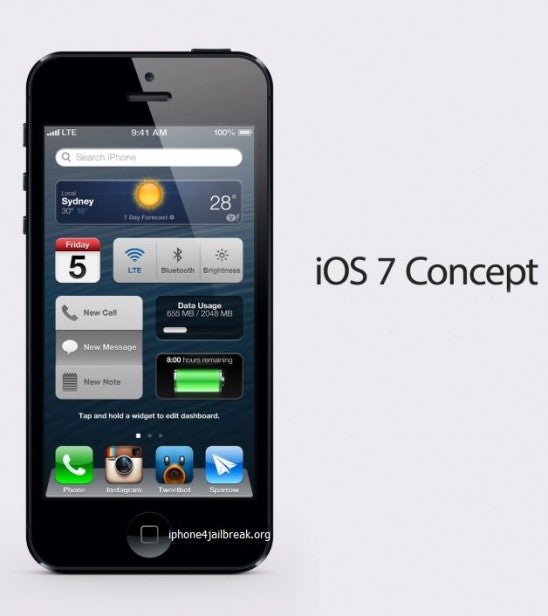 There is a huge potential market for smartphones that can make it simple and fun to access Facebook. That the first prêt-à-porter phone running Home will be the low-end HTC First clearly shows that Facebook thinks it can mop up a lot of its users who don’t mind too much if they aren’t running the latest, priciest handsets but to a hardcore Facebook user on an iPhone, this could be the thing that tips them over into wanting to defect to Android.

Android hasn’t really had a killer app yet. There is no Android-exclusive game that leaves iOS users gawping (to be honest, there aren’t that many Android-exclusive games, full stop.) and although individual phones have their stand out features there isn’t one universal app or feature that draws people to Android over any other. Facebook Home could be that feature.

When asked about the possibility of an iOS version of Home, Mark Zuckerberg was clear that it chose Android as it “..is open so we don’t have to work with them.”

“We have a great relationship with Apple,” Zuckerberg said in a post-launch Q&A for Home. “Anything that happens with Apple is going to happen with partnership.”

Such a partnership difficult to imagine at the moment. Apple’s control over its operating system is absolute and even if it was persuaded that such a relationship would be beneficial, the design of iOS itself would be a block on change.

The kind of deep integration that Facebook would need to replicate the Home experience on iOS would either mean that non-Facebook users will have to put up with unnecessary changes or that a Home-friendly version of iOS would have to be spun off.

Neither possibility is ideal, so perhaps it is time for Apple – ever so gently – loosen its grip on iOS. Just something as simple as allowing users to add Widgets to their home screen could allow a fair chunk of Facebook Home’s basic function. Allowing it to integrate with the pull-down notification bar could be another way for it to offer some of Android Home’s ubiquity without major changes to the iOS interface.

This would help Facebook in the short term and may stop a few more Facebook power users from defecting. It is likely that more companies will look at what Facebook has done with Android and try to create their own home screen add-ons or interface tweaks. Apple might survive a Facebook exodus, but staying closed could prove costly if Android’s killer app really does turn out to be openness, after all.