Clash Royale is a craze that won’t stop, mainly because it is an excellent free-to-play mobile game with fantastically addictive mechanics. it also helps that the game never really demands you dig into your wallet and pay for its microtransactions. Clash Royale has quickly become the perfect way to spend any journey or bathroom break.

For players of any skill level, knowing which cards to take into the arena can be the difference between a crucial win or devastating loss. Having a good balance between cost and range is vital to any battle..

TrustedReviews has put together a guide to help you create a lethal deck that will help take on any foe.

While elite players may have cards you currently don’t, seeing how they balance their deck in terms of elixir cost, range and the way they use cards you do have available is a great way to strategise for your own fights.

Clash Royale, in a way, includes its very own video guides in the form of player replays. Being able to watch countless battles of other players will teach you which cards work well and why, so make sure you make use of this.

While it can be tempting to fill your deck with all of the best cards can often cost a lot. It’s no good having to wait ages before you can deploy anything on the battlefield, as your opponent will be flinging everything they have at you before you have a chance to defend or even plan an attack of your own.

Make sure you have a balance of cheap cards and the more luxurious ones in order to be prepared for anything. 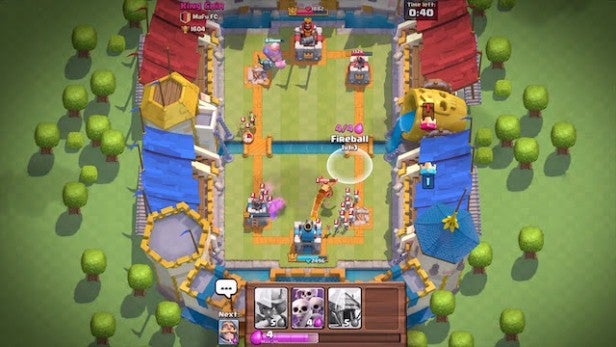 The ideal average elixir cost should be around 4.0 maximum. Anything above this and you could be in trouble. You need to be able to deploy multiple troops at once without requiring maximum elixir at all times.

Clash Royale tips – Make sure your deck can attack from anywhere

Including a range of archers, ground troops, flying enemies and items which can be thrown is vital to winning matches. Every card has a weakness, so making sure you have a counter to it will really help.

The Prince – a card often used by many players – is weak to the Skeleton Army, as he’ll be swarmed by it and dead within seconds. If you find yourself against a few princes, stick the undead horde in your deck. However, the Skeleton Army can easily be killed with projectiles like the arrow barrage or fireball, so make sure you are prepared for this.

The general rule is to have archers to deal with flying enemies (minions and baby dragons can be a nightmare for ground troops) and swarms to overwhelm powerful melee attackers. The Valkyrie can sweep aside a Skeleton Army, though, so make sure you have something to deal with that eventuality.

Clash Royale cheats – Have some distractions

Having some cards in your deck which force your opponent to spend their elixir defending are wise investments.

The Giant or Giant Skeleton can be great because they require an awful lot to be killed, meaning your opponent’s elixir bar will be depleted. This gives you a chance to attack the other lane. 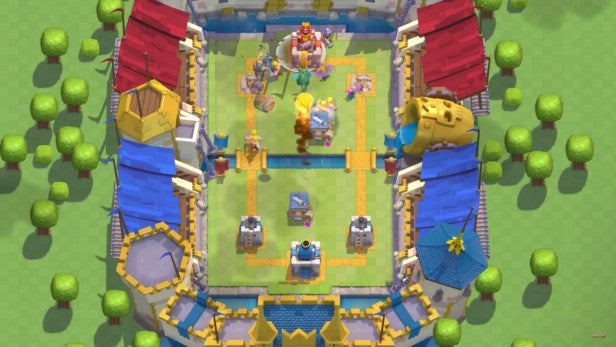 The one downside is that they’re pretty expensive, so counter for this wisely.

Build a deck around a strategy

Are you planning on all out attack early? Do you look to plant loads of huts and win the war slowly and at the closing moments? Make sure whichever deck you build is balanced and focused around a play-style. It’s no good having a mishmash of different cards capable of all doing the same thing.

Sometimes a supposed weak card will be better than your preferred minion because it is a higher level. You may notice advanced players using Skeletons often once that card reaches a higher level. It’s because they can become pretty useful, so make sure you’re willing to adapt and change as you improve the individual cards.