Last week the Bluetooth Special Interest Group (SIG) announced the adoption of updates to the Bluetooth 4.0 standard that shift it to version 4.1. A point iteration sounds uninteresting, but it is the first significant update since Bluetooth 4.0 was introduced back in 2010 and comes with a great weight of expectation.

The job of Bluetooth 4.1 is to drive the ‘Internet of Things’ (Io, namely the thousands of smart, web connected devices – from fridges to toothbrushes – that are expected to enter our lives over the next decade. This includes smartwatches, a continuing topic of interest among manufacturers and tech enthusiasts.

There are three major improvements at the heart of the Bluetooth 4.1 specification:

1. Coexistence
Bluetooth and 4G (LTE) famously don’t get on: their signals interfere degrading one another’s performance and draining battery life. Bluetooth 4.1 eliminates this by coordinating its radio with 4G automatically so there is no overlap and both can perform at their maximum potential. Given most phones will come with 4G next year this is a vital improvement.

2. Smart connectivity
Rather than carry a fixed timeout period, Bluetooth 4.1 will allow manufacturers to specify the reconnection timeout intervals for their devices. This means devices can better manage their power and that of the device they are paired to by automatically powering up and down based on a bespoke power plan.

In short: devices are no longer all treated the same and the randomness of Bluetooth connections / disconnections and the power drain this causes should reduce dramatically.

3. Improved Data Transfer
Bluetooth 4.1 devices can act as both hub and end point simultaneously. This is hugely significant because it allows the host device to be cut out of the equation and for peripherals to communicate independently.

For example, whereas previously a smartwatch would need to talk to your phone to get data from a heart monitor, now the smartwatch and heart monitor can talk directly saving your phone’s battery and then upload their compiled results directly to your phone. This is crucial to the Internet of Things concept: peripherals become independent and can build their own networks before bringing the collation of all their data to you.

What does Bluetooth 4.1 mean for developers?

The combination of these three elements potentially transforms the devices developers can build. A scenario would be an LTE capable phone that operates without any interference while using a Bluetooth connection, automatically saves power disconnecting and reconnecting to Bluetooth peripherals as necessary and is not needed for these peripherals to communicate together before they send their aggregated data back to the handset on demand.

Crucially, Bluetooth 4.1 is an upgradeable path for all existing Bluetooth 4.0 devices as well. The changes can be made (at the manufacturer’s discretion) through patches applied over the air. Consequently devices you already own may be about to get a lot smarter.

Like all other Bluetooth iterations, Bluetooth 4.1 will also be fully backwards compatible with earlier versions, but you will need communication between 4.1 devices to see its benefits.

Bluetooth 4.1: What are the catches?

While Bluetooth 4.1 greatly expands the potential of interconnected devices, there are a few elements which cause some concern.

Notably, since Bluetooth notoriously operates at unregulated frequencies, v4.1 lays the foundations for the creation of dedicated channels. The most sensible route will be using IPv6 at the sensor level, but this has yet to be implemented and there is no timeframe currently for doing so.

The other downer is the surprising laxity around the attainment of Bluetooth 4.1 status. For the first time since the adoption of Bluetooth 2.0 EDR (Enhanced Data Rate) there are no mandatory features that must be claimed to use the Bluetooth 4.1 specification.

This means manufacturers won’t have to implement ‘Bluetooth Smart’ low energy (LE) functionality or even EDR to get 4.1 branding. The upgrade path from the more strictly observed Bluetooth 4.0 should minimalise shoddy upgrades, but new 4.1 devices could potentially be lacking in some crucial features with no easy way to check.

The logic is likely to be so developers don’t need to burden their devices with anything they don’t need, but it does little to inspire confidence when the standard can be inconsistent. 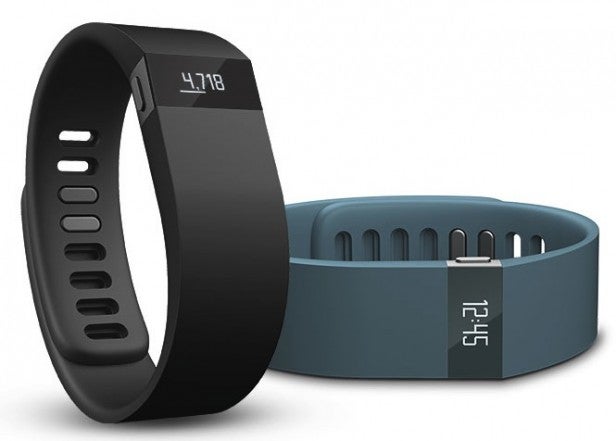 When can I get it?

The first Bluetooth 4.1 patches for 4.0 devices will – depending on a manufacturer’s motivation to upgrade – start arriving in early 2014. Upgrades to influential devices like the iPhone, iPad, Samsung Galaxy range and Google’s Nexus lines should drive demand for Bluetooth 4.1 enabled peripherals and we would also expect early adoption in the fitness sector (with devices like the Fitbit Force – above).

SIG itself says it expects explosive growth in Bluetooth devices over the next five years and predicts it will ship over 4.5 billion chipsets.

“[With 4.1] We updated the Bluetooth specification to address this projected growth, making changes to give developers more control in assigning a role to their product, limiting interference with other wireless technologies, and allowing Bluetooth Smart products to exchange data faster and maintain connections with less manual intervention,” said Suke Jawanda, chief marketing officer of Bluetooth SIG.

“These updates reflect the demand we see in the market. We will continue to sculpt Bluetooth wireless technology to extend its critical role in enabling the Internet of Things and ensure it is the very best solution for OEMs, developers and, ultimately, consumers.”

Should Bluetooth 4.1 devices perform as expected, we can safely say this is marketing rhetoric which should live up to the hype.